Major League Baseball: Can the league begin their season in one state? 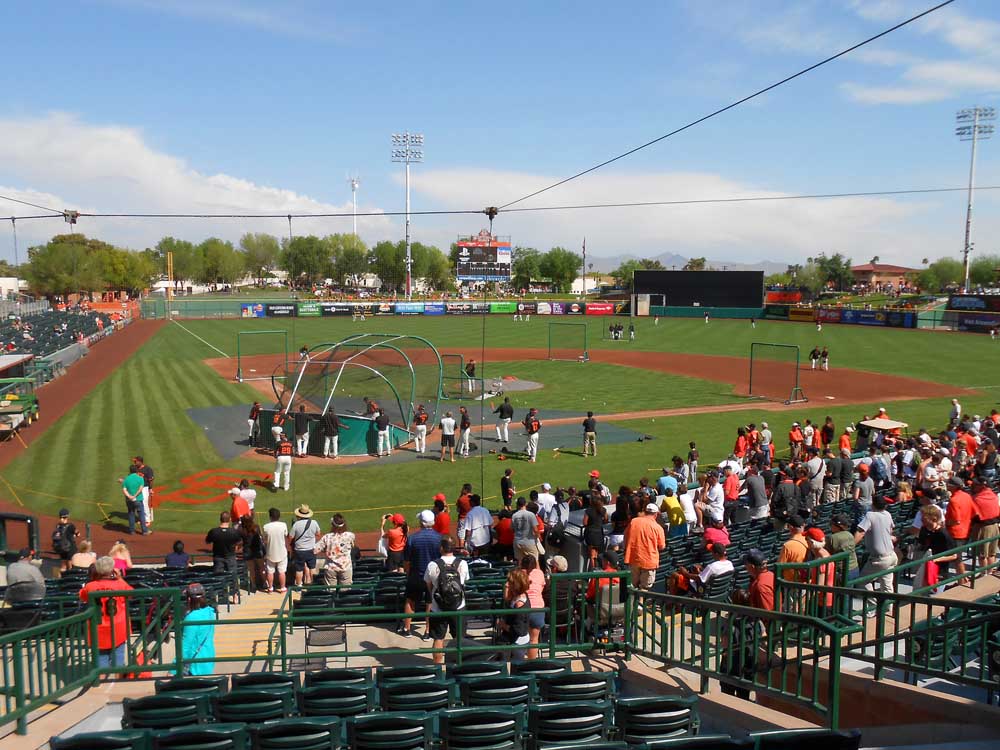 When and if the 2020 major league baseball season gets underway, there are big questions surrounding it. Will empty ballparks will be the norm and can the teams play in their home parks? How will they get from place to place? The first part does, at least for now, seem to be a bit of a no-brainer. But it’s the second part of this statement that is starting to get some attention. Last week, rumors about where the season might begin appeared on social media platforms. The one that was getting the most attention was the idea of the 2020 season, at least in part, starting in Arizona.

There are fifteen MLB teams that call Arizona home for spring training. Some of those teams share a spring training site. Plus, you have two Pac-12 conference schools in Arizona and Arizona State that have ballparks that could be used in a pinch for games. Not to mention, Chase Field is the home of the Diamondbacks. Travel could be the least of the problems in something like this because, for the most part, we are talking about bus trips, short ones at that.

The thought might be that all of these parks could be used to play day-night doubleheaders. This will give teams a chance to get their seasons started. Maybe, in say, a five-week time frame. At least until the early part of July. But is it a wise idea to have all players of these teams in one centralized location at the same time, even if no fans would be allowed to be in the stands to watch these games be played?

We all know we live in uncertain times and some players have already come out and suggested that this may not be a good idea. The risk may not be worth the gamble of trying to pull this off. Baseball players and fans of the game want the 2020 season to get started and played, but at what cost? The issues and logistics of trying something like this would be hard enough. But with the health concerns, we all have at the moment, having the possibility of thirty 40-man rosters in the same general area does not seem too smart. Not to mention all of the people that work behind the scenes for these teams. Washing uniforms, practice gear, cooking pre and post-game meals for the players and umpires. Things that up until now, were not really thought of now have to be taken even more seriously than ever before.

Keep in mind, this is just an idea that is being thrown around. Nothing is set in stone as to how or if the season will be played. Major League Baseball is looking into everything that could help them make a sound determination on the subject when the time comes. And as each day goes by, fans will hear more ideas that may or may not work. This is not an easy decision for the commissioner to make as both owners and players would like to go ahead and play. But they also know that it’s really out of their hands at the present time. The good news is a window to play the season in some form still exists. A shortened schedule does look like the only way we play any games at all. However, the how and if are still to be determined.