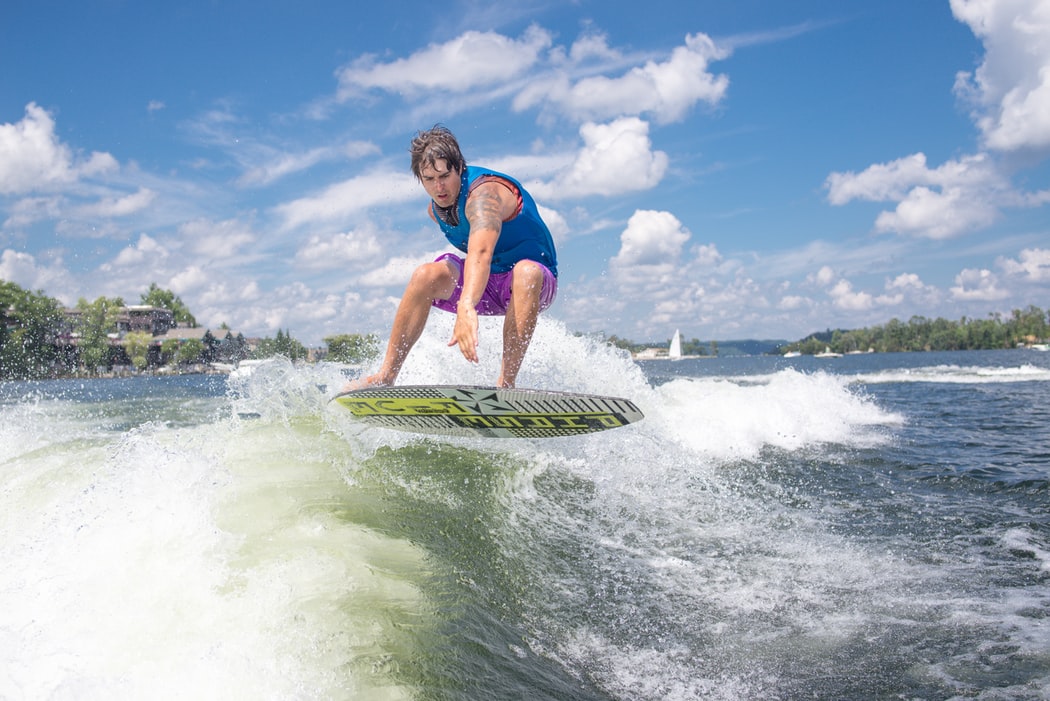 With Roger Goodell headed to jail, and Ricky stocked up on weed, the crew headed for the Daytona Beach sand.

“Hey look,” said AB. “There’s another air balloon about to crash in the ocean.”

“Two air balloon crashes off the same beach in two consecutive days,” said Bledsoe. “We must be hallucinating. Good thing I brought my stash of wine bottles so I can drink on the beach all day long. That will help us make more sense of all this.”

The balloon crashed. Six people swam towards the shore.

Three emerged from the water on the shore wearing bikinis: Bo Derek, Gisele Bundchen, and Annette Funicello. Bo wore the red one she rocked in the movie “10.” Gisele sported the Tampa Bay Bucs colors, maroon and dark gray. Annette wore a red white and blue bikini worn in the 1950s, which covered more skin.

The three dudes were Frankie Avalon, who starred with Annette in “Beach Blanket Bingo”; Eric Von Zipper, the clumsy biker in that same mediocre movie; and Rob Gronkowski.

Gronk wore a thong with the Bucs colors.

“I’m coming out of retirement to play for the Bucs with my boy Tommy B.,” said Gronk. “Give me a hit off that joint, Ricky.”

“Is that one in the Bucs bikini your wife, Tommy?” asked AB.

“And who’s the one in red?” asked Ricky.

The group passed the joint around. And they each took big swigs out of Bledsoe’s wine bottles.

Suddenly they all heard music 20 feet away on the beach. These were the lyrics:

Don’t be afraid to try the greatest sport around
(Catch a wave, catch a wave)
Those who don’t just have to put it down
You paddle out, turn around and raise
And baby that’s all there is to the coastline craze.

Everybody started dancing right there on the beach. Gronk gyrated in his Bucs-colored thong. Annette grooved with Frankie. Von Zipper and Bledsoe bumped with each other. Ricky danced with Bo, AB with Gisele. Brady rolled around in the sand.

Surfers took to the waves.

“Tom, it’s Robert Kraft. Bill Belichick and I are still stuck in Montana. I can’t get my private plane to come pick us up. All airports are closed. There are no limo services. We don’t have a car. And you guys crashed the air balloon. We’re mired in Montana.”

“Hey listen, Robbie,” said Brady. “You hear the Beach Boys playing ‘Catch a Wave’? It’s rockin’ here in Daytona. We’ve got Bo Derek dancing. Gronk has come out of retirement to play with me for the Bucs. And most importantly, you and Belichick aren’t here. The party is just gettin’ started. Have a nice life.”

Gronk is now up on stage with the Beach Boys gyrating in his thong. This is making all the college girls nuts.

Then Gronk takes the microphone.

“I want to announce to the world right now that I’m coming out of retirement to play with Tom Brady for the Tampa Bay Buccaneers,” he said.

From his newsstand on the beach, Sammy Sportface posts this news on NGSCSports.com.

The beach party loses control and all sense of purpose. Von Zipper strips off his biker jacket and jeans. Nude, he shows off his tattoos of guys riding motorcycles. Then he races into the ocean and takes a whiz.

Bo Derek and Giselle start cuddling in the sand. AB and Ricky watch them.

So Ricky and AB cuddle with the two supermodels in the sand.

“Gronk is coming back,” yells Brady. “That’s all I care about. The Tampa Bay Buccaneers are going to win the Super Bowl. And I will prove to everybody once and for all that I’m the reason the Patriots won six Super Bowls.”

Frankie Avalon doesn’t quite know what to make of all this.

“I was a star in 1960s beach movies,” he thought to himself. “We didn’t drink or smoke weed and no one wore thongs. And supermodels didn’t cuddle on the beach with ex-NFL players. Give me some pot. Once I’m high this will make more sense.”

Brady notices his wife Gisele is one of them.

“Hey TB, aren’t you concerned Gisele is fawning all over Gronk?” asked Ricky.

“Nah, she’s been doing that for years,” said Brady. “In fact, the real reason Gronk is coming to the Bucs is to be with Gisele.”