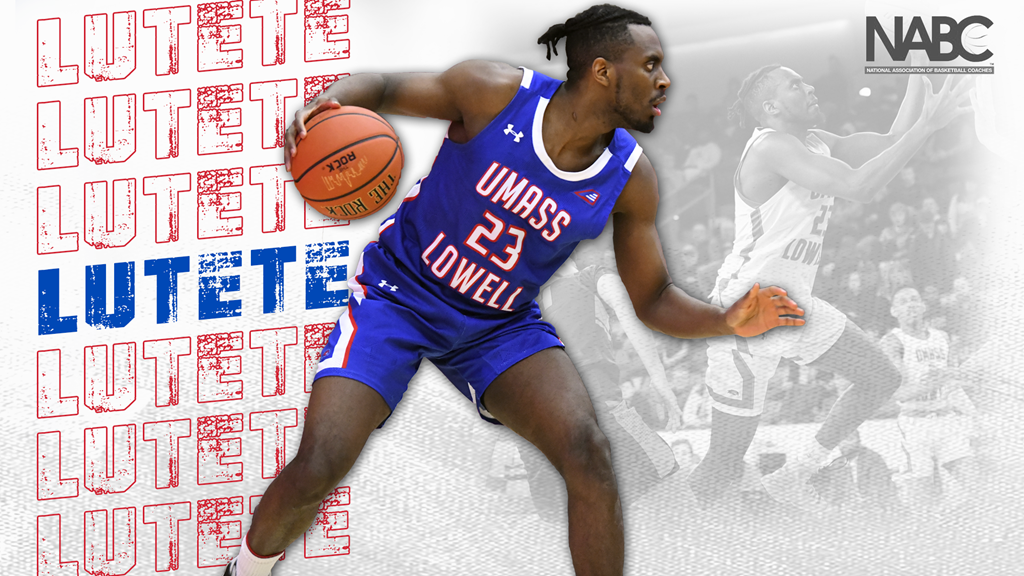 The guard wrapped up his final season first for the River Hawks and second in the America East with 19.3 points per game. He added a team-best 7.0 rebounds per game and a 51.6 field goal percentage. He also set a Division I single-season program record with 619 total points.

On November 8 at LIU, Lutete broke a 53-year-old school record with an incredible, 51-point performance. In doing so, he became just the second America East player ever to tally 50 or more points in a single contest and the first to do so in 25 years. Lutete also set a new career-high and DI program record with 16 field goals in that contest, while matching a personal-best seven threes.

He finished his tenure with 30, 20+ point scoring games and 14 double-doubles, and is ranked second on the school’s Division I record list for career field goal percentage (52.5).

The All-District teams are selected and voted on by NCAA Division I member coaches of the NABC. Lutete was one of just five America East student-athletes to earn NABC All-District accolades this season.