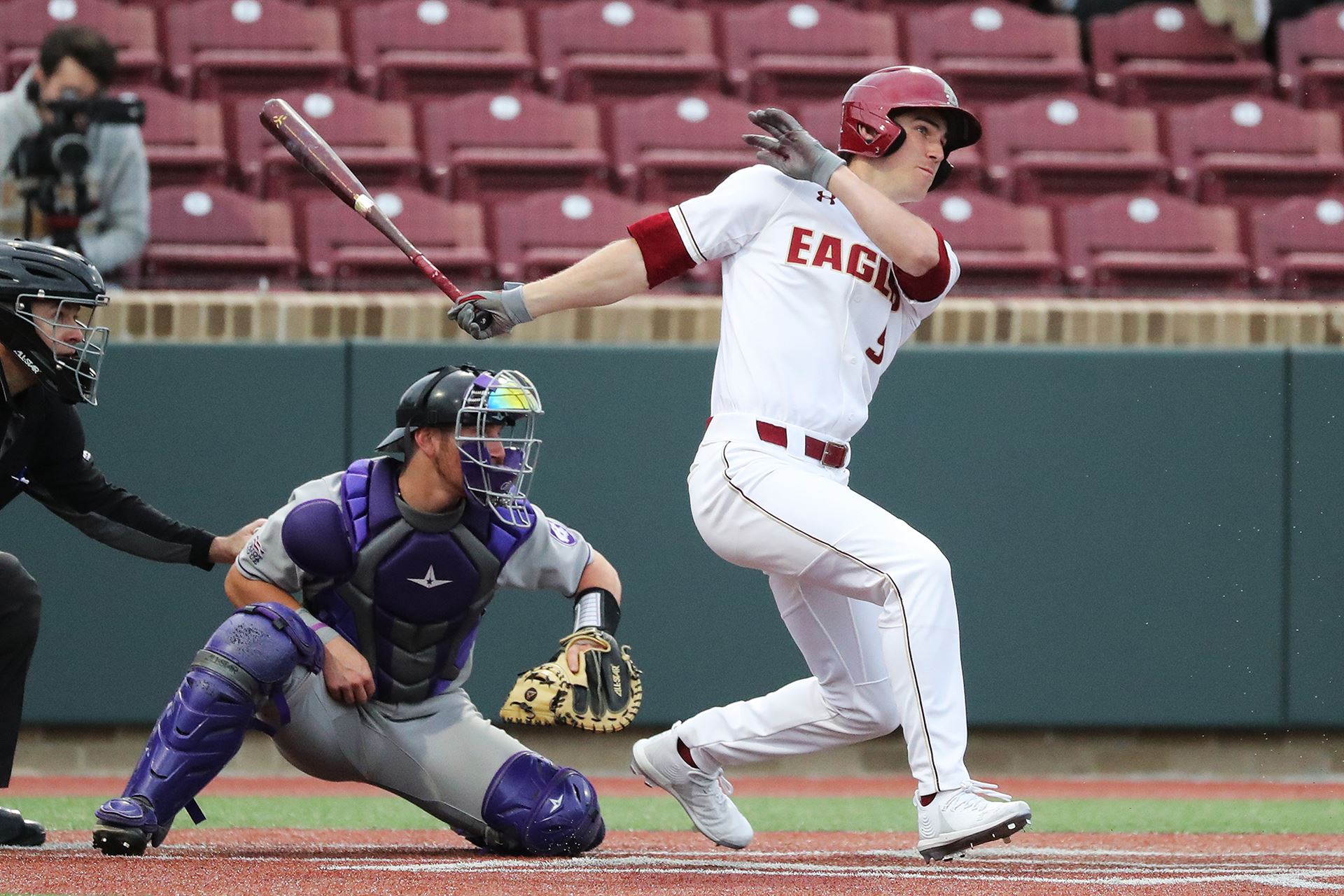 BRIGHTON, Mass. – The Boston College baseball team won its home opener, 10-7, over Holy Cross at the Harrington Athletics Village on Tuesday night. The Eagles snapped a four-game losing streak and improved to 6-9 on the season, while the Crusaders dropped to 5-10.

BC built a 5-1 lead after two innings, but Holy Cross battled back with two runs in the fourth and two more in the sixth to tie it before the Eagles pulled away with a three-run bottom of the sixth.

Senior first baseman Jack Cunningham (South Riding, Va.) drew a bases-loaded walk to put BC back in front in the sixth. Freshman second baseman Luke Gold (Ballston, N.Y.) immediately pushed the Boston College lead to 8-5 with a two-run double past third base.

The Eagles used five pitches; the first four coming from the BC freshman class. Right-hander Evan Moore (Rocky Hill, Conn.) went 2.2 innings in the start and struck out four while scattering five hits and allowing one run. Lefty Daniel Baruch (Cranston, R.I.) got his first collegiate win with two innings pitched. Baruch (1-0) surrendered two unearned runs and struck out a pair. Sophomore lefty Ryan Smith (Tarrytown, N.Y.) got his first career save; entering with the bases loaded and one out in the ninth.

Cunningham powered the BC lineup with a 3-for-4, three-RBI night. Gold tacked on three RBI, while senior left fielder Joe Suozzi (Glen Cove, N.Y.) drove in two runs with a triple in the second.

UP NEXT
Boston College hits the road to visit No. 11 North Carolina State beginning Friday at 6:30 p.m.