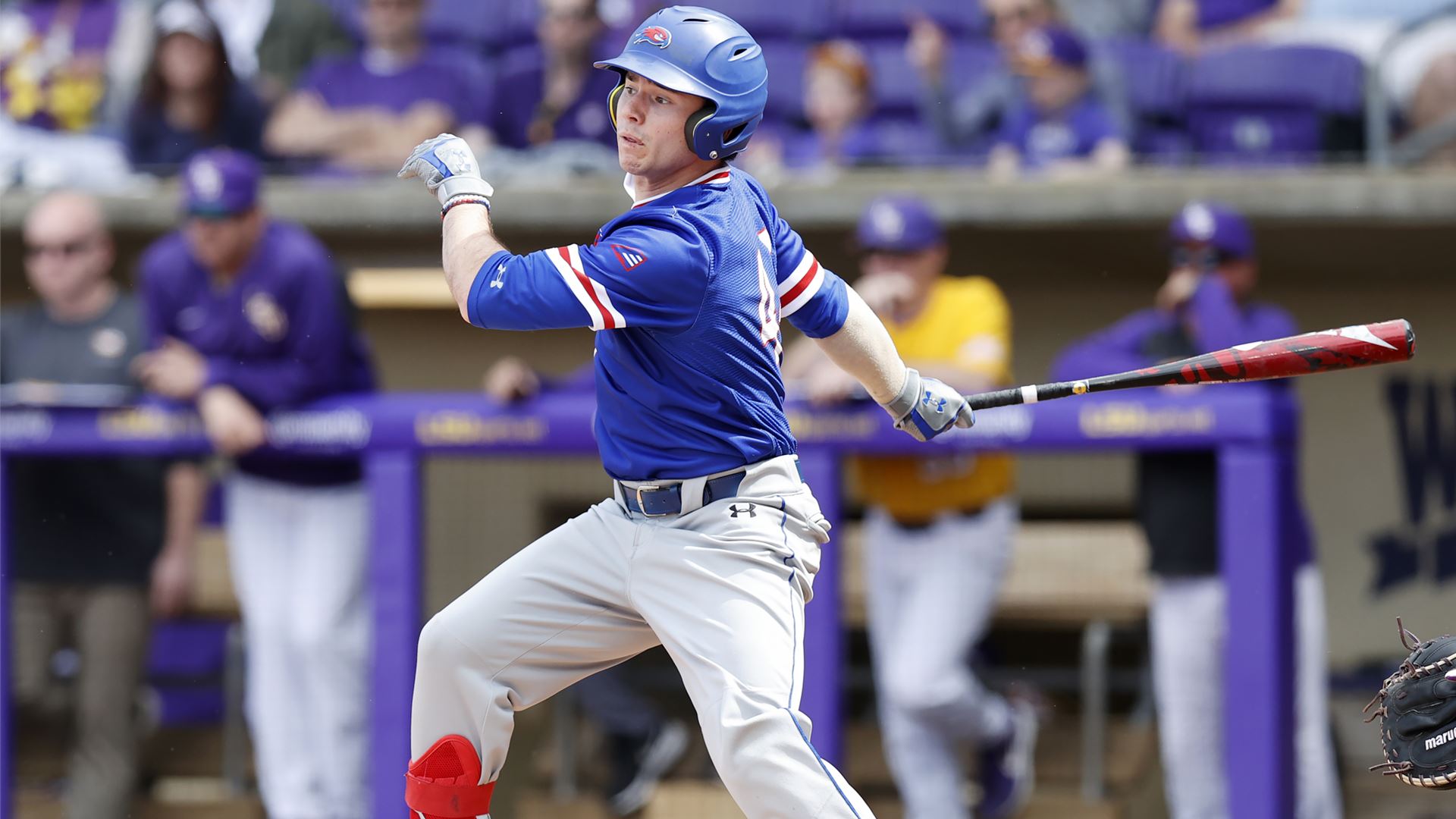 CHARLOTTESVILLE, Va. – Virginia scored early, often and in unrelenting fashion, Tuesday afternoon, en route to a 24-5 win against UMass Lowell in the first of a two-game series at Ted Davenport Field at Disharoon Park in Charlottesville, Virginia.

The Cavaliers jumped on top almost immediately.  They scored seven times in the first inning, many of the River Hawk wounds were self-inflicted.  Errors and walks were key ingredients, but home team batters also added a pair of doubles and four-bagger.  All seven runs were unearned.

Virginia wasn’t done.  They added six in the second inning, a Devin Ortiz grand slam provided the exclamation mark.  It was 20-0 by the time four innings were complete.  Virginia added two more in the fifth and single runs in the sixth and eighth innings.  The 24 runs scored by the Cavaliers are the most allowed by UMass Lowell in a single ball game.  It was also the eighth time Virginia has reached double digits this season.

The River Hawks were determined not to disappear into the night without a sound.  The visitors put up a four-spot in the fifth inning.  A freshman Garret Roberts (Stratham, N.H.) singled through the left side brought the first man across the plate.  The second run scored on an infield out.  Juniors Vinnie Martin (Lodi, N.J.) and Joey Castellanos (Nutley, N.J.) also drove in runs with singles.

For Martin and Castellanos it appears to be a never-ending story of production.  Castellanos has hits in twelve of fourteen games and eight runs driven in.  Martin has hit in ten of thirteen and has reached base by hit or walk in all thirteen.  The left-handed swinging Martin has seven RBIs.

Five UMass Lowell pitchers worked from the mound.  All five gave up runs.  The most encouraging performance may have been turned in by junior right-hander Henry Funaro (Lowell, Mass.) who worked the final two and two-thirds innings allowing just one run.

The two teams will wrap up the two-game set on Wednesday morning at 11:00 a.m.