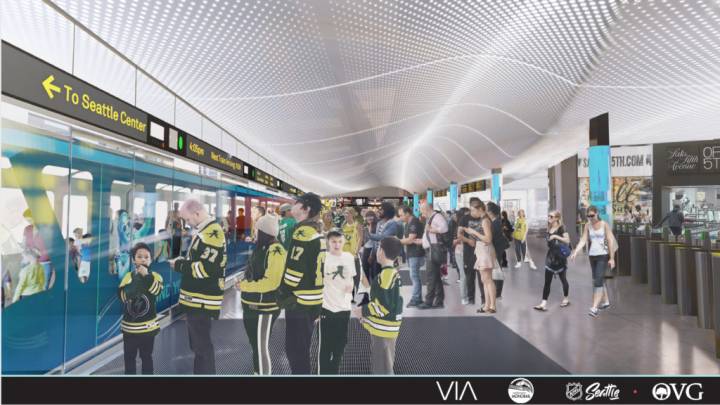 The NHL Seattle Expansion team has been generating a lot of interest in itself recently, although perhaps nobody was prepared for its latest announcement. On Tuesday, the team said that it will provide free public transport for all fans that attend games at the New Arena based in the Seattle Center.

All of the season tickets held by fans, as well as single-game tickets to support the expansion team, will include a fully subsidized public transit, organized via ORCA. The team is to begin play in the 2021-22 season of the NHL, and with this announcement, it will become only the third sports team to provide this benefit to fans in the United States. The only other two are the Phoenix Suns and the Golden State Warriors of the NBA.

Speaking of the decision to do this, NHL Seattle CEO, Tod Leiweke said that paying for those fans who don’t have a company-sponsored ORCA card to be able to use public transport will help “reduce traffic congestion and its impact on the environment”. Leiweke pointed out that it’s quite fortunate that the arena is in a “wonderful, unique location”, and that encourages the team to think differently about how fans travel to and from games there.

According to the Vice President of Transportation for the team, Rob Johnson, it is expected that about 25% of the fans will take advantage of public transport to travel to and from games in the inaugural season.

Other Decisions Made by the Expansion Team

To combine with the free public transport announcement, the Seattle team announced that it will also make a capital investment of up to $7 million, which will cater to upgrades for the Westlake station for the Seattle Center Monorail. This will see an improvisation of the platforms, a more up-to-date ticketing system and additional elevator access at the same time. With such upgrades, fans will be able to take the monorail from downtown Seattle and to the arena in six minutes.

The New Arena at the Seattle Center has a projected completion date of next summer, right before the 2021-22 NHL season begins. Seattle was approved as the 32nd NHL team on December 4, 2018, although it is still in the process of deciding upon a nickname for the team. Rumors did come to light that it was intending to utilize the “Kraken” nickname, although this idea was debunked by the team on January 30, 2020.

The likelihood is that once the team begins playing, plenty of sports bets will be placed on it. Various online sportsbooks will need to incorporate the team into their options, including sites like Bwin. There’s actually a Bwin review by Silentbet that you can read through, just in case you’re looking for an online sportsbook to sign up to and place bets through. The NHL is available to bet on via this site already, so the Seattle Expansion will likely become a part of it once the 2021-22 season rolls around.