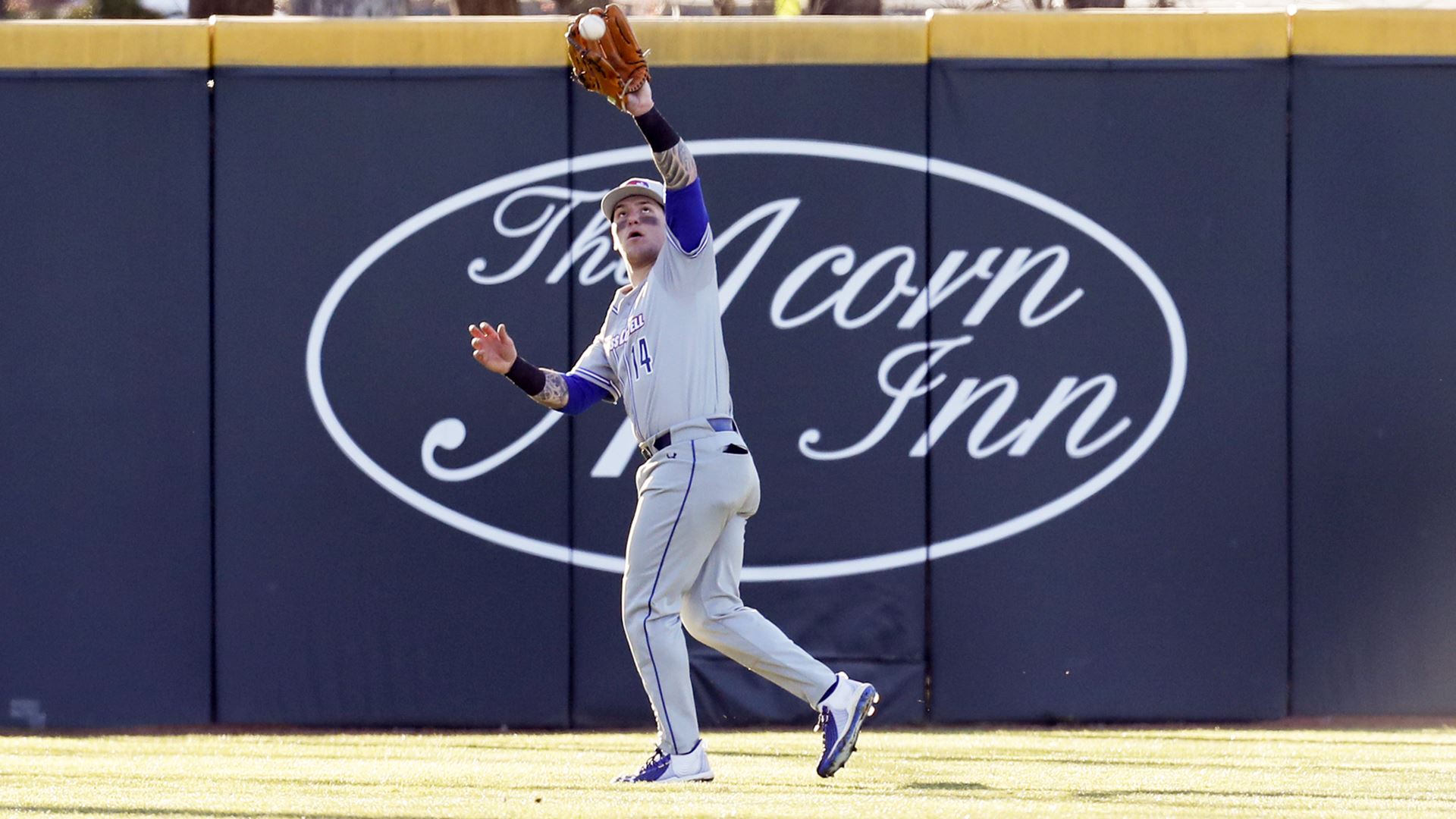 ELON, N.C. – Elon scored early and often as the UMass Lowell baseball dropped a 10-0 decision, Friday, in the first of a three-game series against the Phoenix at Walter C. Latham Park in Elon, North Carolina. With the loss the River Hawks fall to 3-2, Elon is 4-1.

The home team scored one in the first, three in the second and two more in the third inning building a 6-0 lead before fifth inning single gave the River Hawks their first base runner of the ball game.  Elon center fielder Tyler Cranston did much of the damage.  The leadoff hitter went four-for-five, drove in three runs and scored four.  He was one of two Phoenix batters to hit home runs.

The River Hawks never mounted much offense.  Junior Vinnie Martin (Lodi, N.J.) broke a streak of twelve UMass Lowell batters set down in order with a fifth-inning single.  He would get as far as third base, one of two River Hawks to get that far in the ball game.  In addition to the single, Martin walked twice.

The River Hawks only got three hits in the ball game.  The other two were both doubles; one off the bat of junior Joey Castellanos (Nutley, N.J.) in the seventh inning and one from sophomore Gerry Siracusa (Kinnelon, N.J.) in the eighth.  Fifteen of the River Hawks 27 out came by way of the strikeout.

River Hawk starter Henry Funaro (Lowell, Mass.) struggled against the hard-hitting Elon lineup.  He was tagged for six runs in the first three innings of work.  He allowed five hits, but three of them were for extra bases and one cleared the fence.  Funaro walked three and threw three wild pitches.  He did strike out four.

Sophomore Matt Draper (Lowell, Mass.) quieted things down for a while in relief.  He retired the first six in a row before running into trouble in the sixth inning.  He allowed three runs on four hits while striking out three.  He walked no one.

Freshman Garret Roberts (Stratham, N.H.) allowed one run on two hits in his one inning of relief.  He struck out two.

The River Hawks are expected to send Collin Duffley to the mound for Saturday’s second game of the three-game series.  The first pitch is scheduled for 2:00 p.m.