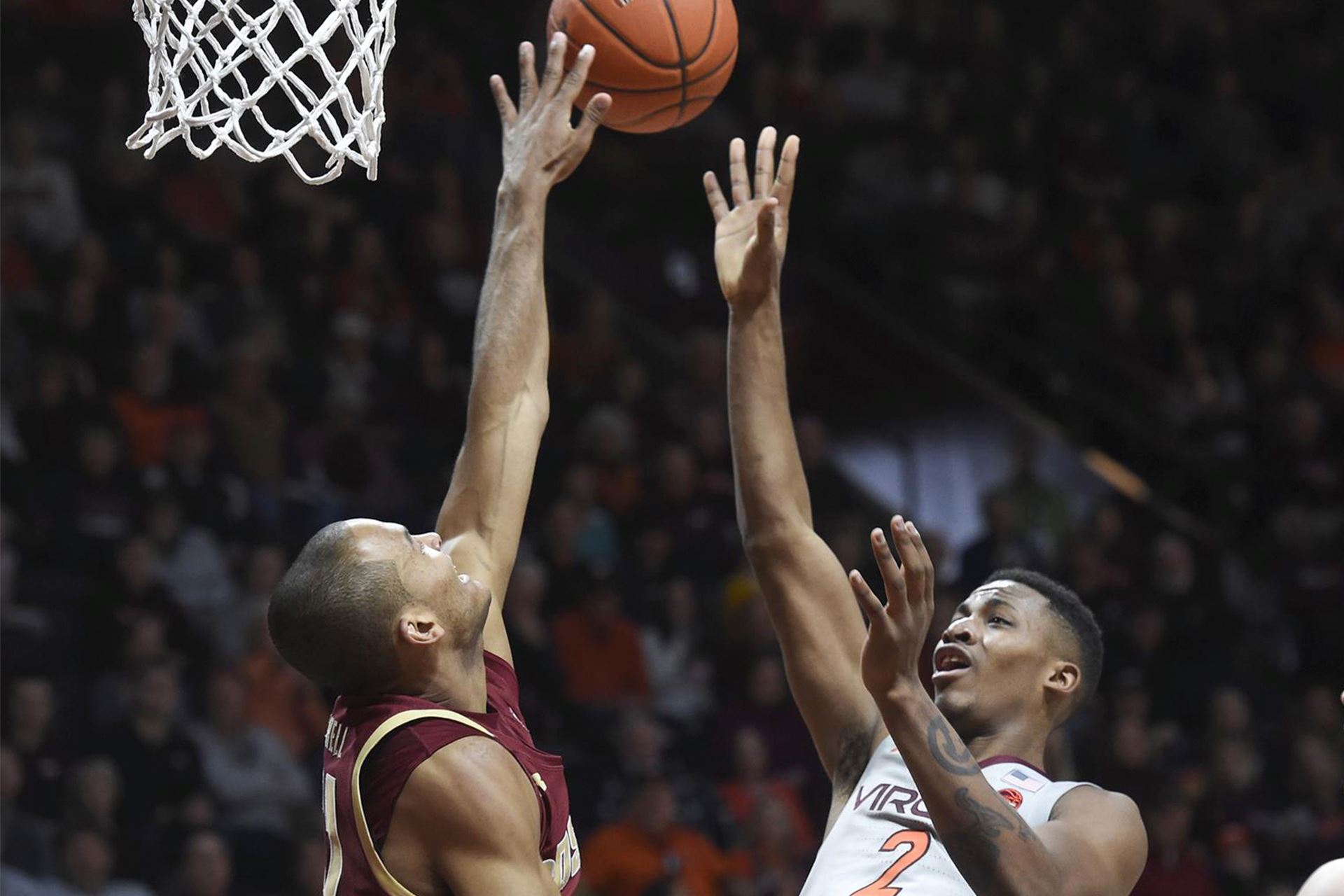 BLACKSBURG, Va. — Boston College erased a 12-point first-half deficit and outscored Virginia Tech, 44-35, over the second half and overtime periods in a 77-73 win at Cassell Coliseum on Saturday.

Steffon Mitchell put forth his best game in a Boston College uniform, finishing with 21 points, 15 rebounds, six assists, two blocks, and a steal in 43 minutes of play.  The 21 points and 15 boards tie his career-highs.

BC made four of its next five and connected on back-to-back 3-pointers from Nik Popovic and Jay Heath to start a 7-0 run.  The Eagles ramped up their defensive pressure, cutting it to 31-28 with 3:38 left in the period, holding the Hokies without a field goal for the next four-plus minutes.  Tech led, 38-33, at the break.

BC got within one – 40-39 – with 17:36 left before Virginia Tech scored five straight over the next two minutes to push it back to a six-point deficit.  But the Eagles pushed right back, scoring the next 12 points.  A Thornton 3-pointer started the run, Jay Heath knocked down two triples and a free throw, and Jairus Hamilton scored in transition to put BC up six – 51-45 – with 11:45 to go.

Another trey from Williams and a free throw from Jairus Hamilton put BC up four – 66-62 – with less than a minute to go.  But a Virginia Tech layup with 40 seconds to go, a missed front-end by Thornton, and two made FT from the Hokies with four seconds remaining forced overtime.