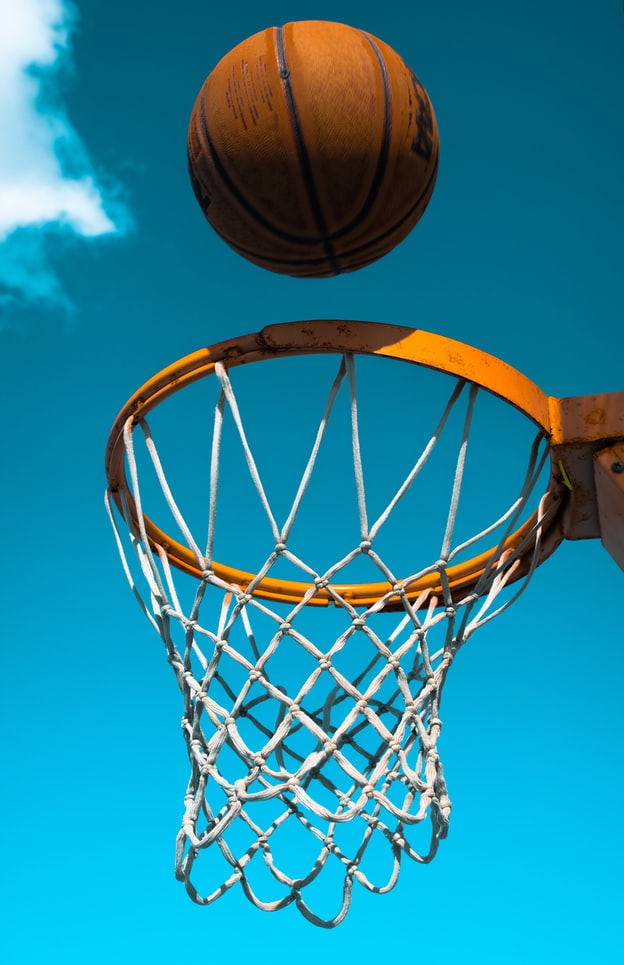 Whiffing Hoops Immortality. Everything was setting up nicely. Glory was going to be ours. We were going to be legends forever.

Our 1977 eighth-grade basketball team, led by Sammy Sportface, Rudyface, and Spoogface, had been dominant all season. Already champions of three tournaments, we also won our way to the city championship game against powerhouse St. Paul & Augustine.

We played for Little Flower School in suburban Maryland while our opponents’ cribs were in downtown Washington, D.C.

Neighborhood differences notwithstanding, we had no reason to be afraid. Rocking a 27 and 2 record, Las Vegas oddsmakers bet on Little Flower taking home the title, cutting down the nets, and stamping ourselves as immortals in Washington, D.C. schoolboy basketball history. The prodigious talents of Sammy Sportface differentiated Little Flower’s squad.

But then something untoward happened. We were doing layup lines to warm up. My big-reared and big-mouthed teammate, Rudyface, shot a half-hearted right-handed layup then trotted back into the opposite line where I stood. Sporting my fire engine red paints and white jersey (#15), I minded my own business and prepared to haul in a rebound.

Not only did this was this disconcerting for Sportface. It perplexed him. Rudyface blurted a  brainteaser. If we won, how could it be his fault? You don’t get faulted when you win. But for some reason that was the word Rudyface chose.

Rudyface felt nervous about the game he was about to play. Turns out it was the seminal moment of his brief and busted career because he got worse in high school.

With all the seventh and eighth grade girls in attendance plus the school’s priests and nuns, the moment mushroomed into something too big for him to process. Panicked that he would not play well and embarrass himself, he off-loaded his nervousness on Sportface.

Think about the exquisite timing. We were teammates. We were about to play in the biggest game of our lives. And he decided he wanted to play head games with his teammate who was, according to ESPN’s Mel Kiper, a much better player than he was.

Coming out of 8th grade, Sportface found himself blazing along the HOV lane to be an ESPN Top 20 recruit. He had realistic visions of being a one-and-doner later at Kentucky and eventually playing alongside Larry Bird for the Boston Celtics.

Rudyface figured it was more important to worry Sportface about how he would play, to feel immense pressure than to encourage him to play well.

Rudyface chose to say something that would help us lose

In other words, instead of saying something that would help his team win, Rudyface decided to say something that increased the chances the team would lose.

Several hundred fans showed up for this sure-to-be instant classic. Visions of a parish parade down Little Flower lane coalesced. The team was the big story in the school and around the D.C. area.

But none of them could appreciate then the trajectory or acceleration of the downward spiral that would crystallize once Rudyface said what he said to Sammy Sportface during lay-up line drills before the biggest hoops game of their lives and, as it would turn out, their entire basketball careers.

Early in the game, Rudyface dribbled wildly down the middle of the lane and heaved some Barnum and Bailey’s Circus shot from his hip that went in.

But from that moment on, Hell had its way.

Rudyface got the assignment to defend Linwood Davis. Man did he get schooled. Linwood made his first 17 shots from the field. He went on to be a star for the Roosevelt Rough Riders in high school and then the University of Oklahoma coached by the incomparable, big-toothed Billy Tubbs.

He missed his first 37 shots.

If you were to ask him, or even if you didn’t, Rudyface would share with you that Sportface made four of 64 shots in that game. Ten years ago, he told everybody Sportface connected on four of 44 shots; five years ago, Sportface popped in a putrid four of 54 shots.

As the decades have marched on unabated, the number of shots he made in that game totaled four while the number he missed increases. History doesn’t change. But Rudyface’s recollections of it always do.

Rudyface ripped Sportface after the game: “You tried to shoot yourself out of a slump.” In the ensuing 42 years, Rudyface has repeated this criticism tirelessly, endlessly, and incessantly. He feels it’s his duty to remind Sportface that the whole travesty of a basketball game falls at his feet.

Panicked, Johnnyface tells Sportface to “listen for once in your life”

During a time-out the team’s coach, it became clear that normally cool-headed Johnnyface had become agitated watching Linwood score on Rudyface and Sportface’s shots do not go in.

To change the game’s momentum, the coach concocted some lame-brained strategy. This was new and disconcerting at the time and remains so. We didn’t have any strategies throughout the season other than give the ball to Sportface and get the out hell out of his way.

Sportface wasn’t listening to Johnnyface. He was thinking about how many more shots he needed to take to break out of his slump.

Perturbed that his star player wasn’t tracking with the new game plan, Johnnyface asked him rhetorically, “Why don’t you listen for once in your life?”

Spiraling towards the abyss

Team dissension percolated and escalated. Panic paralyzed the entire squad. Unimpressed with how poorly their once-beloved team represented their parish, Little Flower’s priests and nuns got restless and thought about leaving early. The school was being publicly embarrassed.

Rudyface never could do anything to stop Linwood from lighting up the nation’s capital like the White House Christmas Tree. Big data analytics algorithms couldn’t keep track of all the points Linwood rained on Rudyface.

Rudyface blamed everybody but himself. This was his way, is his way, and always will be his way. But there was no getting around the fact that he was guarding Linwood and Linwood broke out big time that day.

Sportface never broke out of his slump

Sportface never did find his way out of his shooting slump. Part of his never-to-be-disclosed-until-now rationale was he became mesmerized by all the points Linwood poured on Rudyface. It was spellbinding – in fact, borderline barbaric — to witness one kid dominate another like that.

Spoogface offered no help. He just ran around and looked muscular because he had started lifting weights so he could be strong and play football at the tony Georgetown Prep in high school. Spoogface cared more about that than winning a massive basketball title that would have made even him immortal just for being on the team.

Little Flower got annihilated, humiliated, embarrassed, and whipped. Sure, they may have won three tournaments and won 97 percent of their 30 games. But none of that mattered. In the big game when the lights burned the brightest, they blew a fuse. They choked. They up Chucked.

Rudyface dumped all the blame on Sportface. He had warned him in advance that if Little Flower lost, it would be Sportface’s fault.

Rudyface never took any accountability for the full-on damage Linwood inflicted on the entire Little Flower community. In his mind, that was irrelevant. Sportface couldn’t make a shot, so his team lost and, in Rudyface’s mind, Sammy Sportface deserved to take the fall.

You would think after a few weeks or months all his would have been forgotten. You know, baseball season starts, people move, go to college, get married, have kids. They mature and let time heal their wounds.

But Rudy doesn’t know the meaning of “turning the page.” Every time Rudyface and Sportface see each other — which is rare because they’re incompatible — Rudyface reminds Sportface about his paltry shooting percentage in the biggest game of their lives. The blame game never changes in Rudyface’s telling of this terrible tale. Sportface choked under pressure.

Time plowed ahead. Kids came, misbehaved, then went off to college and misbehaved much more. Empty nest syndrome left Sportface and Rudyface forced to grapple with each other’s demons again.

For his own selfish reasons, Rudyface encouraged Sammy Sportface to unleash this blog. It gives him perverse pleasure to watch Sammy Sportface put himself out there for ridicule, just like in that championship basketball game. It’s a cheap thrill for him to watch Sportface walk off the edge.

“What a stupid idea”

“What a stupid idea,” Rudy told Sportface once the blog went live yesterday. “What’s this Baby Boomer Brotherhood stuff? You don’t inspire people, Sportface. Stop trying. This idea will go down in flames just like you did that day in eighth grade. All your projects bomb.”

But this time things were going to be different. Sportface new it. He felt it in his gut. He was being called to lead a mission, a movement, a cause bigger than himself — to galvanize The Baby Boomer Brotherhood to make seismic contributions to the world over the next several years. Deep in his bones, he believes in the foundational underpinnings of SS BBBB.

“This Baby Boomer Brotherhood movement is happening, Rudyface,” he said. “Climb aboard this Sammy Sportface high-speed locomotive. Or get out of the way.”

Rudyface wasn’t buying it. “Your blog acronym should be changed to SS BBBBB, which stands for Sammy Sportface Baby Boomer Brotherhood Blog Bust. I just want you to know, Sportface. If this blog goes big-time, it’s your fault. If it busts, it’s your fault.”