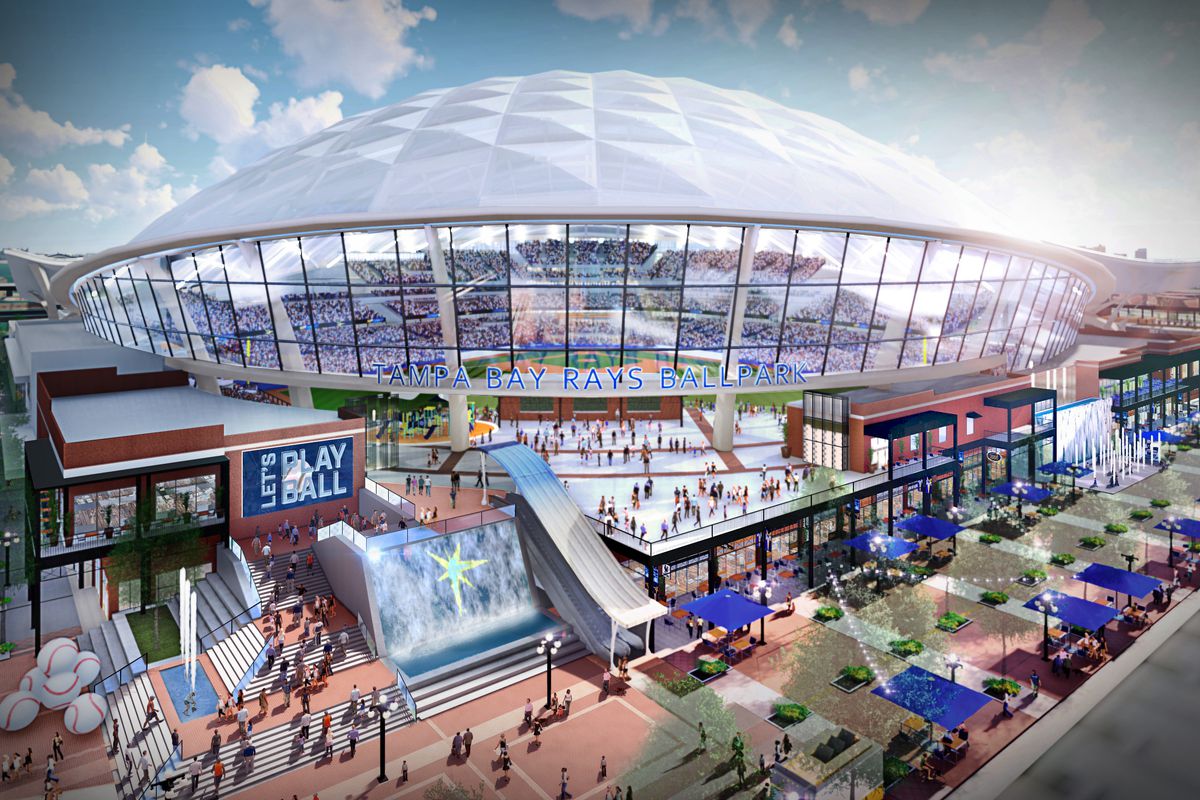 The Tampa Bay Rays are looking for a third straight 90 plus win season. That should be the focus of the fans. Instead, the focus is on the stadium and a split season. Owner, Stuart Sternberg wants to have a split season because the city of St. Petersburg, FL won’t agree on a new stadium. That also means they will not let the Rays build one in Tampa, FL either. The mayor of St. Petersburg, Rick Kriseman, has put his foot down and said if the Rays want a split season then he will not allow it. The Rays play in Tropicana Field which is under lease until 2027. They can buy out of the lease in 2024 if they choose to. Some more drama started just last week as now the city of St. Petersburg wants to develop the land around the Tropicana Field.

Tropicana Field was originally built for the Tampa Bay Lightning before they moved Tampa where Amalie Arena currently is. The stadium is now what many call an eyesore. The Rays have had winning seasons, but still, have trouble drawing fans. They have the second-lowest attendance in MLB. The funny thing is the team that has the lowest is the Miami Marlins. The Marlins built a new stadium just a few years ago and in the first year the stadium had many sellouts but after that, it has been empty. Sternberg saw this and doesn’t want to put up a lot of money to build a new stadium. He feels that the same thing will happen with the Rays. Many say that with Kriseman warning it will hold the Rays until 2027. The city knows how valuable the land is that Tropicana Field sits on.

The city of St. Petersburg wants to develop the city like Jeff Vinik is doing with the River Walk project in downtown Tampa. Vinik owns the Tampa Bay Lightning which many consider being the best organization in all sports. The ballpark sits on 86 acres of land. Many fans are hoping a new stadium would be built on it. The Rays also, as I said above, had permission to look in Tampa. They found a spot near Ybor City and it looked like the team would stay in the Tampa Bay area. Soon after, the city of St. Petersburg decided they didn’t want the Rays to leave St Pete. The new stadium deal is now a failure. The Rays also bought the Tampa Bay Rowdies which also have a stadium on the waterfront in downtown St. Petersburg. The new stadium would be for both the Rays and Rowdies.

The newest issue is the Rays are entitled to 50% of the cut. In the contract, it states that the city and club are to have an equal share. This has not come into place in the 25 years the contract was drawn up. To this point, Tropicana Field has failed to spur any development closer than 1st avenue. It continues to look like the team and the city is deteriorating. If the city decides to develop the parking areas around Tropicana Field, it will not help fans get to the stadium. With low attendance, they don’t want any more deterrents because it could scare fans away. This doesn’t look good because one or two things are going to happen. One, there will be a split season with St. Petersburg and Montreal. Two, the Rays would be gone permanently. Either way Rays fans need to worry.

What are your thoughts on the Rays stadium issues? Leave a comment below.