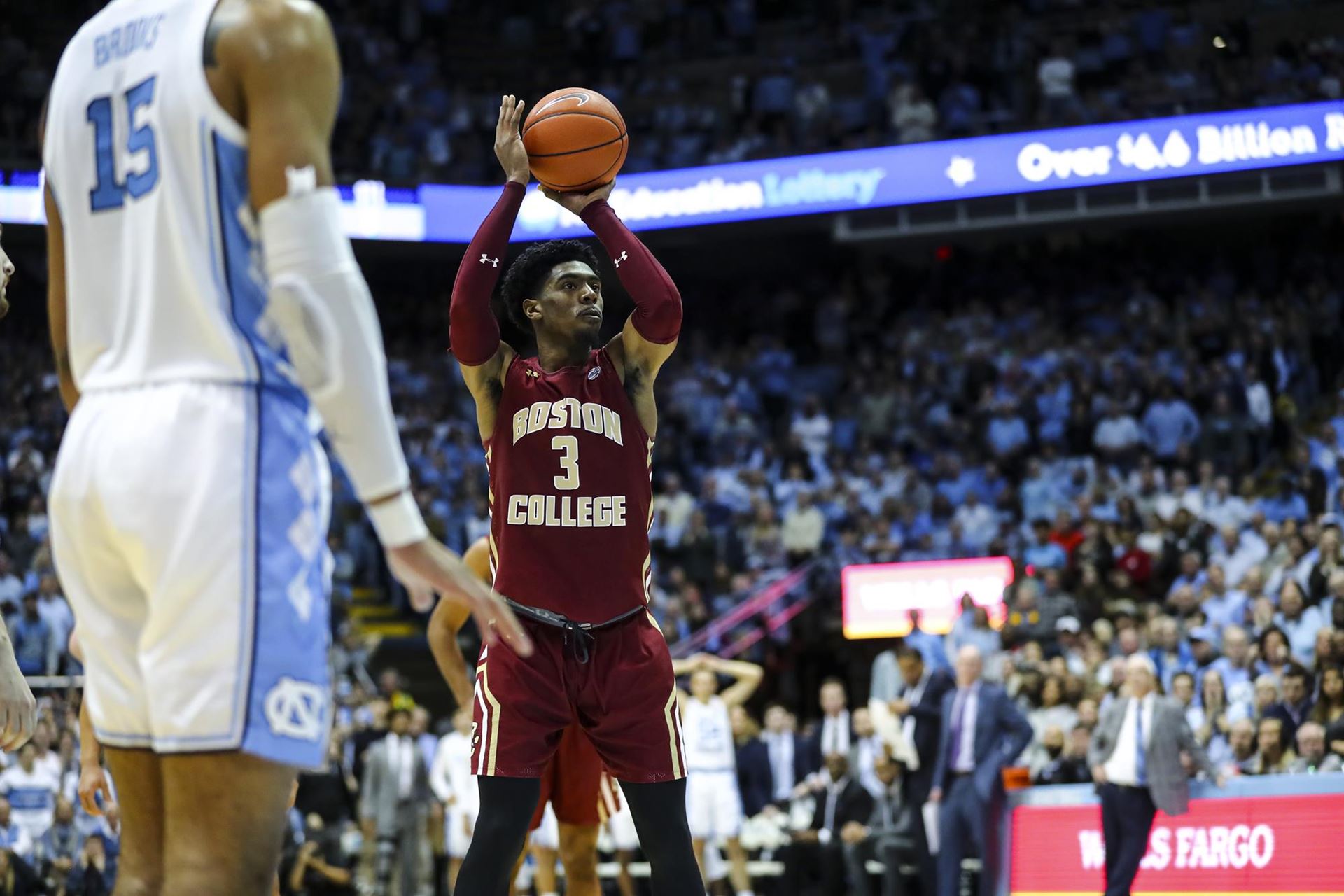 Hamilton, who was clearly fouled while attempting a 3-pointer in front of the Eagles’ bench, finished with a team-high 18 points.  The win by the Eagles snapped a 12-game losing streak vs. the Tar Heels, which dated back 10 years to the date.