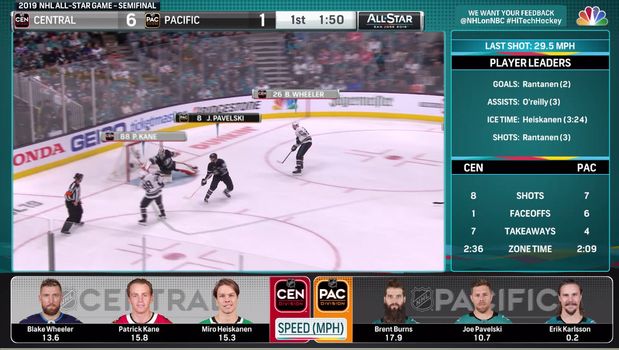 The urge to embrace analytics in sports has been a dream that is yet to come true. Nowadays, basketball and soccer have begun to make use of analytics. They are using it as a data tracking technology that has shaped data entry to automated form. However, a lot of people tend to see it as impossible to use analytics in hockey.

But this could be applicable even when the puck and the players skate accelerate up to high speeds. At that juncture, it may seem frenzied to compute. But since new touchstones of advanced stats have been applied for a while, a new age of big data for the NHL is about to be created as technology and sports converge. Have you heard this: sports analytics is going live this coming season? Well, now, you know.

How this Really Operates

The NHL has used the Hockey Information Tracking System for many years. This system has been used for logging aspects such as face-off wins; the time player is on ice and other crucial statistics. A team of professional statisticians performs this role using that system. This connotes that for that long period, the data has been taken manually with the help of a number of hired personnel. But when it comes to automated data tracking technology, it is easier, better, and quantifies more data than you would think. This technology was recently deployed in 2019 and is still expected to go mainstream.

See, the pucks will be particularly developed with chips for tracking, which h will be placed on the shoulder pads of the players. This will then be combined with sensors that will be strategically placed on the rink sides to help collect data during the entire game. Hockey is the fastest sport, but the speed, distance, position, direction, and many other metrics will be computed in every moment of the sport. The infographic was provided courtesy of BETWAY NHL Lines. NHL is set to leverage this new technology alongside the use of artificial intelligence. This will help in flagging certain plays at the same time, chomping through the big data. This model would bring forth great statistics since it does not involve any manual tracking, which may involve human error and perhaps prejudice. It is a more accurate model that could take the hockey realm to a higher level.

You may have asked yourself this question: who will really benefit from this emerging technology? Well, now that we have known that data-driven insights will get rid of assumptions on strategies, the players, and other various aspects, it is worth noting that this model has made it possible to quantify what was formerly conceivable. You see, teams will have a way to leverage this big data. Data specialists and the statisticians of the team will know what strategies to debunk and which ones to strengthen. They will also be able to maximize on player usage. They will actually be utilizing the results to bring forth better ones. Fans love what brings them closer to the game. This data will bring real-time stats on the broadcasts, and this will help them receive a better comprehension of the hockey game. Finally, there is a lot to leverage revenue streams when it comes to big data. The licensing of the big data and also sponsoring milestones of data on live broadcasts would provide an indirect stream of revenue.