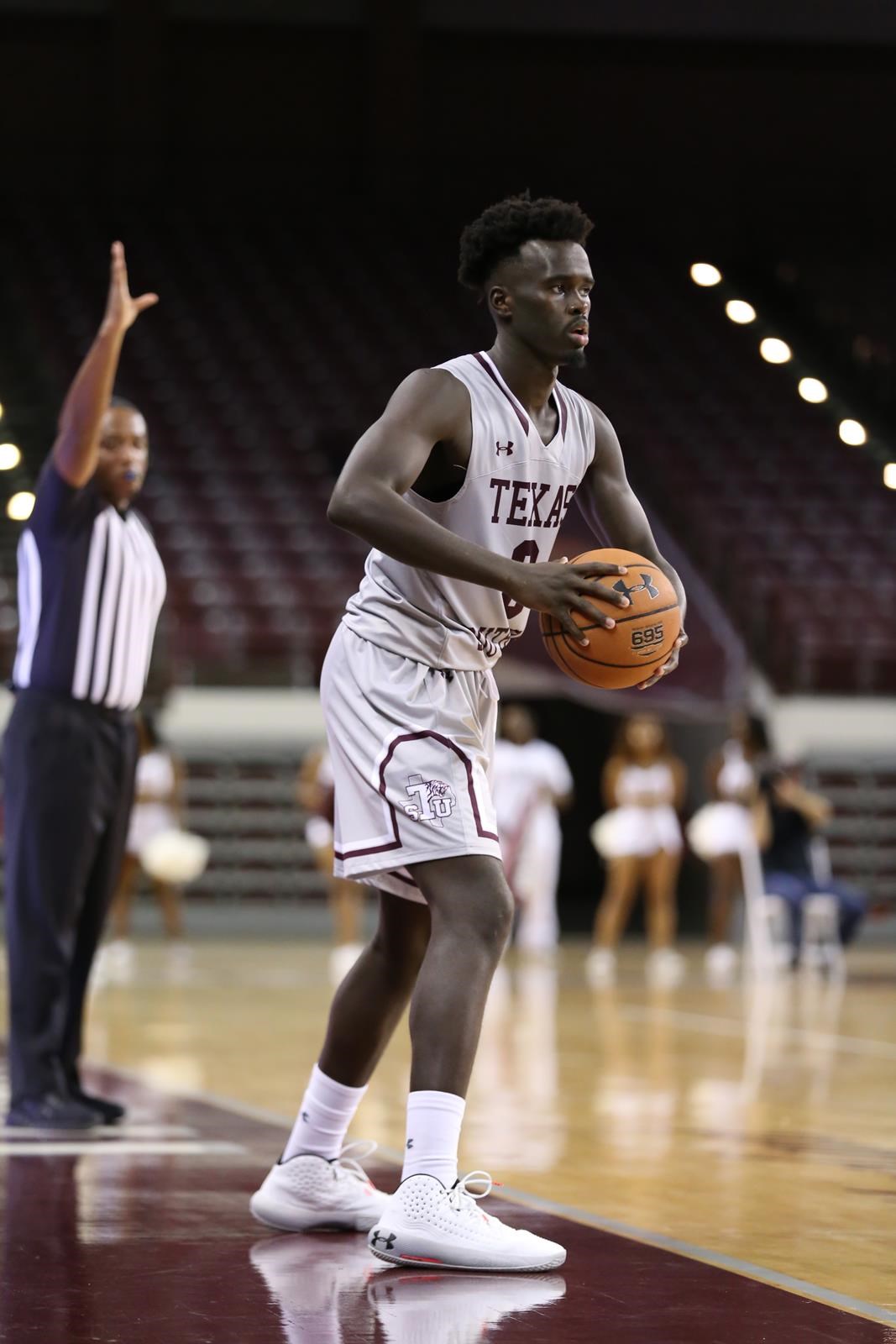 On another one fo those beautiful days in Houston Texas, we were back at H&PE Arena. It was the second home game of the year for the TSU Tigers (2-6, 0-0 SWAC) and they were playing the Tornados of Concordia University (4-3, 0-0 American Southwest).

Against Concordia, the Tigers were looking to get better shot selection and to get off early. After the first timeout at 15:08, the score was 9-8 Concordia. TSU got off early but the Tornados found their groove allowing them to take the lead. They did that by pressuring the ball and Sr. TSU guard, Tyrik Armstrong.

TSU began to pull away as Concordia just could not buy a basket. At the 10:08 mark, TSU had extended their lead to 19-9. Concordia continued to struggle with the basketball while TSU stayed hot. A 12-0 run would extend the lead to 31-9 and the Tornados were forced to take another timeout.

With 3:41 left in the half, Concordia was just having too much trouble. They were shooting 4-25 from the field and 1-11 from three. In the meantime, the Tigers had a 35-11 lead and had outrebounded Concordia 25-13 to this point. The half would finally come to end and going into the locker room, TSU had a 26-point lead at 42-16.

The second half began as the first one had ended, but Concordia tried their best to hang in. At the 15:00 mark, the TSU lead was 30 points, 52-22, and it looked like it would just get worse. Concordia got off to a cold shooting start going 1-9 from the field and 2-6 from three.

As the second half wore on, the Tornados just could not get it going. They continued to miss shot after shot and TSU just kept extending the lead. Freshman forward, Yahuza Rasas led the way and it was 69-31 with 7:32 to play.

It became very clear that Concordia was outmatched and outnumbered in this one. They were beat on the boards, on hustle plays and most of all, they just could not shoot on this day. At the four-minute mark, the Tornados were just 14-56 from the field for 25%. At 5-25 from three, they were no better percentage-wise (20%).

When it was all said and done, the final score was TSU 85 Concordia 47.

Rasas had a huge game with a double-double of 17 points and 15 rebounds. Chris Baldwin came up big as well going for 16 points while Bryson Etienne chipped in 10. TSU had a huge 57-26 advantage in points off the bench, but they continue to struggle at the line shooting just 52.4% in this one. They also shot 6-20 from three-point land. Another phase of the game they need to improve.