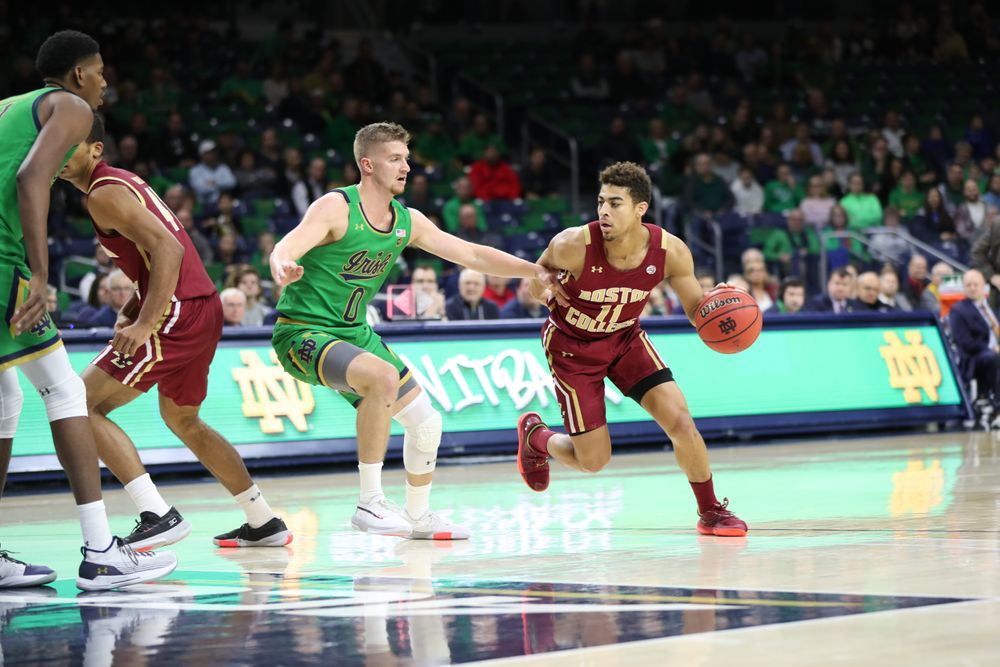 NOTRE DAME, Ind. — Boston College never trailed as it snapped a four-game losing streak with a 73-72 win at Notre Dame.

BC started hot offensively, hitting 6-of-9 to start the game, and defensively.  The Eagles forced seven Irish turnovers through the first eight-plus minutes of the contest.  They led by 12 – 31-19 with 8:21 left in the period – knocking down 5-of-7 from beyond the arc. The Eagles led, 38-28, at the break.

In the second half, the Irish made 4-of-7 from the floor to start the period and cut the Eagles’ lead into single-digits.  Notre Dame’s fourth 3-pointer of the half made it 54-48 with just under 12 minutes left in regulation.

With 8:43 to play, Julian Rishwain knocked down BC’s 10th 3-pointer of the game, pushing the lead back up to 12 – at 62-50.  BC’s defense held Notre Dame without a field goal for over six minutes, but the Irish set up shop at the free-throw line and kept the game within three possessions.

Two missed front ends of 1-and-1’s by Derryck Thornton and Heath gave the Irish a slim hope.  ND grabbed the Heath miss and called timeout with 1.8 left on the clock.  Their desperation shot at the buzzer came up short.