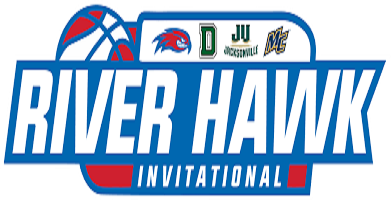 For the third time during this weekend’s River Hawk Invitational, The UMass Lowell River Hawks (2-5) found a way to lose in the end. The only difference was on Sunday it happened in overtime instead of regulation. The Dartmouth Big Green (4-1) made their free throws in overtime (8-for-8), to withstand a second-half comeback from the River Hawks and take two out of three in this event 80-75. For the River Hawks, it was a lost weekend to be sure in hosting this Invitational and going 0-3. After the game, head Coach Pat Duquette said: “back at it again, a tough weekend for sure, we need to learn how to win.” After this weekend, the team will have a chance to do that as they will have eight days to get back in the gym and try to get better before their next game vs Brown on November 26.

The first half was a tale of two teams going in different directions. The Big Green jumped out fast and took a 15-4 lead at the 14:29 mark of the first half. Junior, Chris Knight (14 points, 2 rebounds), had four early on. All of his points came in the paint as Dartmouth tried to establish an inside game. It would pay off as the Big Green would score 18 of there 39 points in the paint in the first half. Dartmouth maintained their double-digit lead for the rest of the first twenty minutes. The River Hawks, at times, look disinterested in playing. Coach Duquette called the first half “not who we are.” The River Hawks played five players off the bench and they would go a combined 1-for-9 for two points. Meanwhile, Dartmouth got 15 points off their bench shooting 6-for-10. Dartmouth went to the locker room with a 39-25 advantage.

The coach was angry about how his team played in the first half and the players should have been too. Something was said by someone because a different team was wearing the home whites in the second half. That, plus a solid performance by freshman Ron Mitchell got things going in the right direction. The freshman out of Philadelphia had what his coach called “a breakout game.” He scored 15 points in the second half, (17 for the game) on 6-of-7 shooting, 3-of-3 from deep also pulling down five rebounds. It included a big three with 19 seconds left that tied the game at 67-67. He got some help from Obadiah Noel who score nine points in the half, (15 for the game with five boards, three assists). Still, all that work would have been for not as the Big Green had one last shot at winning the game in regulation. Knight missed a layup attempt that would have won the game at the buzzer.

Free basketball was next and there were two ties in the extra five minutes. A Christian Lutete (7 for the game on 3-of-10 shooting) three gave UMass Lowell its biggest lead of the extra period and the game at 75-71. Dartmouth then went on a 9-0 run to close the game out. Trevon Ary-Turner (eight points for the game) had five of those points in the final minute plus of overtime. Aaryn Rai (10 points, eight rebounds, three assists) hit four big free throws in the last minute as the Big Green made all eight of their free throws in extra time. For the game, Dartmouth led for forty minutes of the game and overcame losing a 19 point second-half lead to win 80-75 and take two out of three in this weekend’s event.

Dartmouth also got 15 and nine rebounds from Ian Sistare, and 12 from James Foye. Dartmouth head coach David Mclaughlin was very happy with the weekend and his team early season record. He credited his team with begin able to focus on basketball while taking their final exam at the same time. The River Hawks got 16 from senior Josh Gantz and 10 from Jordyn Owens.

In the first game, the surprise team of the invitational, the Merrimack Warriors (3-2) got 21 points off turnovers and 27 points off the bench to defeat the Jacksonville Dolphins (3-3) 54-44. Both teams finished the weekend with 2-1 records. Senior, Jaleel Lord, had 13 points and freshman Jordan Minor had 15 to offset the second double-double of the weekend by Dolphin senior center David Bell of 16 points and 16 rebounds. Merrimack’s zone defense held Jacksonville to 17.6% shooting from three-point land.