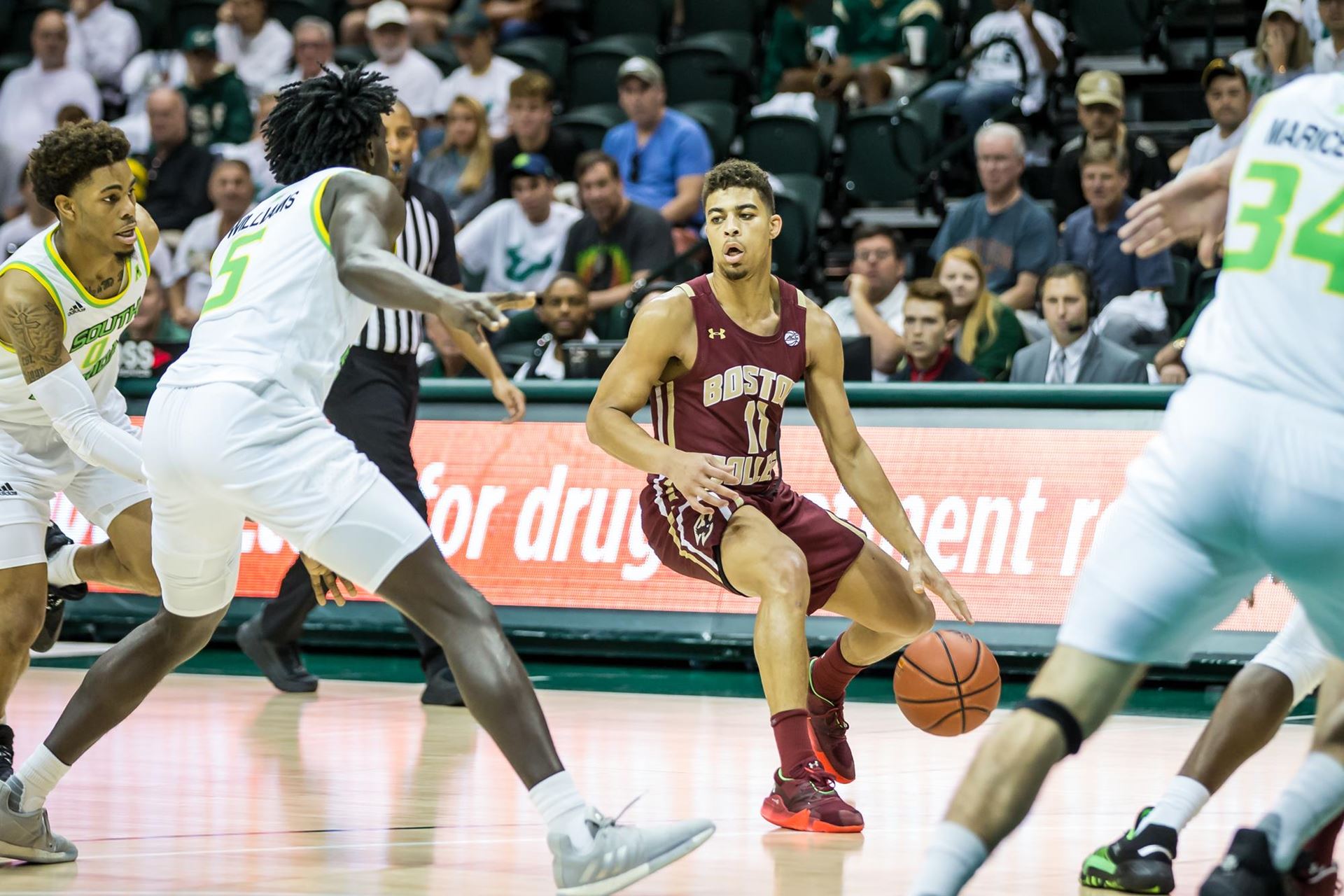 Derryck Thornton led four BC scorers in double figures, with a game-high 22 points.  He was 8-of-15 from the floor (2-5 3FG) to go with four rebounds and four assists.  Steffon Mitchell posted another complete stat line, with six points, 13 rebounds, six assists, two steals, and four blocked shots.

In the second half, the Bulls got within seven after scoring the first two baskets of the period.  But a 7-1 BC push, capped by a transition layup from Julian Rishwain, pushed it back to double digits the rest of the way.

BC’s defensive effort proved to be a major factor in the road victory, limiting USF to 36.1% shooting from the floor while forcing 21 turnovers.

Nik Popovic had 15 points, eight boards, and four assists, connecting on 3-of-4 from beyond the arc.  Newcomers Julian Rishwain (11) and CJ Felder (10) came off the bench to provide a scoring punch as well.

UP NEXT:
Boston College plays the first of five straight at the friendly confines of Conte Forum on Wednesday, Nov. 13 vs. High Point.  The game is the first of four games as part of the Gotham Classic MTE.

Tipoff is set for 7 p.m. and the game can be seen live on ACC Network Extra.

The game can also be heard live on the Boston College Learfield IMG College Sports Network with Josh Maurer and Danya Abrams.