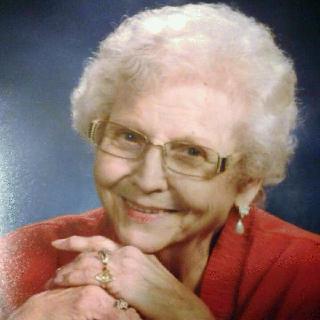 September 14 is the one-year anniversary of Linda Kidd Koch’s death. She has been deceased for almost one year, and I never said goodbye.

The last time I contacted the Prattville, Alabama woman was in 2017 when she was using an oxygen tank 24/7/365 and talking about her late husband, Alan, who had died two years earlier and who she still missed something awful.

She freely admitted to both myself and a friend, Phil Kahn, that she was having a tough go of it ever since Alan’s death. “It costs money to get old Mr. Gladstone,” she told me when last we spoke. Trust me, it was all I could do not to reach for the box of Kleenex.

Born in Decatur, Alabama, Alan Koch attended Decatur High School and the Alabama Polytechnic Institute. He is buried in the Bnai Jeshurun Cemetery in Demopolis, Alabama. Linda is buried right by his side.

A former pitcher for the Washington Senators and Detroit Tigers, Koch appeared in 42 career games over parts of the 1963 and 1964 seasons. He hurled a total of 128 innings, was credited with four wins and had one complete game to his credit.

(For more information about Koch’s life, read this transcript of an interview he gave to Sandra Berman of the William Breman Jewish Heritage Museum in Atlanta, Georgia.)

But since Koch was among the 627 retired ballplayers who aren’t receiving pensions from their time in the game, because the union representing today’s players, the Major League Baseball Players’ Association (MLBPA), agreed to a vesting rules change in 1980 that, while dropping the eligibility requirement needed for a pension from four years to 43 game days, conveniently forgot to retroactively include all those players like Koch with less than four years of service but more than 43 game days, Major League Baseball (MLB) and the union took away the payment from Linda that Alan was receiving when he died on May 2015.

All the remaining men receive is $625 for every 43 game days they spent on an active MLB roster, up to a maximum payment of $10,000. And that figure is before taxes are taken out. Meanwhile, a vested player can earn up to $225,000 per year, according to the Internal Revenue Service (IRS).

The real head-scratcher is this: when the man passes, the payment passes with him.

The current executive director of the MLBPA is former Tiger Tony Clark who, though he didn’t negotiate this awards payment program, which went into effect on April 2011, isn’t trying to do more for the affected men, either.

As the first former player to serve as executive director of the MLBPA, Mr. Clark heads an organization whose players’ welfare and benefits fund is valued at more than $3.5 billion.

Though he is to be commended for building that kitty up, Clark has done it at the expense of the remaining retirees and their loved ones.

This is not what I think of when I think of a labor leader. Unions are supposed to help hard-working men and women and their families get a fair shake in life. But Mr. Clark only seems to be helping himself – he receives an MLB pension as well as an annual salary of more than $2.1 million, including benefits.

Clark has never commented about these non-vested retirees, many of whom are filing for bankruptcy at advanced ages, having banks foreclose on their homes and are so sickly and poor that they cannot afford adequate health care coverage.

Does he want that fate for his wife, Frances, and children Kiara, Jazzin, and Aeneas?

More importantly, what does Frances think of the way her husband is treating other women and children?

Douglas J. Gladstone is a freelance magazine writer and author of two books, including “A Bitter Cup of Coffee; How MLB & The Players’ Association Threw 874 Retirees a Curve.