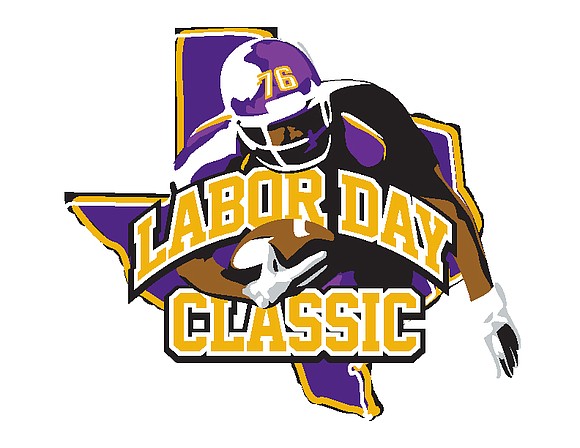 It was the kickoff of the 2019 college football season for the Panthers of Prairie View A&M and the Tigers of Texas Southern University. It was also the 35th edition of the Labor Day Classic that the Panthers have dominated the last four years. They have also won 12 of the last 15 games between the two teams.

Last year, the Panthers stomped all over Texas Southern 60-14 for the biggest win in this rivalries history. The Panthers have also outscored the Tigers 157-66 over these past four games.

TSU came into this game looking to improve on last year’s 2-9 record that also saw them go 1-9 in the South Western Athletic Conference. They are led by new head football coach, Clarence McKinney, the 17th coach in Tigers football history.

The Panthers are coming off a 5-6 overall record, 4-3 in conference play. They are led by their head coach in Eric Dooley. He was looking to repeat the blowout win over TSU last year to end the season.

TSU got the opening kickoff and began their drive at their own 17. The offense came out firing with QB, DeAndre Johnson moving the Tigers offense down the field. They did a good job of mixing up plays to keep the Panthers defense off balance. The drive would end with a missed 17-yard field goal by Richard Garcia III to end the drive.

The Panthers took over at their 20 and after a few plays, QB Jalen Morton was picked off by DB Marquel Daigel who returned the ball to the Prairie View 21. This time, Garcia would make good on a 33-yd field goal to give TSU the lead at 3-0 with 8:16 to go in the first.

This time when the Panthers took over, they would make it count. They moved the ball on the arms and legs of Morton. He would connect with TE Jordan Jones, who found himself wide open down the middle of the field for a 50-yd gain to the Tigers 1. From there, RB Caleb Broach would take it in for the 6-3 lead at the 6:14 mark of the first. The two-point conversion failed.

Texas Southern would strike twice more on a 28-yard Garcia field goal and then on a Johnson to Tren’Davian Dickson 12 yard touchdown pass to make it 13-6 Tigers. The drive was highlighted by a pretty 28-yard catch by Chris Long to set up the scoring play.

A&M would have a big second quarter as their offense started to get on track and confuse the Tigers defense a bit. They would also get life from 5-5 180 pound RB, Dawonya Tucker. It would begin with Morton moving the Panthers down the field that culminated in a Tucker 17-yard touchdown run. That tied the game at 13 with 9:18 left in the second. The drive also saw the Tigers defense get beat on several occasions on the drive.

After a TSU punt, the Panthers got the ball back at their own 34. Morton handed off right to Tucker (over 200 total yards in the first half) and he blew past TSU defenders and 66 yards later, he was in the end zone. The touchdown gave A&M a 20-13 lead. The half would end with the Panthers getting a Zach Elder 23-yard field goal to close out the scoring for the half. It was 23-13 Prairie View headed into the locker room.

A&M took the second-half kickoff and Morton drove his team down the field again. Time and time again the Tigers defense made the wrong read. Morton would connect with WR Tony Mullins for an apparent touchdown, but it was called back on a penalty. A pass interference penalty by TSU would put the ball at the two. After the teams switched penalties, Morton hit Kalen Riles from 10 yards out to stretch the lead to 30-13 Panthers.

A short field after a Panthers punt would give TSU a chance to close the gap. They would get the ball down to the Panthers three but would have to settle for a field goal to make it 30-16 Prairie View.

But when you are having a bad day, bad things tend to keep happening. A&M got the ball back and promptly moved the ball. They would strike again when Morton hit Tony Mullins right down the middle of the field for a 48-yard touchdown pass. Just like that, the lead was 37-16.

TSU did score on their next possession after a few nice offensive plays. The touchdown came when Johnson hit Long from 40 yards out to make it 37-23 with time running out in the third quarter.

With 15 minutes to go, Texas Southern went to work to try and make a game of this and maybe, steal a win. Unfortunately, that was not to be the case as Morton and the Panthers offense just could not be stopped. It was Tucker making the play again as he took a handoff after the TSU kickoff and ran it down the right sideline for 58 yards and his third touchdown of the game. The score made it 44-23 and it was safe to say the light had been turned off on TSU in this contest.

Dawonya Tucker: He finished with 11 carries for 190 rushing while adding four receptions for 29 more yards. To top that off, he would get 81 yards on three kickoff returns. That would add up to 298 total yards.

Jalen Morton: He was pretty much consistent all game long and was 24-42 for 350 yards, two touchdowns, and one interception.

Tony Mullins: He finished the game with six catches for 141 yards and a touchdown.

LaDarius Owens: In a losing effort he was one of the bright spots for TSU with 15 carries for 96 yards.

Tren’Davian Dickson: Would wind up with eight catches for 76 yards and a score.

The Tigers came into this game hoping to turn their fortunes around against the Panthers. They held their own early on keeping up the pace but once A&M tied the game you could feel the momentum shifting. Prairie View was able to move the ball on the TSU defense at will for the most part. They could not figure out Tucker who beat them almost every time he had the ball. The kickoff coverage was very poor as Tucker got big gains every time he returned a kick.