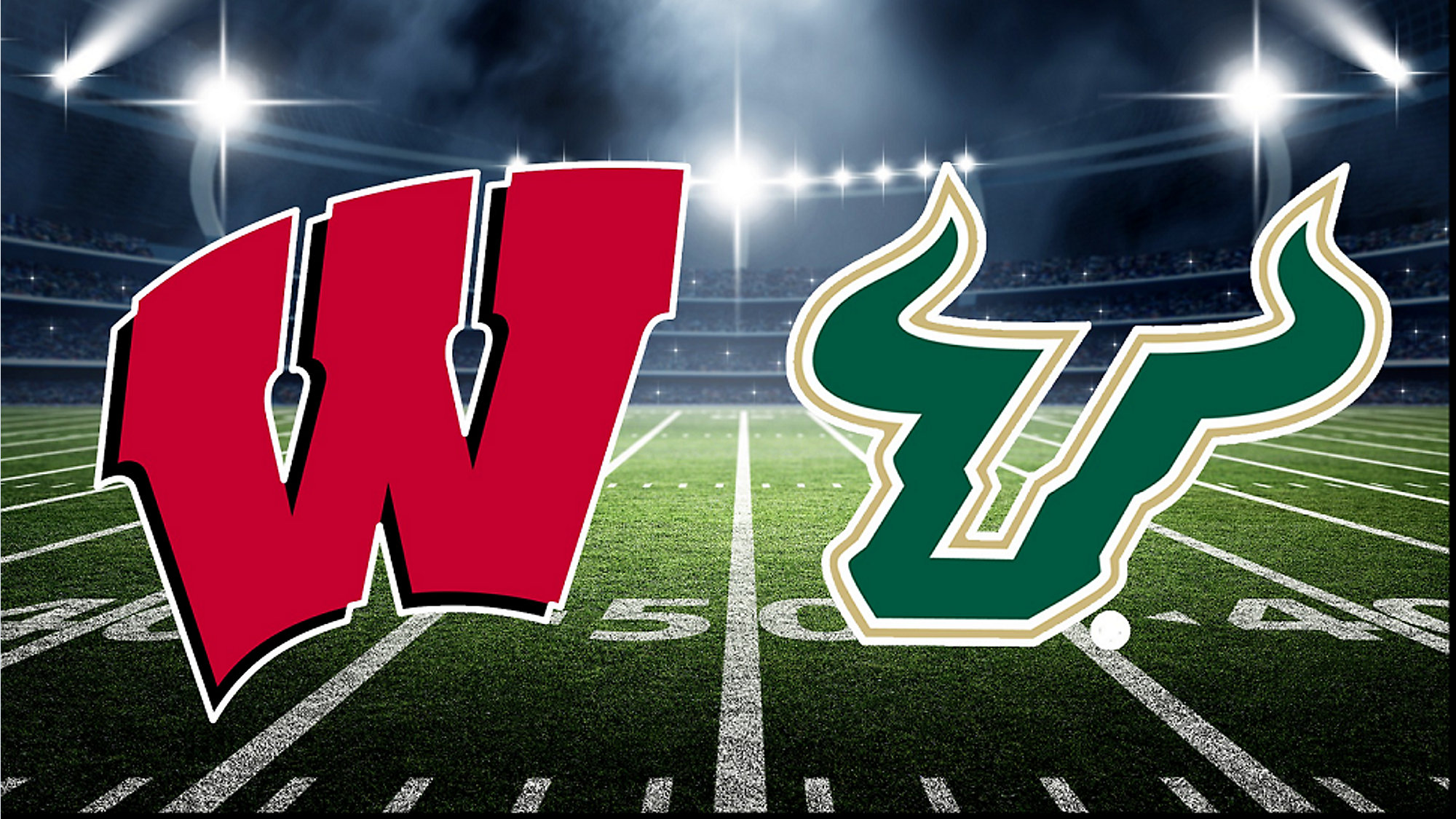 The Bulls opened their 2019 season under an overcast grey sky which caused a kickoff delay that lasted 55-minutes due to lightning. That didn’t stop the fans from lining up in the parking lot to welcome the USF Bulls players and coaches as they got off their buses. The USF Bulls came into the game as heavy underdogs to their opponents, the Wisconsin Badgers. As the Bulls took the field for warmups, the crowd cheered loudly. USF safety Vincent Davis was doing backflips during warmups getting his teammates excited. The Bulls and Badgers both looked eager to get to kick off during their respective pregame warmups. As kickoff started the student section was ready and excited waving their white thunder sticks. The rest of the attendance that wasn’t wearing red and white also clapped and cheered for their Bulls.

At the time of kickoff, it was 80 degrees. The Bulls won the coin toss and deferred. On Wisconsin’s first drive they handed off to Heisman Trophy favorite Jonathan Taylor early and often. This would lead to a 37-yard touchdown run. Now, could the Bulls answer on their first drive? The answer to that question was no. After gaining one first down they were unable to convert and had to punt. On Wisconsin’s second drive, the Bulls tightened up on all facets and forced the Badgers to punt. The Bulls were once again unable to extend a drive just like the first one a key dropped pass led to a punt. At the end of the quarter, the Badgers possessed the ball and led the Bulls 7-0.

The Badgers drive would end just two plays later on a sack by DE Greg Reaves. The Badgers took care of business on a sack and interception that would put them in the lead 14-0 early in the quarter. The raincoats were coming out early in the stands as a light rain started to come down. On the next Bulls drive, it began with two straight penalties one for delay of the game the other for a false start. The drive would stall once again and the Bulls would punt again. The next Badger drive would once again have a big play by Jonathan Taylor on a screen pass for 36-yards that would lead to a touchdown. The Bulls took the kickoff only to fumble it but were able to recover it. They would turn the ball over on yet another interception that was a terrible decision by quarterback Blake Barnett.

Offensive coordinator Kerwin Bell was not happy with his offense as he scolded most of them coming off the field after the interception. So far, the USF Bulls defense had done their job except for a few plays. The Bulls had no offense and it had led to more punts. The Badgers were driving down towards the end of the quarter and scored another touchdown by Taylor to take a 28-0 lead into halftime. The Bulls went into the lockerroom needing to make some adjustments, or this will be a blowout in front of a large crowd. If there were any positives at this point, it was that the Bulls would get the ball to start the 2nd half.

It would be key to see how the Bulls would start the second half. In this writer’s opinion, they needed to score some points in a hurry. The rain was still coming down lightly. The Bulls are unable to cross the 50-yard line and had to punt. A little girl in the stands had her head down describing the Bulls game to this point. In just two plays after the punt, Taylor busted a 38-yard run for another touchdown. The Bulls next drive started with a 10-yard run from quarterback Blake Barnett but it ended three plays later with a punt. Midway through the quarter, most Bulls fans had left the game. The Bulls defense had a sack and forced a punt. The offense continued to sputter and on 4th down, they had a fumble that led to a turnover on downs. The Badgers began their drive deep in Bulls territory. USF once again make a good defensive stand.

With that stand, the Badgers missed their field goal attempt. USF failed again and faked a punt and punter Trent Schneider get rocked short of the first down. The Badgers had decided to rest running back Jonathan Taylor. They didn’t need Taylor as Nakia Watson ran for 14 yards and another Badger touchdown. The Bulls had no answer on offense and it led to another punt. The Bulls defense made another stand and forced the Badgers to punt. The Badgers took a 42-0 lead into the final quarter.

All this game the Bulls offense had looked horrible. Kerwin Bell continued to be frustrated. The Bulls continued their downward spiral on offense and punted again. The Bulls had another sack on defense. Quarterback Blake Barnett threw another interception. The Badgers were driving down after the turnover. Another rushing Badger touchdown by Bradwick Shaw. There was a new quarterback for the Bulls, Jordan McCloud, on the latest Bulls drive. For the first time, the Bulls crossed the 50-yard line. McCloud had them driving, but the Bulls failed to convert their field goal attempt. The game ended with a 49-0 win for the Wisconsin Badgers. This will tie the franchise record for the Bulls with seven straight losses. Coming into tonight they lost the final six games last season. The Badgers outplayed the Bulls all game.