The 2019 Gerry Volunteer Fireman’s historic rodeo took place this past weekend at the Gerry (NY) rodeo grounds.  Four magnificent nights of rodeo brought together cities and townships from all across the map together. The rides were spectacular, especially on Saturday night. Rodeo without a doubt reached the climax in 2019.

Saturday, August 3rd was a real dream come true for rodeo fans. For the second night in a row, the crowd was sold out. Veteran Professional rodeo announcer, Greg Simas, displayed love for the second sold-out crowd in just as many nights. The announcer expressed his love for the rodeo fans and said “he was honored to witness the 75th anniversary. Love continued to be spread as the Professional Rodeo Cowboys Association presented a plaque to the rodeo committee commemorating the 75 years. The fans expressed love for their rodeo as well. 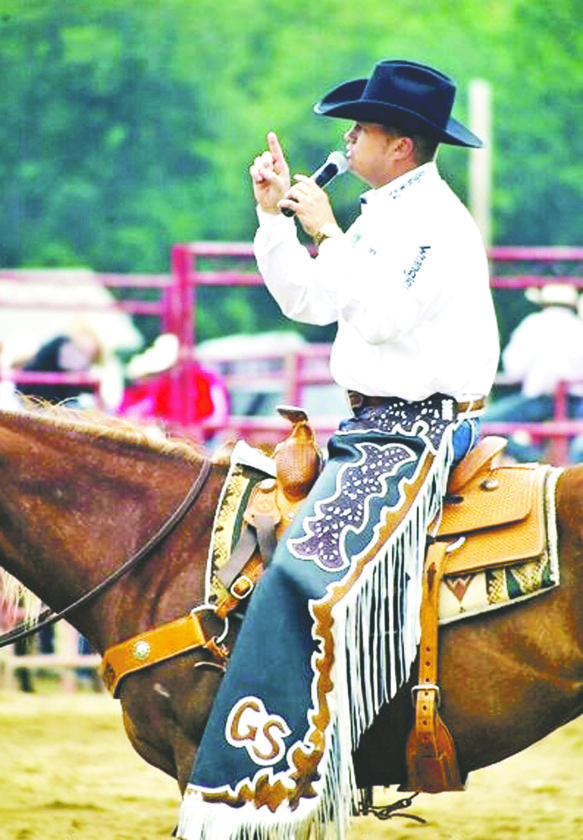 Imagine walking into the arena and smelling a mouth-watering barbecue beef dinner, an aroma like no other. Just as you decide you want to feed your belly and support the biggest fundraiser, you walk around and see the hundreds of people in line just two hours before the rodeo begins. That is exactly what happened to me. I decided to support the fire department by ordering an oh so delicious peanut butter cup milkshake and cheeseburger. However, the fire department certainly was okay with that as thousands of fans purchased dinners throughout the four nights.

“Chef Bruce Gustafson reports that his kitchen crew served exactly 1000 meals on this closing evening, bringing the total for the four evenings to more than 3500 dinners served, both of which may be a new record,” said the rodeo.

The beloved Cowboys showed some love in all of the events all week long. First, on the docket, was Saddle Bronc riding. According to prorodeo.com, Saddle bronc riding evolved from the task of breaking and training horses to work the cattle ranches of the Old West. Many cowboys claim riding saddle broncs is the toughest rodeo event to master because of the technical skills necessary for success.

Every move the bronc rider makes must be synchronized with the movement of the horse. The cowboy’s objective is a fluid ride, somewhat in contrast to the wilder and less-controlled rides of bareback riders. Boy was there a huge surprise here as permit rider Parker Kempfer of Melbourne Florida had one goal going into the year and that was to earn one thousand dollars to become a rookie next year. Instead, he has won 14k and is shocking the rodeo world. He certainly turned heads in Gerry as he turned in a dominating 82 points to best the 80.5 which was atop the leaderboard before the 82. Kempfer certainly rode out of “rodeo city” happy. 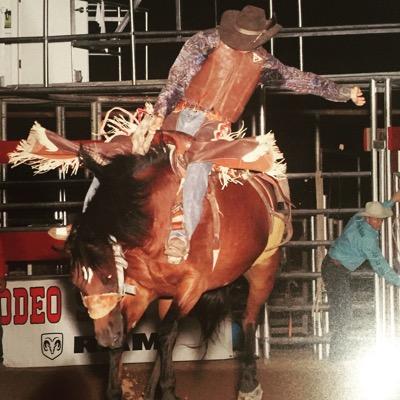 The team roping was interesting as well. Team Roping, the only true team event in ProRodeo, requires close cooperation and timing between two highly skilled ropers a header and a heeler and their horses. The event originated on ranches when cowboys needed to treat or brand large steers and the task proved too difficult for one man.

The key to success? Hard work and endless practice. Team roping partners must perfect their timing, both as a team and with their respective horses. Friday night the team of Zach Kilgus from Ocala Florida and Jake Edwards from Fort Ann New York set a time of 5.2 which won the belt buckle by a mere three-tenths of a second.

In Tie-down roping, the mounted cowboy starts from a box, a three-sided fenced area adjacent to the chute holding the calf. The fourth side of the box opens into the arena.

A cowboy’s success in tie-down roping depends in large part on the precise teamwork between him and his horse. The calf receives a head start that is determined by the length of the arena. One end of a breakaway rope barrier is looped around the calf’s neck and stretched across the open end of the box. When the calf reaches its advantage point, the barrier is released. If the roper breaks the barrier before the calf reaches its head start, the cowboy is assessed a 10-second penalty. Justin Thigpen won the championship in the tie-down calf roping by getting a 9.5 and 9.1 respectively in the go-rounds.

Speed and strength are the name of the game in steer wrestling. In fact, with a world record sitting at 2.4 seconds, steer wrestling is the quickest event in rodeo.

The objective of the steer wrestler, who is also known as a “bulldogger,” is to use strength and technique to wrestle a steer to the ground as quickly as possible. A.J. Williams won the steer wrestling with a time of 4.5 which was checked in Friday night. The 4.5 bested a time of 5.2 for Lafayette Georgia man, Justin Raburn, which was good enough for second place and set on Saturday.

The battle in barrel racing was not even close as Wendy Chesnut clocked in a 14.65 during the kickoff on Thursday evening. Then the two painted pony livestock bulls on hand were raging as hard as they could and bucking like they were trained. No successful rides were turned in for the show cap which meant a half a point allowed champion Clark Griswold with an 80.0 to best a 79 set by Mike Adams.

Apparently, number 75 was supposed to be one for records. Bareback riding has been compared to riding a jackhammer with one hand. Jason Jeter can probably attest to that definition. As the bronc and rider burst from the chute, the rider must have both spurs touching the horse’s shoulders until the horse’s feet hit the ground after the initial move from the chute.  This is called “marking out.” If the cowboy fails to do this, he is disqualified. The most abusive event on the rodeo program concluded Friday with the Cleveland Texas cowboy catapulting to the championship and into the Gerry rodeo record book with a record score of 88 points.

The fun was also had listening to entertainer Keith Isley crack jokes for his crowd. Isley made his first-ever appearance to the oldest rodeo eastward of the Mississippi. Stay tuned next summer as NGSC Sports hopes to bring you three rodeos from WNY.