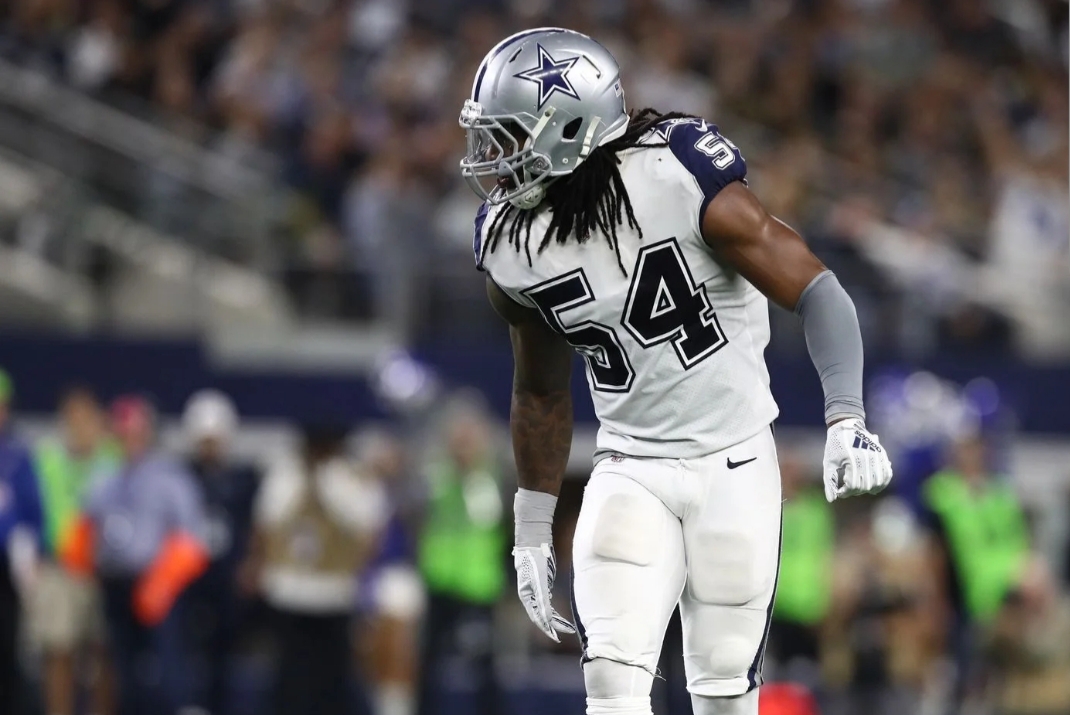 Jaylon Smith has put his name in the conversation when discussing who is the best linebacker in all of football. He’s racked up 202 tackles, five sacks, and four forced fumbles in his first two years on the field. Soon, it will be time to come to the negotiating table about a lucrative contract extension, but Smith isn’t bothered by the process.

Back in May, it was reported that the Dallas Cowboys and Jaylon had begun talks about a long term commitment between both parties. Although nothing has come as of yet, it makes sense to begin talks now a year ahead of him becoming a restricted free agent. What that means is he can negotiate with any other team until a certain designated date. If he accepts an offer from a new team the Cowboys have what is called “right of first refusal”. Meaning they have a five-day period to match the offer, or they can choose not to and receive one or more draft picks from his new team. Don’t expect that to happen in this situation.

The Cowboys also have several other players in need of new deals soon. Dak Prescott is set to make just over $2 million in the final year of his rookie deal. A projected extension between 30-34 is on the horizon for the former Offensive Rookie of the Year. All-Pro Running Back Ezekiel Elliott had the fifth-year option on his rookie deal picked up back in April, locking him in at least through 2020. He’s set to make 3.9 million in 2019 and 9.1 million in the final year of his contract if a new deal isn’t reached, but we all know it will happen. Amari Cooper and Byron Jones are also entering the final season of their respective rookie deals. With the former set to make a base salary of 13.9 million, and the latter set to make 6.2 million this upcoming season.

Jaylon will simply have to wait his turn in this case, and he is completely unbothered about doing so. On an interview with SiriusXM NFL Radio, the Cowboys star linebacker expressed his confidence about himself and the organization getting something long term done. “When it’s time for Jerry to cut the check, it’ll happen. I just got to embrace where I’m at. I’m blessed, for sure,” Smith said.

With all this being said, the Cowboys could find themselves in the neighborhood of 100 million dollars in available cap space in 2020 with restructures, pay cuts, releases, etc. Meaning there’s plenty of cash to go around for the organization to keep it’s cornerstone players, all of them if they so choose. Jaylon Smith is definitely a building block this organization is looking to use to ascend back to Super Bowl glory. Backup the Brinks truck and get the pen ready, Jaylon Smith will be a Dallas Cowboy for the foreseeable future.