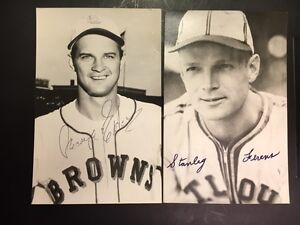 I don’t know George Elder, but I know of him. Not because he was a United States Marine who saw action at Iwo Jima or a guy who attended Fordham University.

No, I know of Elder, who was recently profiled in this newspaper by Joe Vaccarelli, because he is one of the 633 retired ballplayers who does not receive Major League Baseball pensions.

The 98-year-old Elder, who lives in Fruita, was an outfielder for the 1949 St. Louis Browns. In 41 games, he came up to bat 44 times and collected 11 hits, including three doubles. He also scored nine runs.

And while those numbers are not Hall of Fame statistics, Elder is one of only 12,000 men to have played MLB since 1947.

No, you read that correctly. So if you were on your favorite team’s active roster last Aug. 15 and stayed with the club till Oct. 1, you’d get a pension at the age of 62 that is currently valued at $3,589. And it’s a benefit that can be passed on to your widow, kids or loved ones.

But because the union representing the players, the Major League Baseball Players’ Association (MLBPA), didn’t request retroactivity for the men like Elder, who played prior to 1980 and who had more than 43 game days but less than four years of service, these men didn’t receive pensions.

For the record. Elder had 65 game days of service.

Instead, it took the league and the union an unconscionable 31 years, till April 2011, to award men like Elder the priestly sum of $625 for every 43 game days they were on an active MLB roster.

The kicker? When the man passes, his payments passed with him.

So George’s wife, Mary Ann, will get squat.

Is this fair? Of course not. The average MLB player earns $4.4 million nowadays. Heck, even the 25th man riding the pines earns the league minimum of $535,000.

Try to complain to the union about this, though, and all you hear are the sound of crickets from their offices in New York City.

That’s because they legally don’t have to help retirees. Morally? Morally is another matter altogether.

Today’s players may not realize it, but free agency just didn’t happen overnight. Men like Elder often went without paychecks, or endured labor stoppages and stood on picket lines so that a player today could sign 13-year, $330 million contract.

Nobody begrudges today’s players anything. If you can command it on the open market, more power to you. All anyone asks in return is fairness and an understanding of history. That’s what the 633 men still alive who are getting the monies awarded in April 2011 are asking today’s players to remember.

No matter what the Elders’ financial situation is, and I don’t presume to know it, Mary Ann deserves something when George goes to that big baseball diamond in the sky. It will validate that his contribution to our national pastime doesn’t die with him.

Otherwise, it’s like saying 633 men picked the wrong time to play the game they loved.

Douglas J. Gladstone is a New York-based author and freelance writer. He wrote “A Bitter Cup of Coffee: How MLB and the Players Association Threw 874 Retirees a Curve.” You can visit his website at www.gladstonewriter.com