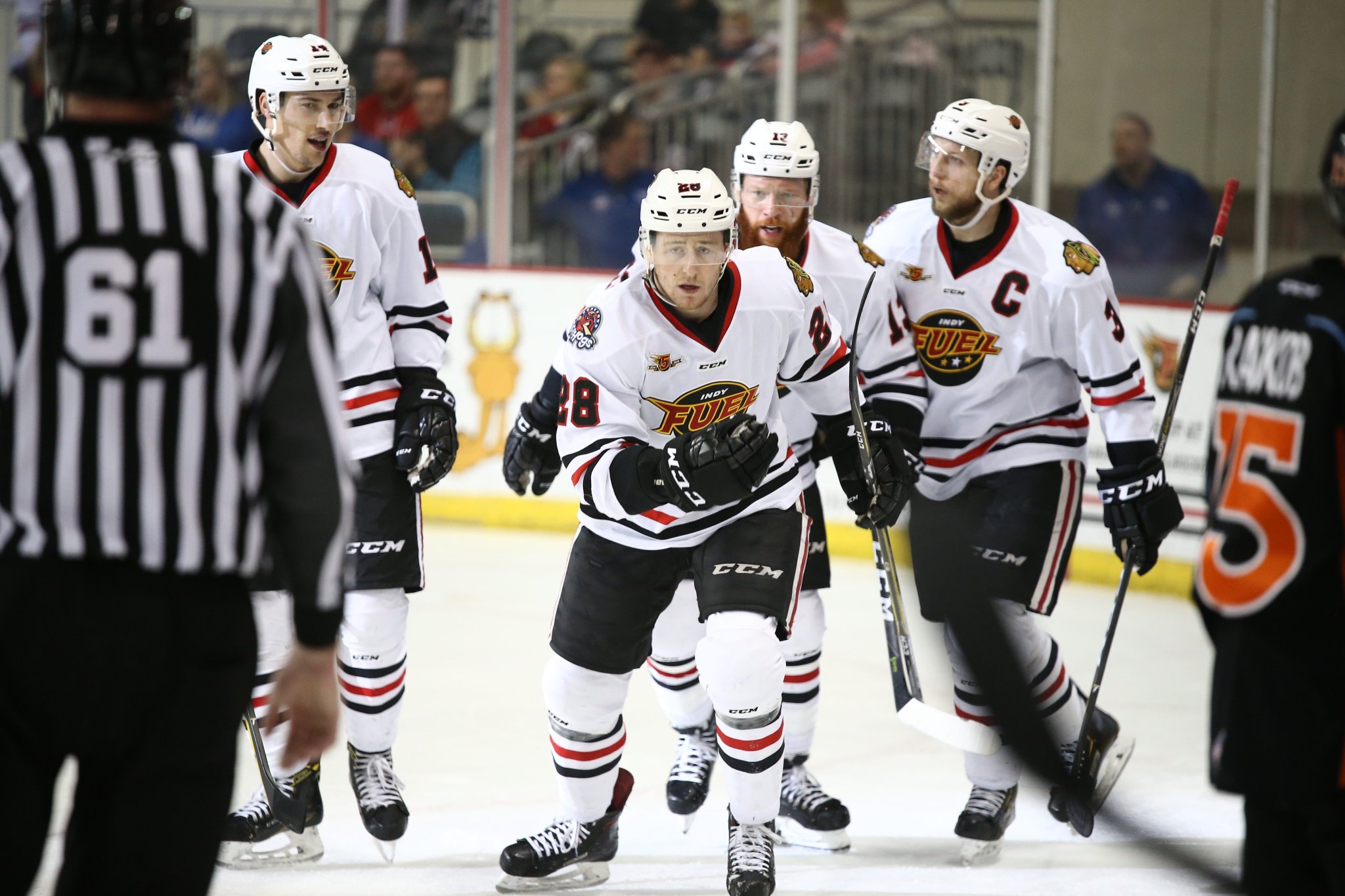 The Indy Fuel closed out their three-in-three weekend and their five-game homestand against the Kansas City Mavericks on Sunday afternoon. The Mavericks took control from the drop of the puck and never let up. The Fuel lost 5-2.

Kansas City got the scoring started early on in this contest. About five and a half minutes in, the Mavericks’ Nikolas Koberstein found the back of the net for his first goal of the season to put his team on top 1-0. This game was the pro debut for Indy netminder Chase Marchand, who made 23 saves on 28 shots. The Fuel’s Mathew Thompson found the back of the net midway through the opening frame for his 20th goal of the season. The tally also extended his point streak to seven games, and 11 of his last 12. The Mavericks would have more to say before the period ended, however. Jared VanWormer scored his 19th goal of the season to put Kansas City up 2-1 going into the first intermission.

The middle frame started slow, but once the action got started, it was all Mavericks. C.J. Eick beat Marchand for his 10th goal of the season about eight minutes into the period. During the last four minutes of the frame, the Rupert twins were called for two separate penalties that gave Kansas City 27 seconds of 5-on-3 time. They cashed in as Willie Raskob scored his seventh goal of the campaign to put the Mavericks up 4-1 after two periods.

The third period provided some pretty clear evidence that Kansas City was outplaying Indy in almost every aspect of the game. Marchand had to deal with countless high-quality looks for long periods of time. The Mavericks were also winning the toughness battle, knocking Fuel players off the puck, winning battles for loose pucks, and fighting through contact. Logan Nelson came close to cutting the deficit to two when he rang a shot off the crossbar halfway through the period. Indy also got six nearly-consecutive minutes of power play time, but couldn’t do anything with it. In his pro debut, new signee Jack Ramsey found the back of the net to cut the lead to 4-2. Kansas City was sure to erase any hopes of a Fuel comeback when Joey Sides scored just 43 seconds later to ice the game.

The Fuel have just three games remaining. Their next one is on Wednesday, April 3 when they travel to Fort Wayne to take on the Komets. Puck drop is set for 7:30pm ET from Fort Wayne.