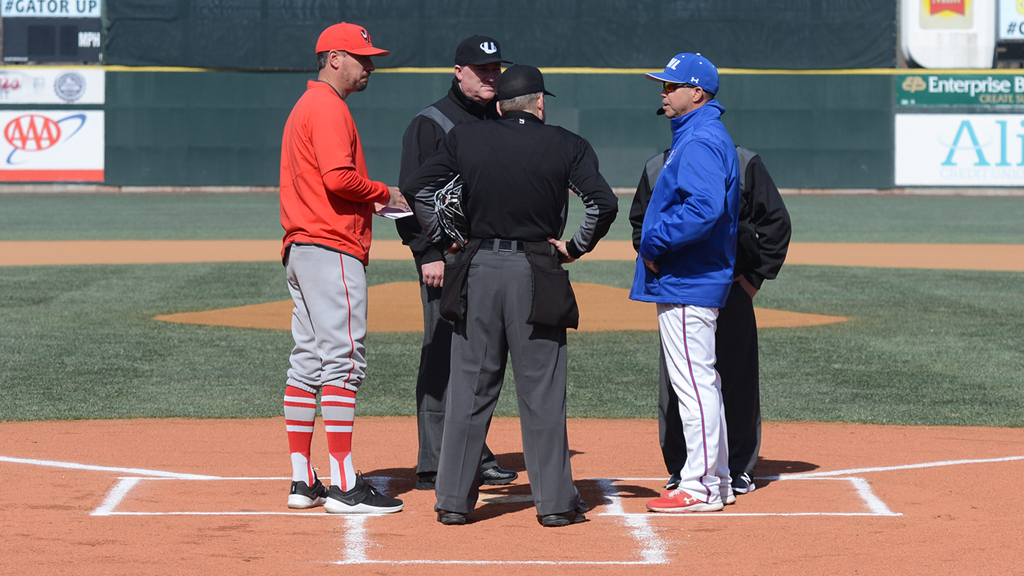 After a slight change to the schedule due to the impending forecast on Sunday, the UMass Lowell baseball team will begin its three-game series against Hartford on Friday evening under the lights at LeLacheur Park.

First Pitch
Following a 10-4 knockout of Marist on Wednesday afternoon to take their home opener, the River Hawks welcome the defending regular season and tournament champions to the Mill City for a pivotal early season matchup. The two teams are tied for second in the conference standings after one series apiece. UMass Lowell holds a 14-13 edge in the all-time series, but Hartford took the last meeting in the America East Championship.

River Hawk Leaders
–Oscar Marchena is batting .289 with 24 hits, while Cam Climo has 35 total bases
-The trio of Climo, Steven Passatempo, and Vinnie Martin have hit eight of the team’s 11 homers
-Marchena leads the pack with 16 RBI, while Martin ranks second with 15
–Joshua Becker leads the staff with his 2.96 ERA and 35 strikeouts out of the pen
-UMass Lowell is batting .247 with 8.33 staff ERA

You Shall Not Pass
In the win against Marist, eight River Hawk pitchers combined to not allow a walk. This marks the first time that the opposing team has not recorded a free pass against UMass Lowell pitchers since May 19, 2018, against Stony Brook, a run of 24 games. The River Hawk hurlers accomplished the feat twice in 2018 and six times at the Division I era.

Scouting Hartford
-The Hawks are 6-12 with a 2-1 mark in conference play
-Zachary Ardito leads the lineup with a .296 average and 21 hits, along being tied at the top with three triples
-Sebastian DiMauro has a 1.98 ERA, while Nick Dombkowski has recorded 35 strikeouts
-Hartford has a team .238 batting average with a 7.60 ERA

Forever Young
Coming off the weekend at UMBC with a .583 batting average, Michael Young was named the America East Player of the Week on March 26. Including a 5-5 day at the plate in the River Hawks’ second win of the series, Young recorded a 1.167 slugging percentage, four runs and drove in a pair.

Runnin’ Around
The River Hawks rank fourth in the conference with 110 runs scored. Passatempo sits in sixth with 16 runs among the America East leaders.

No More No-No Streak
Last season, on April 21, in the win against Maine, UMass Lowell suffered only the second no-hitter in program history, with the first came in the opening game of 1977, snapping a streak of 1,730 straight games with at least one hit. The River Hawks have a current streak of 41 games with a hit since.

Notables
UMass Lowell has recorded two Player of the Week awards (Martin, Young) and one Rookie of the Week (Becker) … 11 players made their River Hawk debuts in the Arizona series.