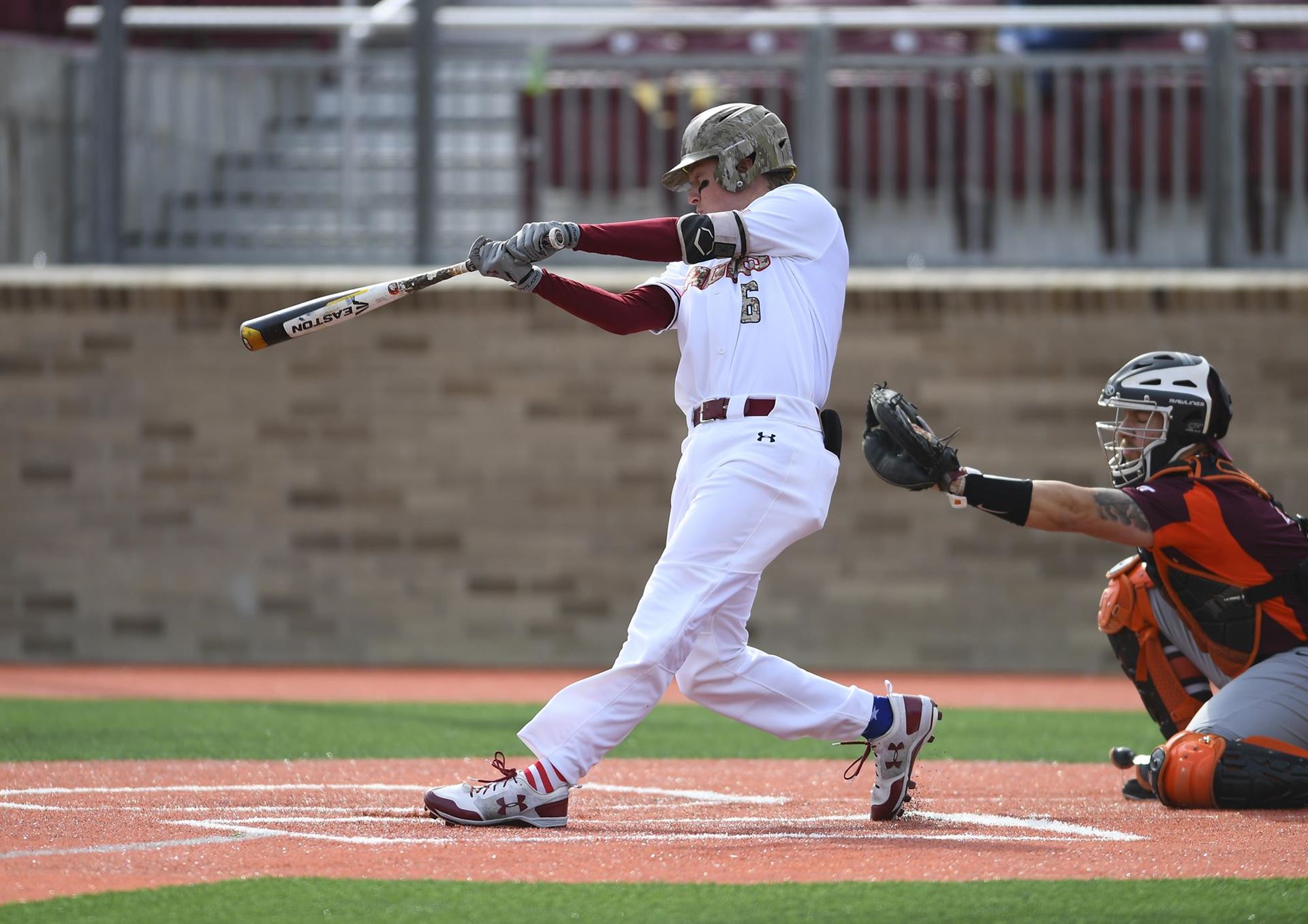 BC unable to overcome early deficit

BRIGHTON, Mass. – The Boston College baseball team lost to No. 20 Clemson, 9-5, at the Harrington Athletics Village on Saturday afternoon. The Eagles, who have lost five of six, evened their overall record at 11-11 and fell to 2-6 in the ACC, while the Tigers improved to 18-5 and 6-2.

BC rallied to bring the tying run to the plate in the bottom of the ninth. A pair of singles plated a run in the inning before Clemson turned the game to closer Carson Spiers with the bases loaded and two outs. Spiers got a fly ball to end the game and earn his seventh save of the season.

On a blustery day in Brighton, Clemson took advantage of the wind blowing out to center early with four extra-base hits against BC junior right-handed pitcher Matt Gill (Simsbury, Conn.) the first time through the order. The Tigers got two runs in the first and two more in the second on an inside-the-park home run to center by center fielder Bryce Teodosio.

Lefty Mat Clark (5-0) got the win for Clemson in 5.2 innings. He allowed four runs, three earned, on seven hits with just one strikeout and no walks. Gill (2-3) lasted just 2.1 innings for BC as he surrendered five runs on eight hits with no strikeouts or walks.

Trailing 5-0, the Eagles produced a pair of runs in the bottom of the fourth. Senior Jake Alu (Hamilton, N.J.) drove in one with a sacrifice fly and junior shortstop Brian Dempsey (Potomac, Md.) manufactured a run with a stolen base and two throwing errors on the play to score.

Clemson got those two runs back in the sixth, but the two sides traded runs as Boston College plated a pair in the bottom half. A passed ball moved two Eagles into scoring position and freshman designated hitter Lucas Stalman (Bedford Hills, N.Y.) delivered both to the plate with a two-out double snuck inside the third base bag.

UP NEXT
The series finale is set for 1 p.m. on Sunday. Freshman RHP Mason Pelio (San Diego, Calif.) goes to the mound for Boston College.