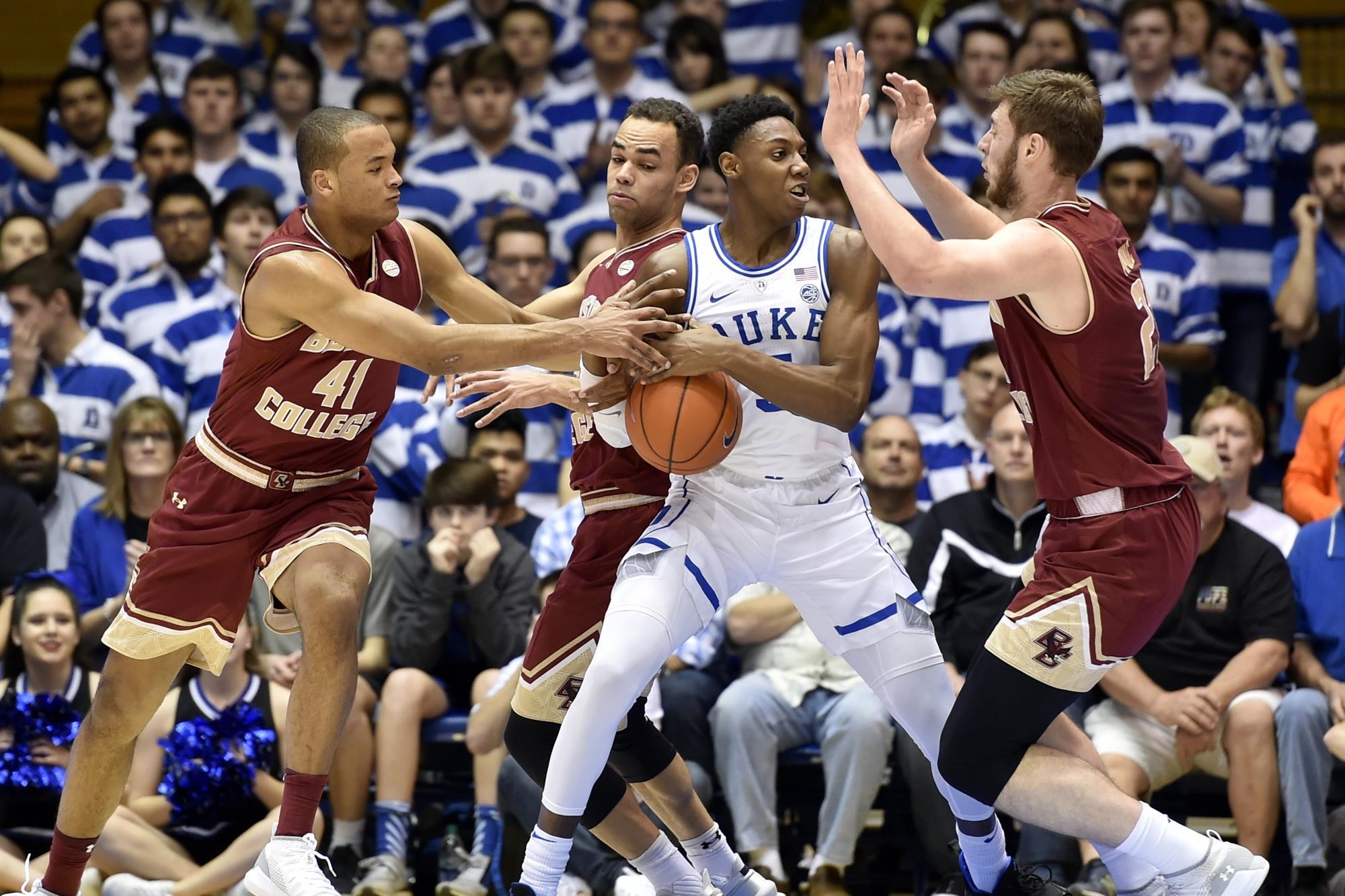 DURHAM, N.C. — No. 2 Duke opened the second half on an 8-0 run as the Blue Devils captured an 80-55 victory over Boston College Tuesday evening at Cameron Indoor Stadium. Boston College carried a 30-28 lead into halftime after limiting Duke to 1-of-15 shooting from three-point range in the first half.

Duke outscored the Eagles 52-25 over the final 20 minutes of play to secure the victory.

The Blue Devils moved to 20-2 overall and 8-1 in the ACC while Boston College dropped to 11-10 on the season and 2-7 in conference play.
BC shot the ball well from downtown in the first half to take the lead into the half. The Eagles connected on four of nine from behind the arc in the first 20 minutes.

Nik Popovic led the way with eight in the first half while Ky Bowman scored all seven of his points over the final five minutes of the half.

Jordan Chatman led BC with 16 points while Popovic contributed 13 points and eight rebounds. Bowman added 11 points and six rebounds as well for the Eagles.

STAT OF THE GAME:
+17 – Duke totaled nine blocks and nine steals on the night while BC finished with just one steal and zero blocks.

FOR THE ANALYTICS CROWD:
Only one BC player – Steffon Mitchell – cracked double-digits in efficiency.  The sophomore tallied an 11 on the night.  Efficiency rating is calculated using the following formula: (PTS + REB + AST + STL + BLK – Missed Shots – TO).

UP NEXT:
Boston College returns to action Saturday, Feb. 9 at Syracuse. Tipoff is at 2 p.m. on Raycom Sports (TV-38 in Boston). The game can also be heard live on the Boston College IMG Sports Network (WEEI 850 AM) with Josh Maurer and Kevin Collins