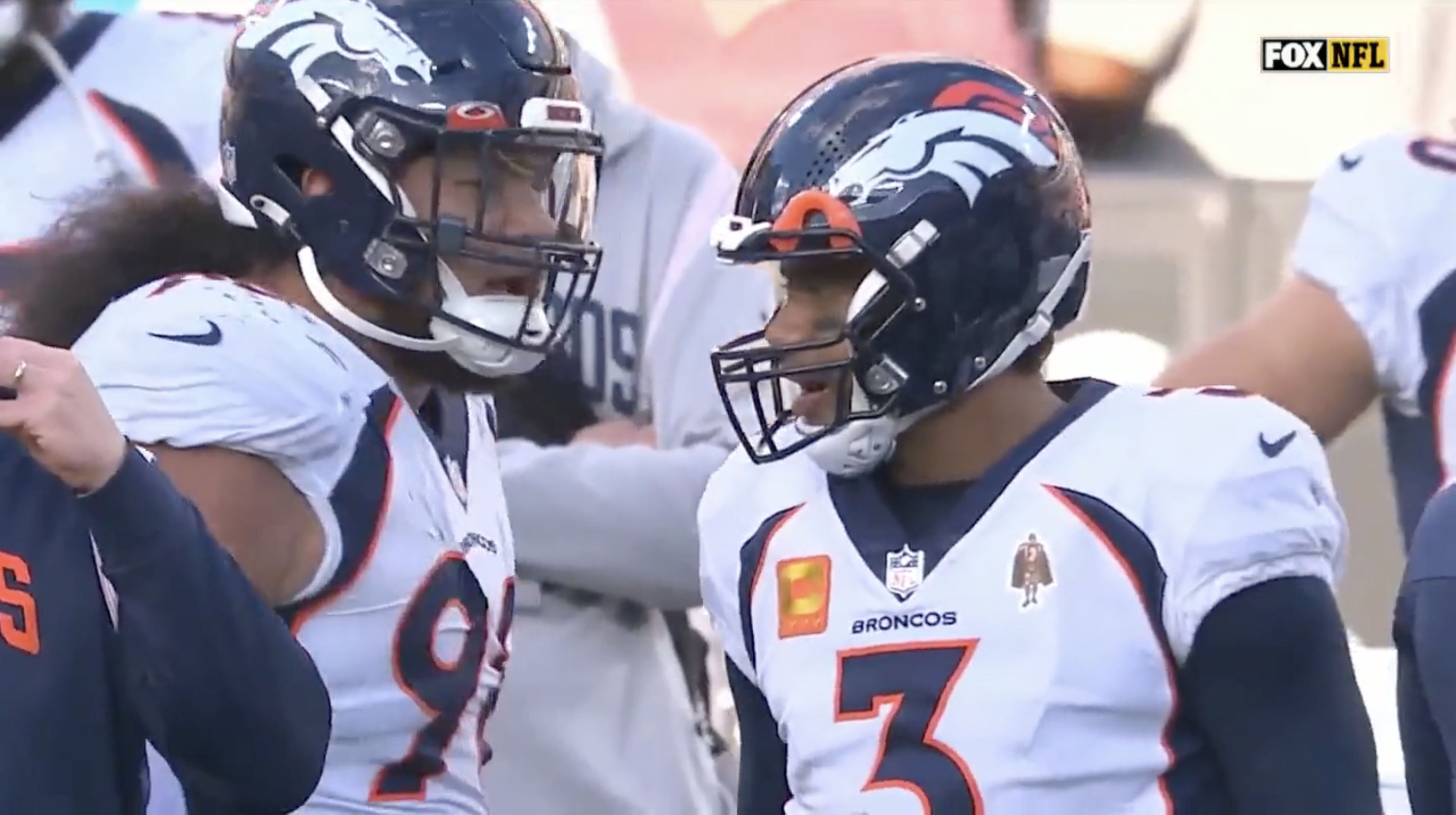 When you go on YouTube and watch sports talk videos, or check out sports TV pundits on TV, everybody’s piling on one guy: Russell Wilson. I kind of feel sorry for him though I’m not sure he deserves sympathy.

There are reports Russ has been calling plays used by his former team, the Seattle Seahawks, that his Broncos teammates aren’t familiar with. Odd at the least; troubling at worst.

Don’t forget, he was once one of the league’s best quarterbacks. This season he’s become one of the worst. The slide from high to low seems too fast. It’s not normal. Guys fall from good to poor gradually, not immediately.

With Russ a mess, the Broncos keep losing. This would all be bad enough. But the team paid him some $240 million to join their team this season and signed him to a long-term contract. It’s looking like one of the worst trades in NFL history. The downfall of Russ is the biggest story in the NFL right now.

Nobody seems to know but clearly, something’s wrong with Russ. Maybe he’s just past his prime, a big slower running, and less accurate passing. I’ve heard the word “fraud” and “phony” used about him. This is all surprising to me. For many years Russ struck me as a classy, articulate guy and a talented football player, one of the best at scrambling from the pocket and either running for good yards or finding an open man while he was on the run. I thought he was nothing other than a good person and above average NFL player.

It’s starting to come together that he’s probably something other than who I thought he was. Apparently, he wasn’t the most liked guy by at least some of his teammates on the Seahawks. His coach there for several years, Pete Carroll, insinuated recently that Russ wasn’t willing to wear a playlist on his wristband during games to ensure he knew which plays to call and execute – even though that’s what Carroll wanted him to do.

I’m starting to think – and this is pure speculation – that there’s something emotionally off with the guy, maybe some sort of mental illness or personal issues. When a guy is calling plays his previous team used that his new teammates aren’t familiar with – in the middle of the game – that’s a sign of something disconcerting at least and more likely something more sinister. When a guy falls off a cliff from one of the best NFL quarterbacks to one of the worst almost overnight, something’s awry.

Is he suffering from depression? Anxiety? I can tell you this: When you’re depressed you don’t perform at your best. It’s tougher to concentrate. You turn inward and look sad. That’s how Russ looks.

I don’t wish Russell Wilson ill will. I hope he snaps out of this. But I do have to wonder if all the criticisms of him now coming out about his personality are true. Evidently, he’s been keenly interested in being the NFL’s MVP one season. He thinks that’s a big deal and wants to win that honor to cement as legacy as one of the great all-time quarterbacks.

In Seattle he got frustrated with all the running plays Carroll wanted him to run because he felt the way to get the MVP was through his passing statistics. If this is true, this guy sounds a bit more interested in himself than his teammates.

Individual honors are important to him, more so than most other guys. But why?

Is Russell Wilson truly someone other than who we thought he was? Has he been putting on some kind of act about being a good guy when he was something less than that?

Everybody’s wondering. Come on, Russ. I’m rooting for you to feel and play better and to stop upsetting your teammates and coaches.