USF Bulls: A Close Lost to the Tulsa Golden Hurricanes 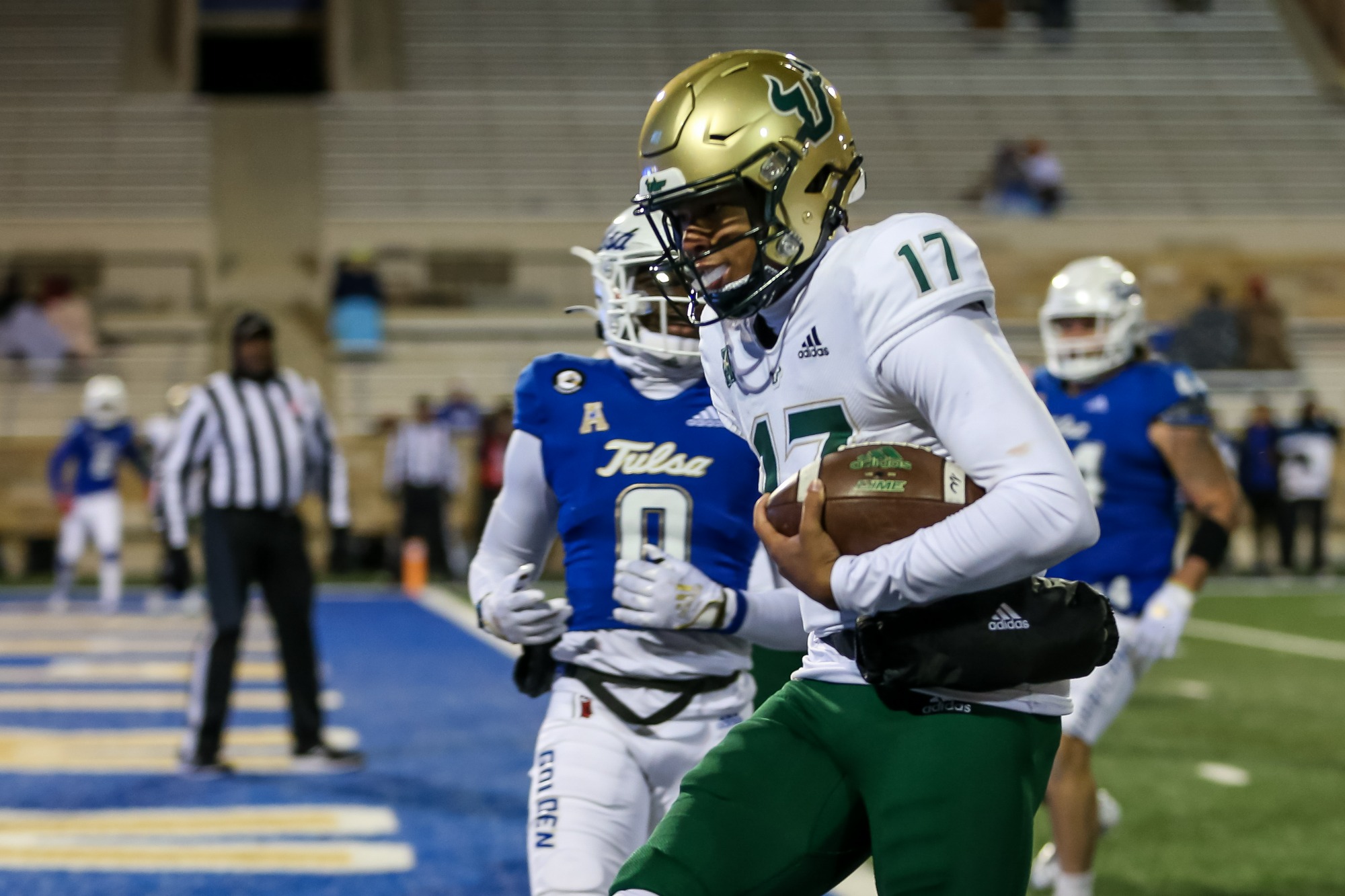 The second to last game for the USF Bulls was against the Tulsa Golden Hurricanes. The bad news was the same story as it has been in the previous nine games. The Bulls play one-half of football and make costly mistakes at the wrong time. The team came out and started the game off very well and then fell apart. This team has the talent to win and they can score points, just not enough. Being down to their third-string quarterback they played well enough to win. Many people know that there is a new coach on the horizon. Da Prato has done well in the two games he has been interim head coach. He is doing the best he can with what talent the players have. The season comes to an end next Saturday night.

The first quarter was one of the best for the USF Bulls. The defense played well and kept Tulsa to just seven points. On the other hand, the Bulls got a field goal on their first drive and a touchdown later in the quarter. Remember I said the Bulls make mistakes at the wrong time, well that happened in the second quarter. A fumble cost USF. They were outscored 24-10 in that quarter.

Going into the half they trailed 31-20. Most people would say that is not a bad half going in down 11 points. The problem I have seen all season is the Bulls either score a bunch of points, lose the lead, or trail by so many that they cannot come back. Tulsa took advantage of the USF Bulls turnover. They also were able to get their offense starting to click on all cylinders.

The third quarter was just like the first for the USF Bulls they were able to outscore Tulsa. By the end, the Bulls had pulled within three points of the lead. This is where many would have said they might have gotten their second win of the season. But that was not to be. Tulsa outscored them in the fourth by three points and the Bulls lost by six points falling 48-42.

The mistakes that happened were the two turnovers and the fact that the team cannot convert on third and fourth down. That has been the problem in most of the games this year. When a team cannot sustain drives, it is hard to stop the other team. What I liked about it is that Byrum Brown looked good in his first start. Brown threw for three touchdowns and no interceptions. He also ran for 76 yards and one touchdown. Brian Battie rushed for 169 yards to pass 1,000 yards for the season. It has been a while since the Bulls have had a 1,000-yard rusher.

See the talent is there. Until the USF Bulls can put together a complete game they will not win. The fans are hoping that they can come together in the final home game against the UCF Golden Knights. The Knights are coming off a loss to Navy. The Knights have dominated the series as of late. The Bulls almost won last year in Orlando but had a late turnover that cost them the game. We all know that the Bulls will have a new head coach and hopefully, he can get the program back on the right track. Let’s see what happens against the Knights and in 2023.