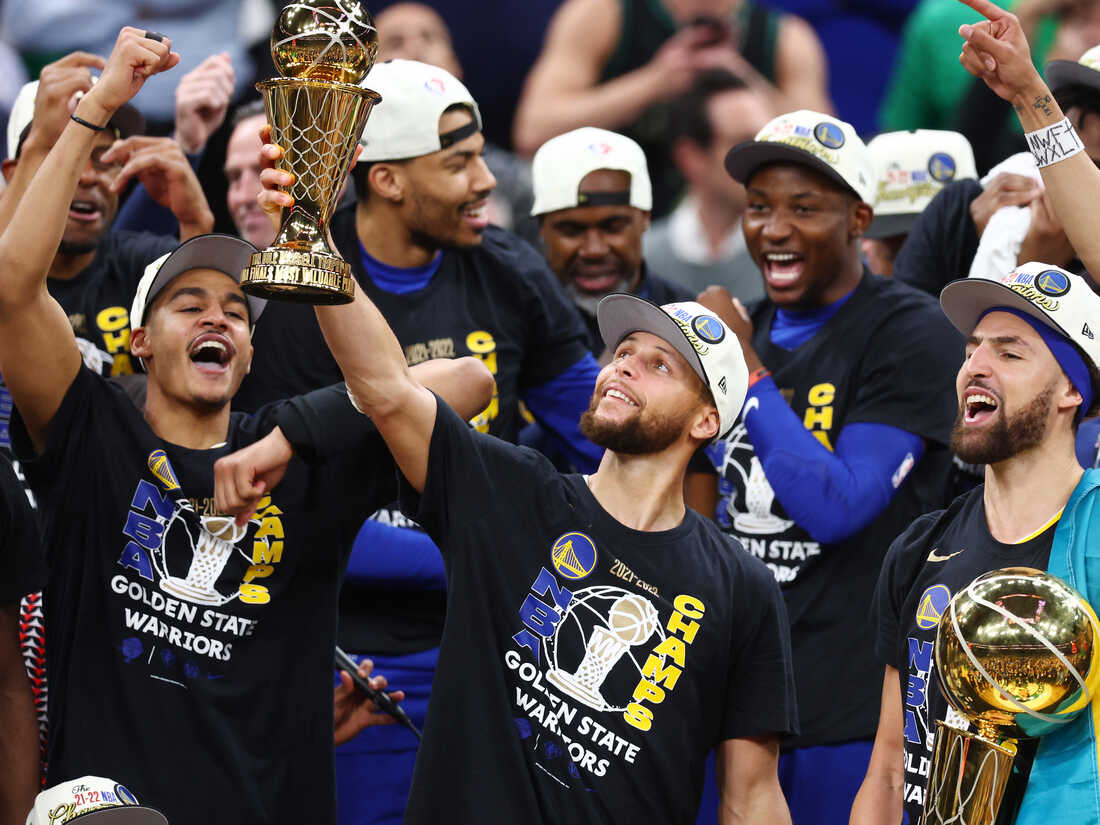 For the seventh time since the birth of the league and the fourth time in the last eight years, the Golden State Warriors are NBA champions. The Warriors won Game 6 103-90, ending the series 4-2. The team was led by Stephen Curry, who led all Warriors with 34 points, seven rebounds, and seven assists. Curry shot 6-11 from three, an important part of his dominant Game 6 performance. Curry had help from all the starters, with Draymond Green having another bounce-back game. Green looked like the Draymond of the early Warriors Dynasty. Green finished with 12 points, 11 rebounds, and eight assists. The former defensive player of the year contributed on the defensive end as well, with eight of his 11 rebounds being defensive rebounds, recording two blocks, and two assists.

Andrew Wiggins had another solid night as he won his first championship. Wiggins finished with 18 points, six rebounds, and five assists. He was another major player for the Warriors on the defensive end, leading all players with four steals and three blocks. On the bench, Jordan Poole was the key for the Warriors. Poole finished with 15 points, shooting 3-7 from three. While key Warriors like Klay Thompson did not have a great night, the Warriors defense made up for the lack of scoring. Golden State was able to hold Boston to only 90 points. In each of the four Warriors wins, the Celtics were held to under 100 points.

On the Boston Celtics end, they fought until the end. Jaylen Brown led all Celtics with 34 points, seven rebounds, and three assists. Other Celtics star Jayson Tatum had another rough night, finishing with 13 points and seven assists. This was the second game during the Finals where Tatum finished with less than 13 points. Al Horford finished with 19 points and 14 rebounds, finishing his first Finals run with a great performance. When it came to the bench, there was almost no scoring. Boston’s bench only finished with five points in comparison to 21 from the Warriors. While the Boston had a rough night, their great season cannot go unnoticed. The team went from the 9th Seed at the beginning of the year to finishing second in the East and reaching the NBA Finals, making their way through the Brooklyn Nets, 2021 Champion Milwaukee Bucks, and Miami Heat. There is no doubt that Boston will be in the title conversation for years to come.

With the Warriors winning the 2022 NBA Championship, Steph Curry was given the Bill Russell NBA Finals MVP award. This is the first time Steph has won Finals MVP, adding another great award to his already amazing resume.  Winning his fourth Championship, Steph Curry is on a short list of players who have won four or more championships. Curry now has as many championships as Shaquille O’Neal, LeBron James, and Robert Parish. Many have argued about whether Stephen Curry is a top-10 player of all time but winning a fourth championship has further solidified his status as one of the best to ever play the game. Curry finishes his 13th season as a four-time champion, one-time finals MVP, one-time Western Conference Finals MVP, back-to-back league MVP, an eight-time All-NBA player, a two-time scoring champion, and a member of the 75th Anniversary team. Not even 35 and Golden State likely looking the same for the next handful of years, Stephen Curry and the Warriors will be title contenders for the next handful of years. With the end of the historic 75th season of the NBA, the Golden State Warriors have reached the mountaintop once again.