BC Shut Out in Season Finale. Eagles close 2022 with 5-0 loss at Clemson 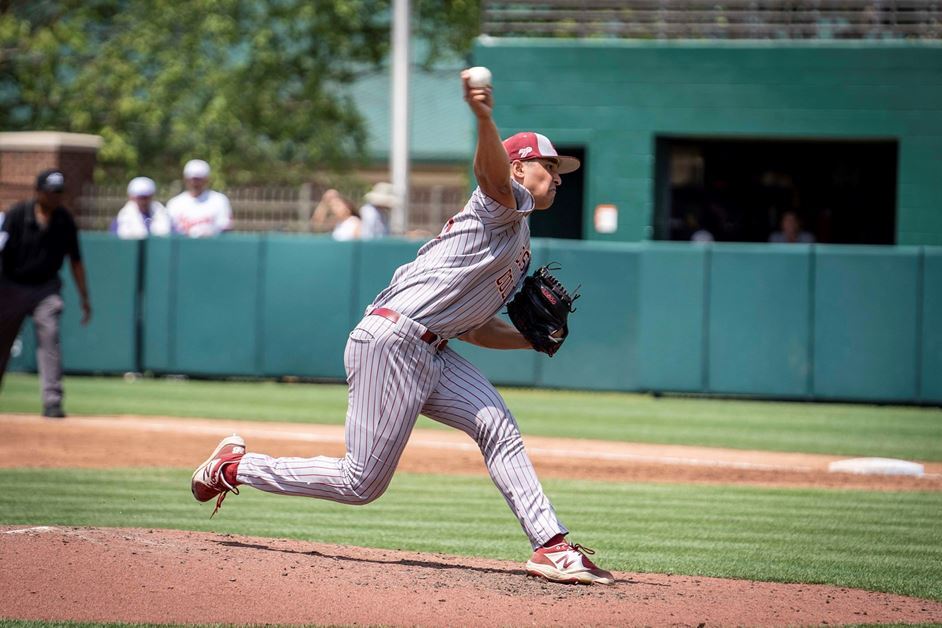 CLEMSON, S.C. – The Boston College baseball team ended its season with a 5-0 loss to Clemson at Doug Kingsmore Stadium on Saturday afternoon. The Eagles finished the season with a 19-33 overall record and 5-25 in the ACC.

In what was a staff day on the mound for the BC Eagles, graduate righty Liam Dvorak (Bayport, N.Y.) made his first start of the year and sat the Tigers (35-21, 13-16 ACC) down in order, capped by a called strike three. Clemson got a run off freshman RHP Eric Schroeder (Ridgewood, N.J.) in the third; his second inning of relief. Schroeder (0-6) took the loss with one run against two hits and two walks.

Senior right-hander Mason Pelio (San Diego, Calif.) was the second BC reliever of the day. He struck out three batters in his first inning of work, needing to secure a fourth out on a come-backer to the mound after a strike-three passed ball. Pelio allowed one hit and one walk in his outing.

Clemson right-hander Billy Barlow (2-3) went six innings in the win. He allowed just one hit, a third-inning single up the middle to BC freshman shortstop Aidan Harrington (Millis, Mass.). Barlow struck out four and did not issue a walk.