Boston College Falls in ALS Game at Fenway to No. 8 Virginia Tech 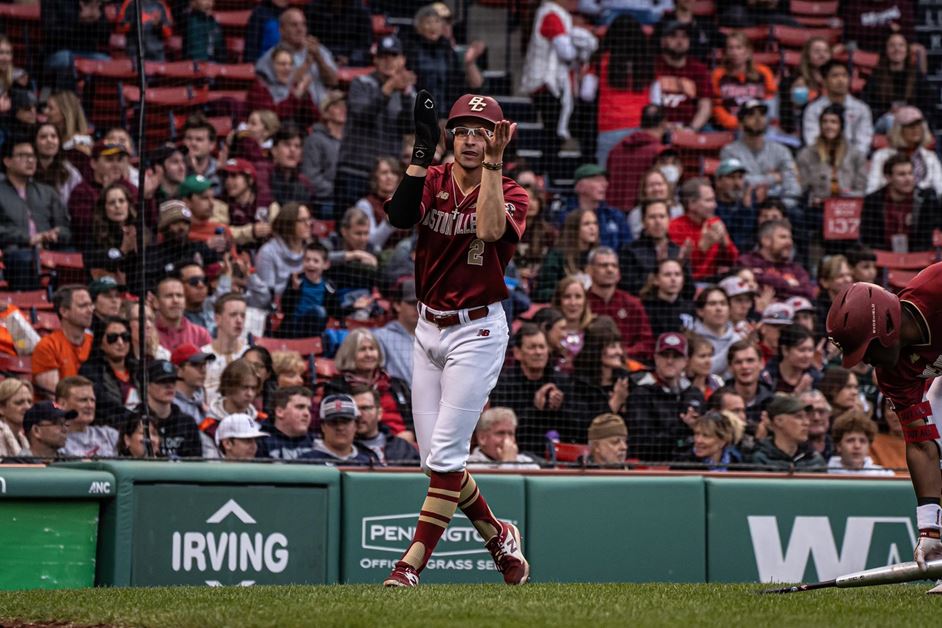 BOSTON – The Boston College baseball team lost to No. 8 Virginia Tech, 6-1, in front of 3,760 in attendance at Fenway Park on Saturday night. The Eagles scored a run in the first, but the Hokies rallied to tie in the third and scored the last six runs of the game.

The game served as BC’s 10th Annual ALS Awareness Game to honor former captain Pete Frates, who passed from ALS at the age of 34 in 2019. All proceeds from ticket sales went to the Peter Frates Family Foundation to benefit families caring for individuals with ALS. The game raised a total of $37,600.

The Eagles staked graduate right-hander Henry Leake (Burbank, Calif.) to a 1-0 lead on an RBI single banged off the Green Monster by junior catcher Parker Landwehr (Baltimore, Md.) in the bottom of the first. The Hokies pulled even in the third, while Leake (2-1) went on to throw seven innings. He struck out six, walked one, and allowed four runs, three earned, on seven hits.

For Virginia Tech, right-hander Drue Hackenberg (8-0) bounced back from the one run allowed in the first to strike out seven, walk two and allow just six hits.

UP NEXT
The series wraps up on Sunday at 1 p.m. back at the Harrington Athletics Village; streaming on ACCNX.