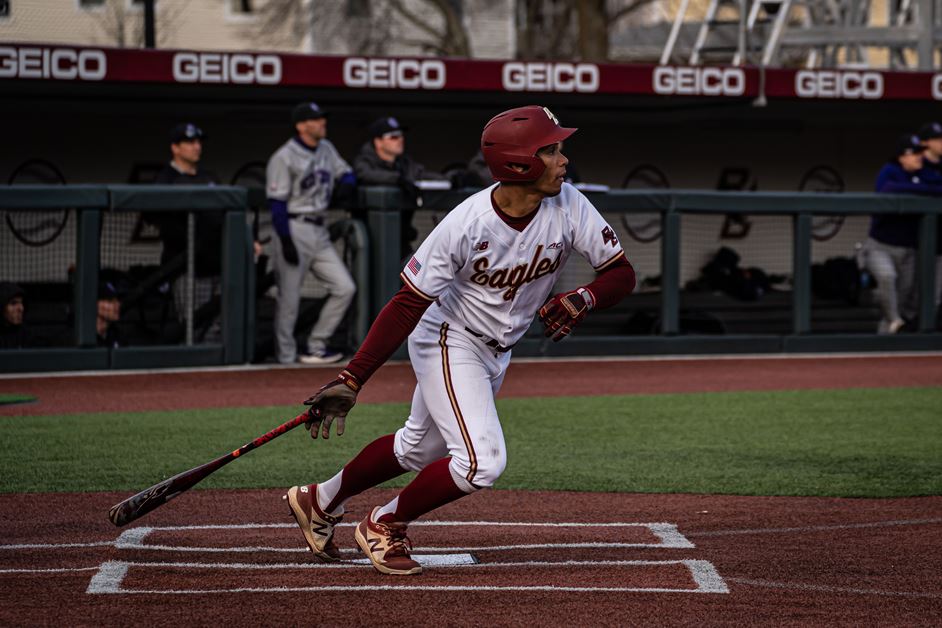 BRIGHTON, Mass. – The Boston College baseball team lost its weekend opener to No. 18 Louisville, 6-1, at the Harrington Athletics Village on Friday evening. The two sides were scoreless through four before the Cardinals (17-5, 4-0) struck for two runs in the fifth.

Saturday’s game between BC and UL has been moved up to a noon first pitch due to rain in the forecast. The Frates Center dedication ceremony is still set for 11:30 a.m.

The Eagles (9-12, 1-6) cut the deficit in half in the bottom of the sixth with a double off the wall by junior designated hitter Parker Landwehr (Baltimore, Md.). Louisville answered immediately with home runs from first baseman Ben Bianco and third baseman Ben Metzinger after BC completed a strike-em-out-throw-em-out double play.

Cardinal lefty Tate Kuehner (4-0) went 5.2 innings to earn the win. He gave up one run on six hits and two walks with two strikeouts. BC right-hander Joe Mancini (Fairfield, Conn.) gave up two runs across five innings in the loss. Mancini (2-1) struck out five and walked just one with six hits against.

UP NEXT
Game two of the series is set for 2 p.m. on Saturday. BC freshman right-hander Sean Hard (Mahwah, N.J.) goes to the mound against RHP Jared Poland.