The Circle of Life: Boyhood, Brothers, Basketball and March Madness 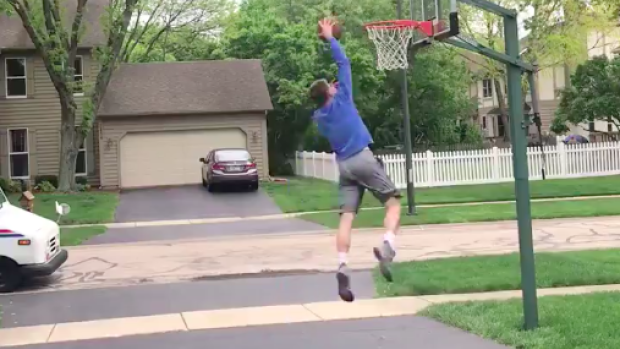 Basketball filled my childhood fantasies. From the age of six, I started shooting the ball in my slanted front driveway. My three older brothers would often play with me.

On that court, our lives converged and grew entangled. We competed against each other and fantasized about becoming star high school and college players. Maybe even pros.

We didn’t just shoot around. We practiced methodically, consistently, by day and night, in winter and summer, even with snow on the ground. Shooting a basketball with frozen hands stung but we did it because we had found our passions. Passion trumps pain.

Then we’d play two on two. We didn’t treat each like brothers in those games. We played like frenemies – at best. We aimed to prove we reigned, had more skills, could move with more guile and speed, and could dominate physically, emotionally, and psychologically.

We played mind games. As one of us shot, the defender would heckle saying “brick” or “off” to make the shooter think about what was being said instead of the shot. Not nice. Not brotherly love. Ill-willed. One of my brothers, who shall remain nameless, spit on the ground as we shot.

We distracted each other, pushed and shoved, and held on if a player beat us off the dribble. Better to cheat and foul than get scored on. It was more like rugby and football.

This went on for more than a decade.

As the years went by I played in leagues. I made a buzzer-beater in eighth grade to beat a talented and well-coached St. Albans team in Washington, D.C. They had the more expensive uniforms, the more expensive and higher quality educations. But at the buzzer, I stuck the 16-foot baseline jumper.

Bam. Ball game. Victory. Sweet as key lime pie drizzled with raspberry icing. They’re all now powerful businessmen and political juggernauts. They matter. I blog. But they all lost to me that day.

Meanwhile, my brothers went on and had their star-studded moments in grade school and high school. Basketball bonded us then. Still does.

Even today, the first day of the 2022 March Madness saga and extravaganza is unlike no other. Every year, this tournament excites America. Not most years; every year.

It’s like going to the movie theater knowing you’re going to see a great show. You don’t wonder if it’ll be good. You know it will. It’s never clear how. All that’s clear is you’ll be enthralled. Surprises abound.

In this year’s tournament, I want to see UCLA’s Johnny Juzang hit clutch jumpers again like he did last March in the Final Four against Gonzaga. Johnny stuck jumper after jumper after jumper. The game, as gorgeous as a Florida sunrise, ended with Jalen Suggs banking a 40-footer at the buzzer to send the Zags to the championship game on Monday night.

For those of you who missed that game, let me put it this way: It ranks among the greatest basketball games I’ve ever seen and I’ve seen thousands. Gut-tingling drama from the opening tip. UCLA plays like teammates destined for ultimate glory. The game drew me in along with everyone who saw it.

Phil Collins wrote a great song, “One More Night.” Give me one more night of Johnny Juzang.

Basketball beauty. Two teams vying for the ultimate team goal, a national championship, elevating their play when it mattered most.

March Madness basks in basketball beauty. Thirty-foot swishes make the nets look like a woman’s fire white skirt fluttering in the wind. The backdoor cut leading to a sharp bounce pass leading to an easy layup, like laying a deck of cards on a table. Is there anything more pure and satisfying than a bounce pass to a guy cutting back door for a deuce? It’s deception and chess and ballet rolled into one three-second act. Cut, bounce pass, bucket.

In this year’s tourney, none of us know what will happen. But we know something will. And that something will move us emotionally. We may yell or jump out of our seats. We’ll feel something.

Like when we first fondled a basketball, went out in our driveways, and started playing this gorgeous game.

Like when we competed against our brothers in our front driveways.