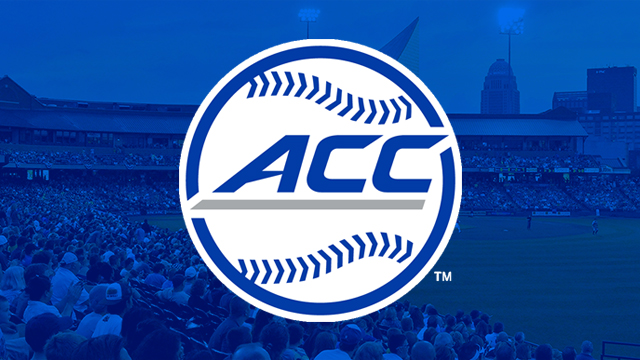 It’s go-time as conference action is about to begin in the ACC. All but two schools will get started this weekend. Louisville and Clemson will have to wait another weekend to play league baseball. That’s because both teams will be playing home series against Big-10 schools. For the Cardinals, they will host Michigan, and for the Tigers, they will welcome Northwestern. Hope you are ready as the fun is about to get started.

There are five undefeated teams in Division 1 baseball. Three of those programs are in the ACC. Clemson, Virginia, and Wake Forest have yet to taste defeat. The other two programs that are also without a loss are Purdue and Tennessee Tech. Four ACC schools are ranked in the nation’s Top-10 this week with Notre Dame (8-1) the highest at #3 by Baseball America. Virginia (11-0) checks in at #5 in Baseball America’s latest poll. There are nine league members that are ranked in the Top-30 in at least one publication. Wake Forest (11-0) made their debut in the NCBWA poll for the first time this week.

As league play gets underway, there are three teams that have gotten off to fast starts in non-league play. Clemson, Wake Forest, and Virginia all have an 11-game winning streak as this weekend nears. In fact, nine teams will play with a winning streak starting on Friday. The ACC has dominated the non-league portion of their schedule. Last week saw the Tigers sweep South Carolina. Georgia Tech did the same to then #5 Georgia Bulldogs. Louisville, North Carolina, and Virginia all swept their series as well. Wake went 2-0 in their series. So far the ACC has gone 119-38 vs non-league opponents including 91-10 in home games.

The Atlantic Coast Conference also swept up the first player of the month awards handed out by the NCBWA. North Carolina State first baseman Tommy White was named hitter of the month. White is batting .431 with nine home runs and 29 RBI. He is slugging .980 and has an on-base of .500. He leads the conference in home runs with those nine, is third in hits with 22, is tied for the RBI lead with 29, and leads in total bases with 50. Left-handed pitcher Bryce Hubbard of Florida State is the pitcher of the month. He is 3-0 with an ERA of 0.96. In 18.2 innings pitched, Bryce has allowed 11 hits and two earned runs, has walked two and has struck out 34. His strikeout total led the league. In his three starts to date, Bryce has averaged 6.2 innings per start.

Collegiate Baseball also recognized a couple of players from the conference this week. They are catcher Taten Levins of Pittsburgh and Virginia Tech second baseman Eduardo Malinowski. Levins had himself quite a weekend in the All-American Classic. He hit 6-for-13, .463 with five runs scored, three home runs, and nine RBI. He has a team-best 1.693 OPS and a 1.231 slugging percentage. He hit big flies in all three games he played in including a grand slam in the Sunday finale vs Campbell. Against Army, he struck a double and home run and hit a two-run bomb aganist Ohio State. His performance would also get him player of the week in the ACC. Malinowski is hitting .421 in 10 games for the Hokies, he is slugging 1.079 in those games, with 7 HR and 18 runs batted in with an on-base of .478. He is second in the home run chase with those seven and fifth in total bases with 41. His slugging percentage is second as well.

Austin Temple of Notre Dame is this week’s pitcher of the week. The right-hander gave up one hit in seven innings of work against Minnesota in the Cambria Classic. He took a no-hitter into the seventh before allowing the only hit he would surrender. He had nine punchouts in his outing which is a career high. For his start in that tournament, Austin was named MVP. On the young season, Temple is 2-0 with a 1.59 ERA, 23 strikeouts in 17 innings so far. Opponents are hitting .212 against him.

That will give you some idea of how good this league is. We hope you get out and see some ACC baseball at a school near you.