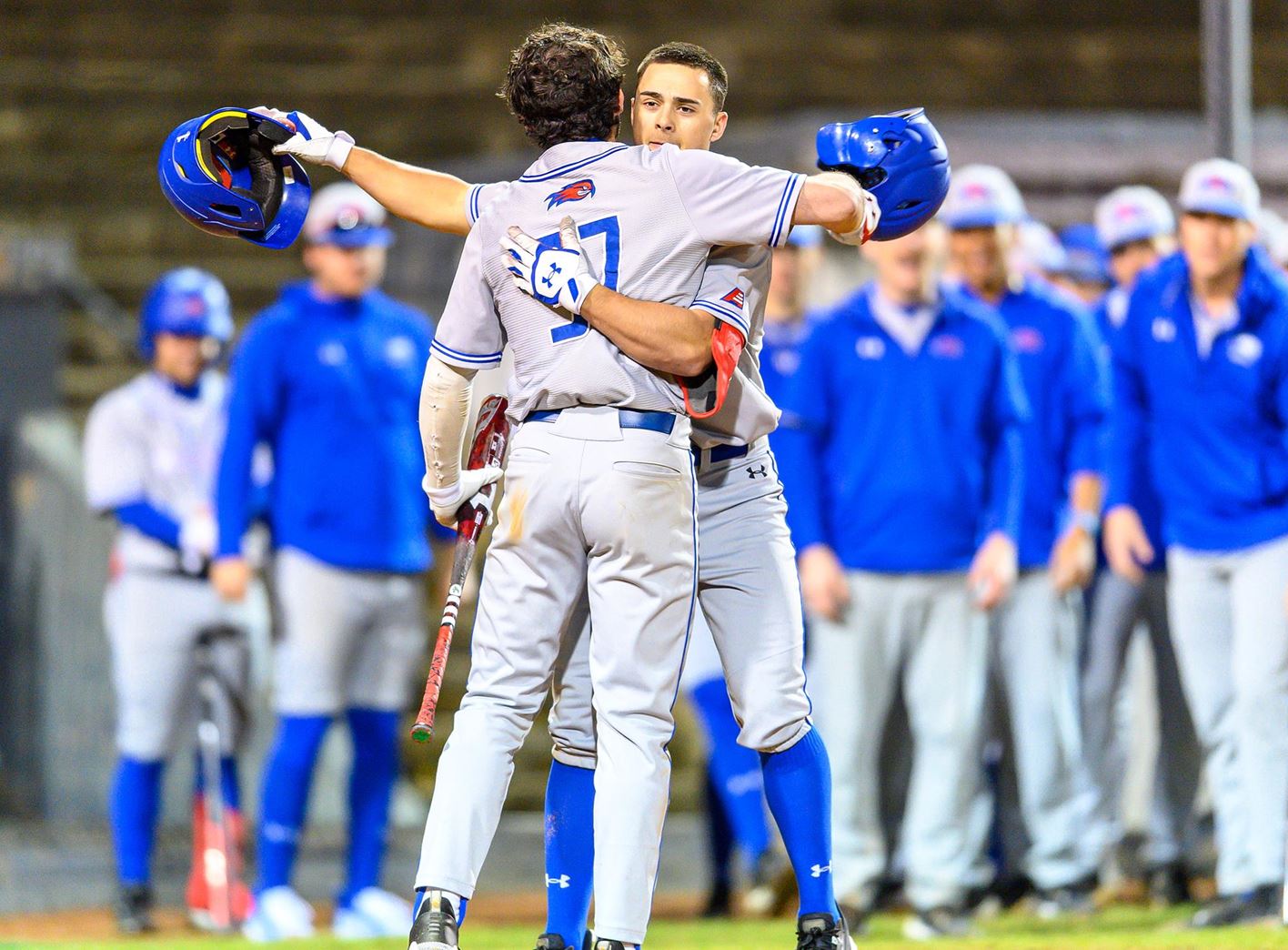 “Obviously it was nice to get our first win of the season,” said head coach Ken Harring. “LJ [Keevan] gave us a quality start and Ryan [Towle] was fantastic out of the bullpen. Brandon [Fish] had two huge hits for us which ended up being the difference.”

The UMass Lowell bats got going early in the game as sophomore Fritz Genther (Kingston, N.Y.) kicked things off with a single to right field. Genther then stole second to put the go-ahead run in scoring position. Sophomore Jimmy Sullivan (East Hampton, Conn.) then singled to right field and brought in two runs to put the River Hawks ahead 2-0 early.

Freshman LJ Keevan (Holden, Mass.) started on the mound for UMass Lowell and picked his first strikeout of the day in a 1-2-3 bottom half of the first. The Aggies cut the lead in half in the second, but Keevan struck out another batter to end the inning.

The Aggies scored three runs in the next two innings and jumped in front 4-2. UMass Lowell got back into the game in the fifth when senior Gerry Siracusa (Kinnelon, N.J.) hit one up the middle to bring in Sullivan and make it a 4-3 game. The River Hawks tied the game in the sixth after freshman Jacob Humphrey (Standish, Maine) scored on a throwing error.

Keevan continued to pitch well, striking out four batters in 5.2 innings. Graduate student Ryan Towle (Westfield, Mass.) came in relief for the freshman and closed out the sixth with a strikeout. With two runners on in the top of the seventh, freshman Brandon Fish (Londonderry, N.H.) hit a three-run shot to right-center to put the River Hawks ahead 7-4. Towle got Anthony Hennings swinging to end the inning.

The River Hawks extended the lead in the eighth after a sacrifice fly from junior Ryan Proto (Centerville, Mass.) brought in freshman Alex Luccini (Hopedale, Mass.) and a two-run single from Fish put UMass Lowell ahead 10-4. Towle went on to strike out four more Aggies in the final innings to secure the win for the River Hawks.

“We didn’t make routine plays in the second game and dug ourselves a big hole,” said Harring. “We only had two hits. The bright spots were Brendan Williams, Zach Fortuna, Brian Gaughan, and Matt Draper out of the bullpen.”

The Aggies came out strong in the second half of the doubleheader, as Cameran Brantley homered to right for a 1-0 lead. NC A&T added to the lead in the second, scoring on a fielder’s choice and a bases-loaded walk. Another single to right brought in two more runs for the Aggies, giving them a 5-0 lead in the second.

Sophomore Brendan Williams (Auburn, N.Y.) came in relief for senior Sal Fusco (Colonie, N.Y.) after the second inning. Williams picked up five strikeouts in four innings for the River Hawks. The Aggies added a sixth run in the bottom of the fifth and would hold on to win the second game of the day 6-0. The River Hawks finished game two with just two hits.