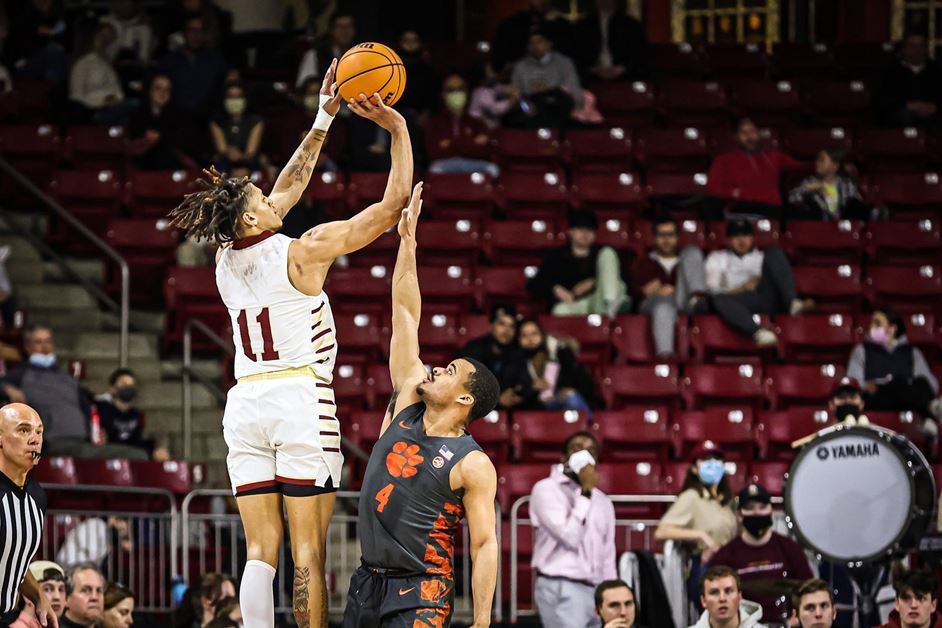 CHESTNUT HILL, Mass. — Chase Hunter scored 17 of his career-high 23 points in the second half, Al-Amir Dawes hit four of his eight 3-point shots to add 16 points off the bench and Clemson beat Boston College 70-60 on Saturday.

Clemson and Boston College are tied for the 11th seed into the Atlantic Coast Conference tournament field with two games left in the regular season.

James Karnik turned a three-point play a minute into the second half to tie the game and Boston College took a 33-30 lead on a layup from Makai Ashton-Langford less than three minutes into the period. Hunter scored eight straight points, including 4-for-4 from the line, to put Clemson in front, 42-35, and his 3-pointer with 4:18 left gave the Tigers a 10-point advantage, 57-47.