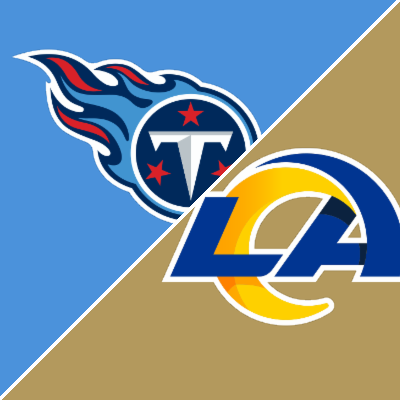 LOS ANGELES- The Tennessee Titans travel to the Golden State to take on the Los Angeles Rams in what is sure to be a playoff atmosphere.

The Titans no longer have Derrick Henry as his foot injury will sideline him for six to 10 weeks. However, a legendary running back will suit up for Tennessee. One of the “meanest” power running backs in NFL history, 36-year-old Adrian Peterson returns to the league. The ageless wonder could have a big night under the lights. Tennessee could very well have a feared power run game even without the league’s number one threat at running back. Peterson’s career stats are nothing short of mind-boggling and impressive. Will he regain that form quickly or will it be a slow start for Peterson as he hasn’t played in a while? He started 10 of 16 games last season with the Detroit Lions. So, it hasn’t been too long since Peterson last played. We shall see how long it takes Peterson to truck over defenders. Peterson rushed for 14,820 yards and 118 touchdowns throughout his 14-year career. Peterson looks like he has at least another season left in the tank. He will likely still display that “explosive” running style that fans are used to seeing.

Neither team features a top defense statistically but the Rams have one of the most feared defenses anyway with Aaron Donald leading the charge. It’ll be interesting to see how this turns out. This is sure to be a hard-fought, physical, old-school game on primetime. As of right now, the Rams will also have to slow down Julio Jones and A.J. Brown. There is a slight chance Brown could miss the game with an injury though.

How will this turn out? We’ll find out tomorrow night. The game starts at 8:20 p.m. Eastern Time on NBC.

Prediction: Adrian Peterson will have a big night and have plenty of long gains. It won’t take him too long to get into a rhythm. He’s always ready for the big show. 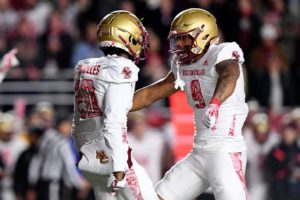 Next post Sportface Boozes His Troubles Away All Night Long