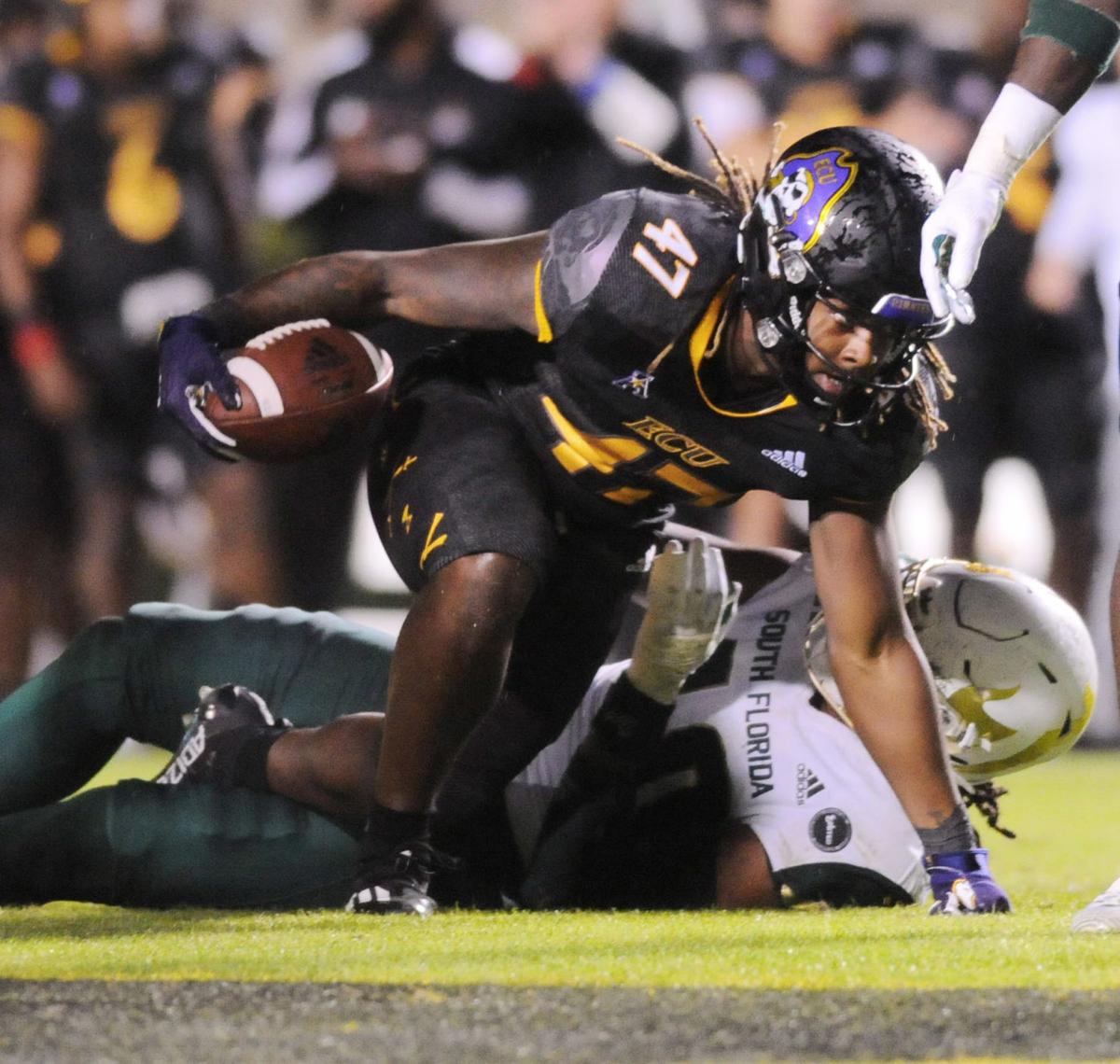 The USF Bulls came into Greenville, North Carolina on a high. They finally got their first conference win since 2019 off their shoulders. During the post-game press conference, head coach Jeff Scott was excited. He said that he saw the heart of the team last week. The players that attended the press conference said this team will continue to fight for each other for the rest of the season. The team that hosted them was the East Carolina Pirates. The same Pirates that lose the previous week versus the Houston Cougars in overtime. That game was delayed by five hours due to rain. The one aspect that we saw during the win over the Temple Owls was the way that the Bulls used the run. They set a program record last week and it seemed to be the same plan this week. Especially due to the rain that occurred before kickoff.

The USF Bulls started Katravis Marsh who came in last week against the Owls after Timmy McClain got hurt. Either way, the offense seems to move in more cohesion when Marsh is at the helm. The problem that happened last night is that Marsh threw three interceptions that were part of four turnovers for USF. Last week the Bulls used Jaren Mangham and he only had 12 carries for 67 yards. To me, Mangham is a touchdown machine. On the other hand, we did see Kelley Joiner Jr. have a second 100-yard rushing game. He had 12 carries for 103 yards. The USF offense was on the field for nearly 45 minutes last week. Last night they had half of that with 21 plus minutes. What that means is that the Bulls’ defense was on the field more. This has been a problem when the Bulls lose.

The ECU Pirates made their fair share of mistakes as well. They turned the ball over three times all by way of the fumble. The Pirates wore out the USF Bulls defense having possessed the ball over 38 minutes. The Bulls also struggled to get the Pirates off the field on third or fourth down. ECU was 6 for 17 on third down and 5 for 6 on fourth down. That means they extended drives and kept the Bulls’ offense off the field. The Pirates may have dodged a bullet when it looked like they committed a safety. After review, the officials said it was not a safety. The play after that ECU had a big passing play that ended with them scoring a touchdown. In my opinion, these types of plays should not directly affect the outcome of any game.

To me, the USF Bulls did not take advantage of the mistakes made by the ECU Pirates. I know one of the fumbles that were recovered by the Bulls did lead to a score. USF did not have any points in the second half and unless you’re up by many points, that will never lead to a victory. The defense struggled to get the Pirates off the field on third and fourth downs. What I also saw is that the Bulls’ defensive backs played too far from ECU wide receivers which led to easy receptions. The Bulls will have to go back to run the game and stay away from the pass as they head home for homecoming against the Houston Cougars on 11/6. 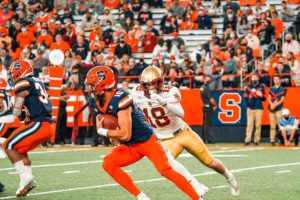 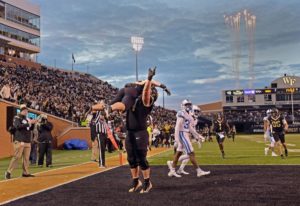