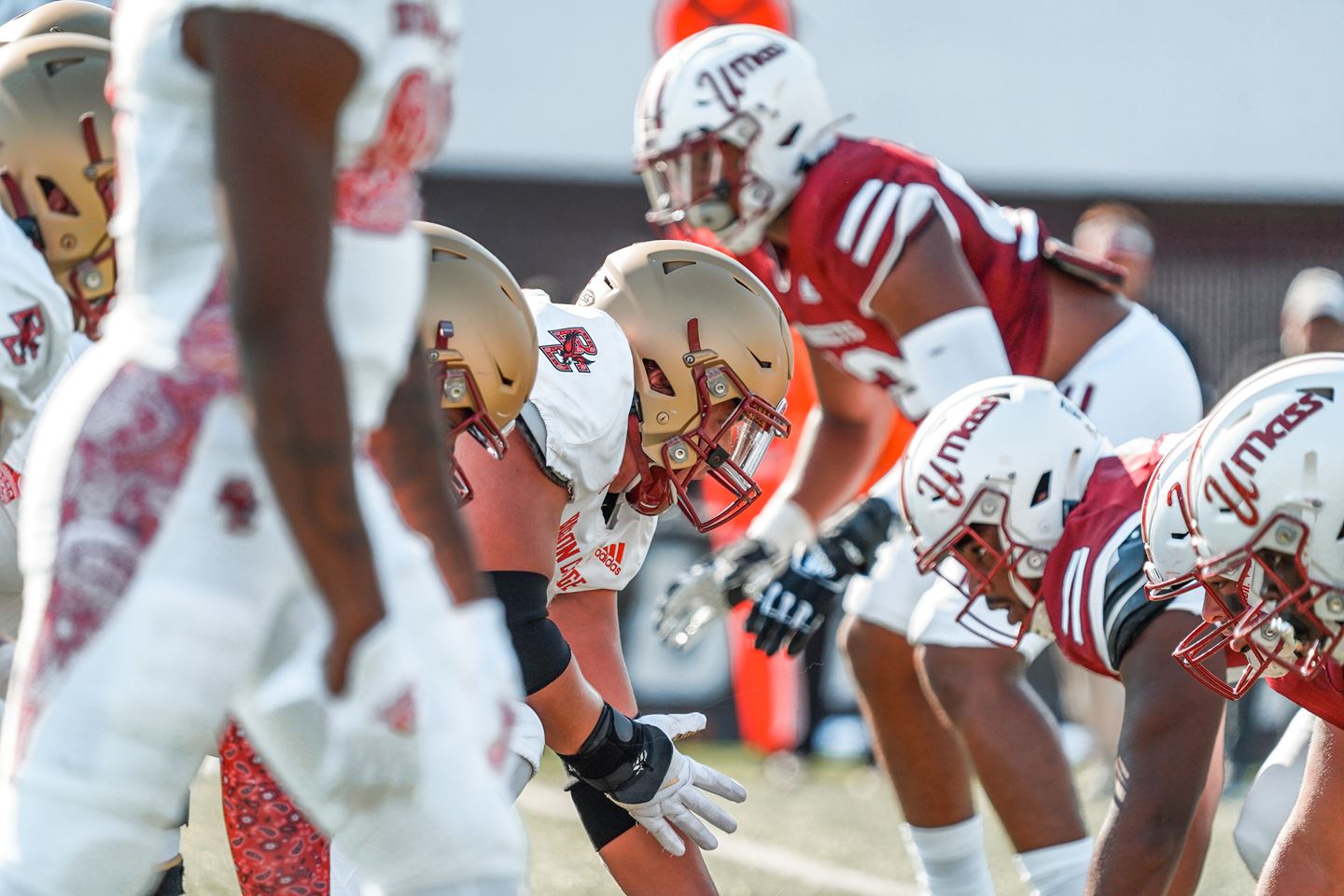 Boston College travels to Temple for the first time since 2004 for a Saturday noon kickoff at Lincoln Financial Field. Saturday’s game will be broadcast nationally on ESPNU. Brian Custer, Kelly Stouffer, and Lauren Sisler have the television broadcast call on ESPNU and the ESPN app. Coverage on the Boston College  Sports Network from Learfield begins at 11:30 a.m. with Jon Meterparel and Alastair Ingram on the call. Fans can listen to the game locally on WEEI 850 AM along with on Sirius channel 99, XM channel 203, and online via SiriusXM channel 966.

The Eagles improved to 2-0 with a 45-28 victory at UMass last Saturday. The first game in the series in Amherst since 1982 featured a career-high 160 yards from Pat Garwo in the win. BC has scored 96 points in its first two games to start the year, the second-best two-game point total to start the season in school history. Only the 2015 team scored more in the first two games (100 points).

The Series
Boston College and Temple meet for the 39th time Saturday in Philadelphia. It is the first game at Lincoln Financial Field against the Owls since 2004. BC played Temple every season from 1982-2004. BC is 29-7-2 against Temple and has won six straight in the series against the Owls. The last time Temple defeated BC was in 1999 (24-14 win in Philadelphia). The game marks the first time former Temple Director of Athletics Pat Kraft faces his former school. The William V. Campbell Director of Athletics began his tenure at Boston College on July 1, 2020, after serving as Temple’s AD from 2015-20. It’s a Temple homecoming for three additional Eagles this weekend – PK Aaron Boumerhi, DT Khris Banks, and LB Isaiah Graham-Mobley all transferred to BC from Temple. Boumerhi has yet to play this season due to injury but was 16-of-20 on field-goal attempts last year for the Eagles. Graham-Mobley has made an immediate impact after his off-season transfer to BC. A starter at linebacker in both games, he ranks second on the team with 13 tackles. Six Pennsylvania natives return to their home state for Saturday’s game. Boumerhi, Graham-Mobley join RB Pat Garwo, QB Phil Jurkovec, TE Hans Lillis, and WR Kobay White back in the Keystone State. BC has three straight wins in Philly against the Owls – 34-17 in 2004, 38-13 in 2003, and 36-14 in 2002. Temple’s last home win against BC was a 24-14 victory on Oct. 9, 1999. The largest margin of victory for BC in the series was a 66-14 win in 1993. BC’s longest winning streak in the series is eight games, from 1939-73.

Redshirt sophomore running back Pat Garwo rushed for a career-high 160 yards at UMass, becoming BC’s first 100-yard rusher since David Bailey at Syracuse (Nov. 7, 2020). Garwo’s previous career-best was 36 yards last season vs. Pitt (Oct. 10, 2020).
• Garwo became the first BC rusher over 150 yards since AJ Dillon (242) and David Bailey (172) did so at Syracuse (Nov. 2, 2019).
• Garwo averaged 10.7 yards per attempt, tied for the seventh-best single-game yards per carry average for a BC player since 1996.
• In his career, Garwo totaled 224 yards rushing in 10 games played before the breakout performance at UMass.
• This week should be an extra special game for Garwo and his family. His younger brother Andrew is a freshman cornerback at Temple.

11 on the Tackle
Junior defensive end Shitta Sillah leads BC with 14 total tackles through two games. The Somerset, N.J. native has played his best football of his career at the Heights to start the 2021 campaign.
• Sillah, who continued to develop in the off-season under head strength and conditioning coach Phil Matusz, has upped his weight to 253 pounds entering the year.
• Sillah is tied for the team lead in TFLs (2.0) and sacks (1.0).

High Marks in the Passing Game
Boston College ranks fifth nationally in passer rating as both Phil Jurkovec and Dennis Grosel have put up impressive numbers through two games.
• Jurkovec is 19-of-28 passing on the season for 326 yards and three touchdowns (201.0 rating).
• Grosel is 16-of-20 through the air for 243 yards and one score. His efficiency rating is 198.6.

500 Club
Boston College finished the day with 525 total yards in the 51-0 win over Colgate – the 36th time since 1996 that BC gained 500+ yards from scrimmage. BC is 29-7 in those games.
• The 525 yards of offense were the most in the Jeff Hafley era for the Eagles.
• The six touchdowns from scrimmage were also the most of any game coached by Hafley at BC.
• BC averaged 9.4 yards per touch against Colgate, the second-highest total of the Hafley era. BC’s 9.9 yards per touch in the 2020 Virginia game were the most during the Hafley era.

Defensive Touchdowns
BC ranks second nationally with two defensive touchdowns in 2021. Only Iowa has more defensive scores this season with three.
• Graduate Jahmin Muse got the party started with a pick-six against Colgate in the season opener.
• Graduate Jaiden Woodbey recovered a fumble for a 41-yard scoop-and-score touchdown in the second game of the year at UMass. Vinny DePalma made the jarring hit to knock the ball loose on the punt return before Woodbey returned it for the touchdown.