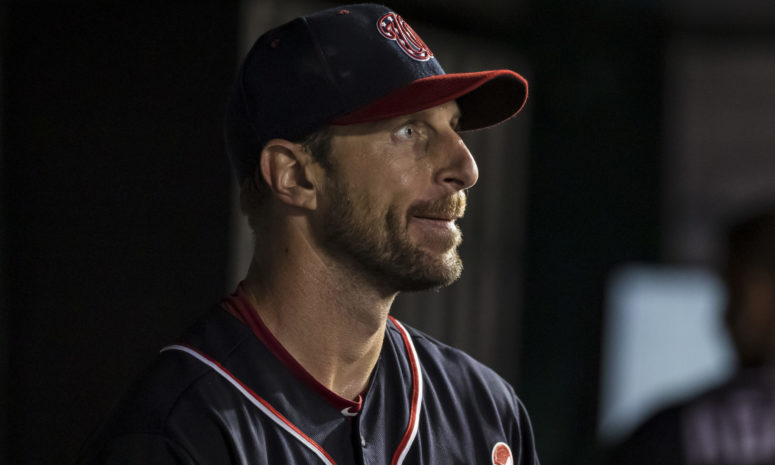 Seventy-one-year-old Roy Staiger, who lives in Lebanon, Missouri, played for the New York Mets from 1975 through 1977 and the New York Yankees in 1979. He appeared in 152 career games, came up to bat 457 times, collected 104 hits, including four home runs, one triple and 29 doubles, scored 42 runs and had 38 runs batted in.

Staiger enjoyed what could be termed a respectable career, but nothing that would earn him induction into the Hall of Fame (HOF). His time playing Major League Baseball (MLB) might otherwise be forgotten were it not for the fact that he is among over 600 retirees who aren’t receiving MLB pensions.

Other men from the Show Me state affected by this issue include Eldon’s Jim Golden, St. Charles’ Skip Guinn and St. Louis native Lloyd Merritt.

I mention this because one of the greatest pitchers in the history of the national pastime, the Washington Nationals’ Max Scherzer, who was born in Chesterfield, Missouri, is in a position to help all of them get MLB pensions.

Nicknamed “Mad Max” after the movie character played by Mel Gibson and Tom Hardy, and the fact that he’s arguably an intense guy (during a game) who isn’t afraid to speak his mind, Scherzer is a generational talent who has won three Cy Young Awards, pitched two no-hitters, appeared in nine All-Star Games and won a world championship with the Nats in 2019. He is a near certainty to enter the HOF on his first try, whenever that day comes.

Given all his success, Scherzer has been deservingly compensated. He is in the sixth year of a seven-year, $210 million deal he signed with the Nats in 2015.

And I don’t begrudge him one penny.

No, my problem with Max is that Scherzer is on the eight-man executive committee of the union representing current ballplayers, the Major League Baseball Players’ Association (MLBPA), and hasn’t lifted a finger to help all the men like Staiger, who made $15,000 in his rookie season with the Mets or Merritt, 88, who made a whopping $6,000 when he played for the Redbirds in 1957, or Golden, 85, who earned $10,500 in his final season with the Houston Colt .45s in 1963.

Men like Staiger, Golden, Merritt and Guinn paved the way for today’s players like Scherzer to command the salaries that are being handed out these days. They’re the ones who stood on picket lines, endured labor stoppages and went without paychecks so that the 25th man riding the pines this year could earn a minimum salary of $565,600. The average salary in the game is approximately $4 million.

But for sheer outrageousness, according to its own 2015 Internal Revenue Service (IRS), the MLBPA paid its 72 staff salaries totaling $16 million. The union’s executive director, former Detroit Tigers All-Star Tony Clark, receives a compensation package, including benefits, totaling more than $2.2 million.

Let that sink in. Unions are supposed to take care of working men and women. But the MLBPA is too busy doling out top shelf salaries to itself at the expense of octogenarians like Golden and Merritt.

What’s wrong with this picture?

See, the rules for receiving MLB pensions changed in 1980. Since 1980, all you’ve needed is 43 games on an active MLB roster to earn a pension. But Staiger and all the other men do not get pensions because they didn’t accrue four years of service credit. That was what ballplayers who played between 1947-1979 needed to be eligible for the pension plan.

Instead, they all receive nonqualified retirement payments based on a complicated formula that had to have been calculated by an actuary.

What’s more, the payment cannot be passed on to a spouse or designated beneficiary. So none of Mr. Staiger’s loved ones will receive the bone he is being thrown when he dies. These men are also not eligible to be covered under the league’s umbrella health insurance plan.

And because the league is under no obligation to collectively bargain about this item, if the retired men are to be helped, it is the union which has to go to bat for them.

Is Max mad about this situation? Is he mad enough to speak out about it?

Show me Max. Please show me. For the sake of the men who came before you.

Douglas J. Gladstone is the author of “A Bitter Cup of Coffee; How MLB & The Players’ Association Threw 874 Retirees a Curve.” He and his family reside in the Capital District of New York.