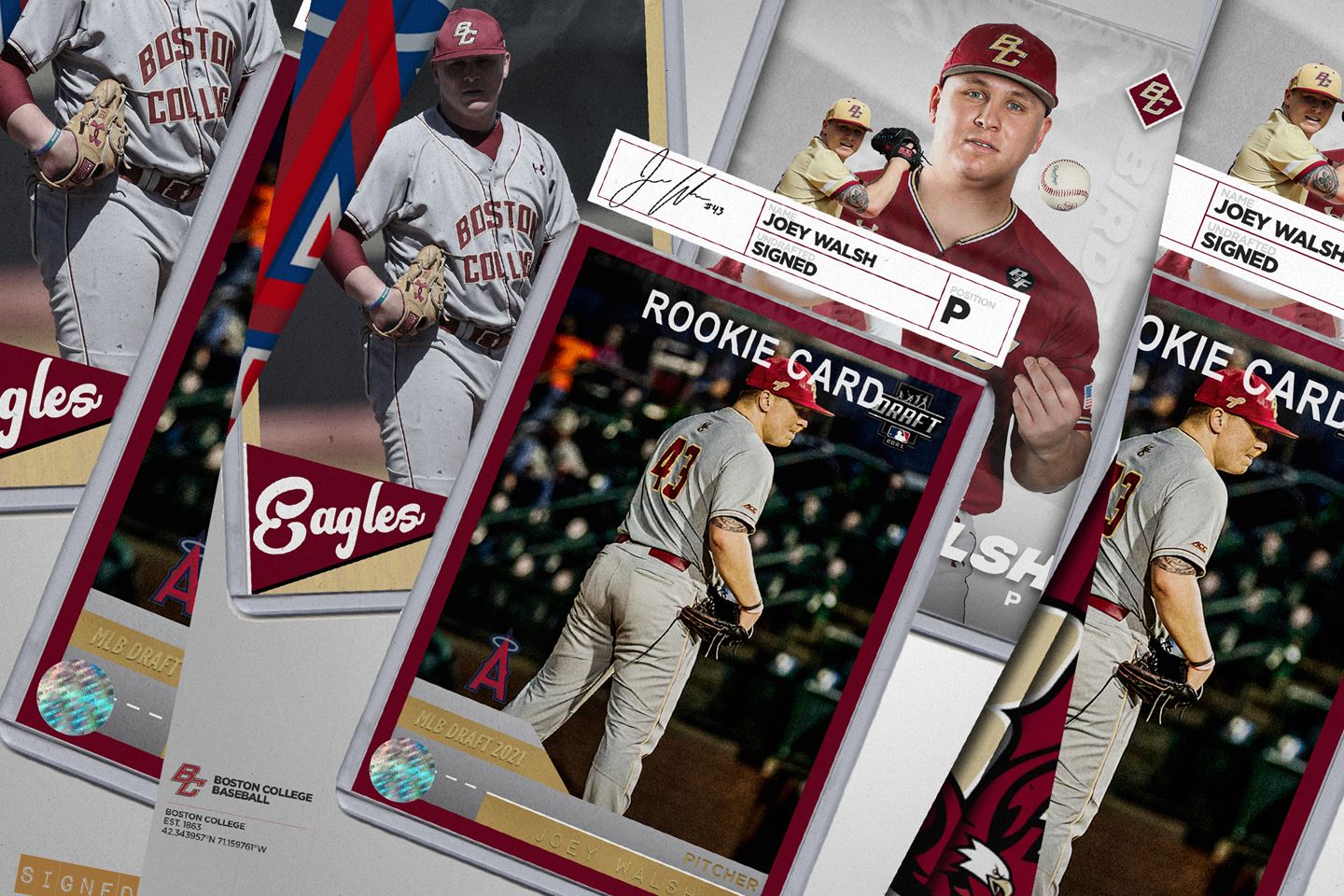 Walsh, who missed his freshman campaign due to injury in 2017, finished his career with 74 pitching appearances; the ninth most in program history. He won nine games, saved six, and totaled 131 strikeouts in 149.1 innings of work. In 2021, Walsh went 2-3 with a 3.71 earned run average, four saves, and 47 strikeouts in 41 innings.

Sal Frelick (Lexington, Mass.) was the first-round pick of the Brewers on Sunday night. He was followed by Cody Morissette (Exeter, N.H.) in round two to the Marlins and Emmet Sheehan (Darien, Conn.) in round six to the Dodgers. The BC trio is the first to be selected in the first 10 rounds of a single draft in program history.

Walsh is the fourth undrafted free agent to sign from Boston College since 2019. Joe Suozzi (Glen Cove, N.Y.) signed with the Mets after the 2020s abbreviated five-round draft. John Witkowski (Melrose, Mass.) and Thomas Lane (Georgetown, Mass.) each signed after the 2019 draft with the St. Louis Cardinals and Cincinnati Reds, respectively.