Frelick is the franchise’s career leader in batting average (.377) and stolen bases (31). He holds two of the top three single-season marks in team history as he hit .361 as a rising Boston College freshman in 2018 and a franchise-record .398 last summer, becoming the first two-time winner of the Futures Collegiate Baseball League’s (FCBL) Top Pro Prospect honor.

The Lexington, Mass., native saw time in both the infield and outfield over his 24 games for North Shore in 2020. Alongside a league-leading average, Frelick recorded 26 runs scored, 39 hits, a .473 on-base percentage, and a .592 slugging percentage. He reached base in all but two games after starting the summer on a 17-game hitting streak.

Following his first stint with the Navs for which he earned Perfect Game Summer Collegiate All-America honors, Frelick made an immediate impact in the outfield for the Eagles and was named the 2019 New England Rookie of the Year. He went on to hit .345 with 97 runs scored, 27 doubles, 12 home runs, 63 RBI, and 38 stolen bases over his three collegiate seasons. 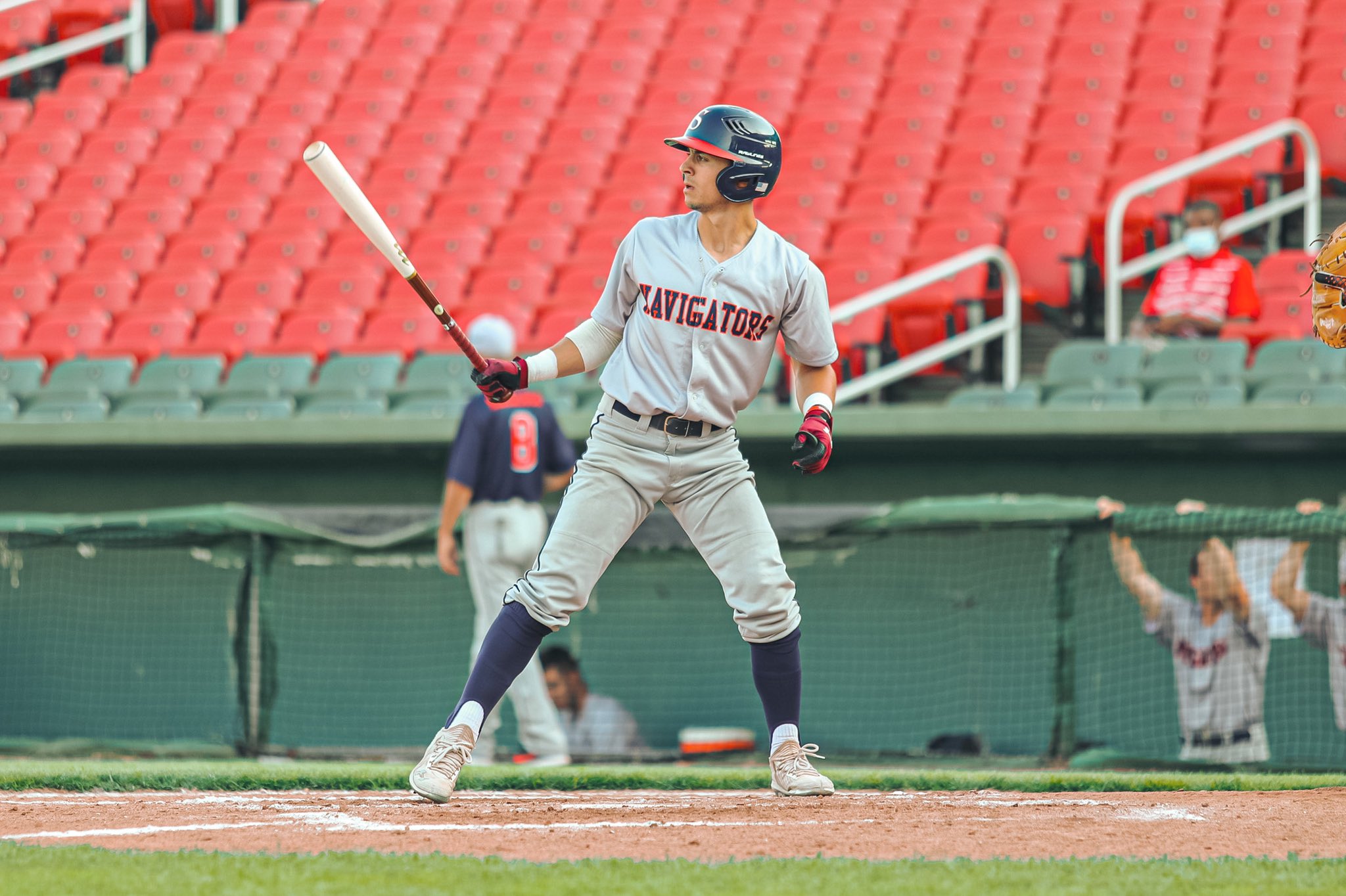 Frelick was an ABCA/Rawlings Gold Glove winner and earned ACC Defensive Player of the Year honors, finishing his junior campaign at BC without committing an error. The .359 hitter with 17 doubles this spring reached the 100-hit mark in 72 career games, faster than any player in program history.

Frelick initially moved to the college level after completing a standout high school career in three sports at Lexington. In addition to his baseball exploits, he earned Massachusetts Gatorade Player of the Year honors in football after totaling 52 touchdowns and more than 3,700 yards of total offense in the fall. He also captained the Minutemen hockey team.

The first Navs alums chosen in the first round played during the team’s initial tenure in its current home, the New England Collegiate Baseball League (NECBL). Florida State’s Sean Gilmartin (2009) was the No. 28 pick by the Atlanta Braves in 2011 and has pitched at the highest level for parts of the last six seasons, while Notre Dame’s Eric Jagielo (2011) was the No. 26 pick by the New York Yankees in 2013.

Useful Tips That You Need to Know Before Using Online Casinos

Jets Will Take Mayfield With Third Pick by Sportface

HBU Drops Opener to TAMU-CC. Brandon Bena goes 3-for-5 with 2B, RBI