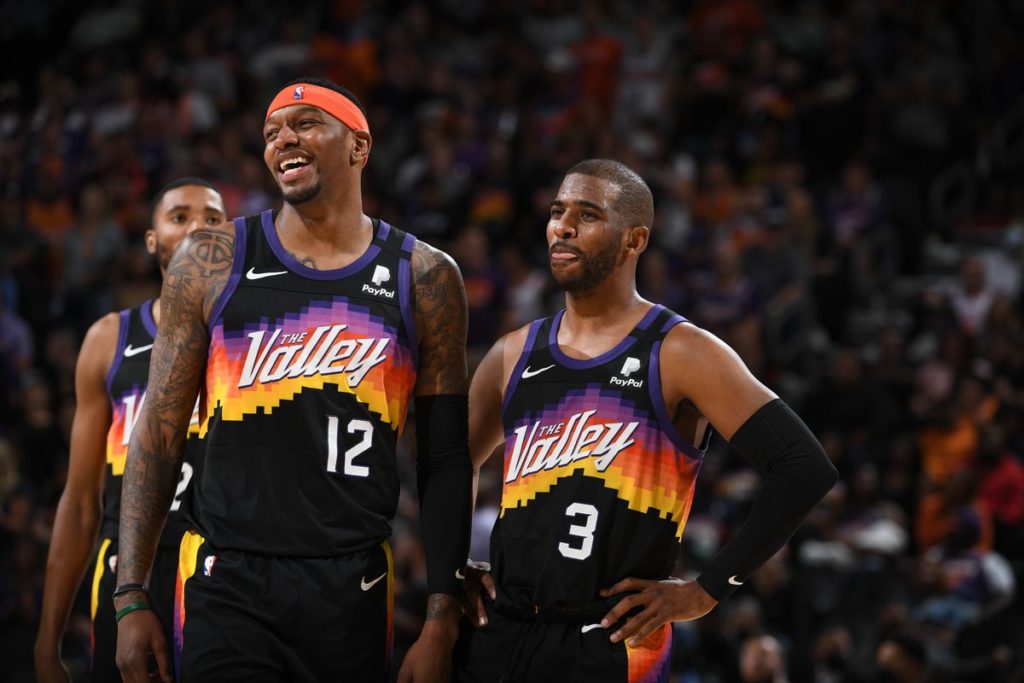 The 2021 NBA playoffs have been full of surprises as the Western Conference Semi-Finals have begun. One of the biggest surprises seen so far was the No. 2 Phoenix Suns eliminating the defending champion Los Angeles Lakers in six games. With the elimination of the Lakers, the Western Conference has opened up. The Lakers were expected to go to the NBA Finals and had one of the highest odds of winning the championship. The No. 1 seed Utah Jazz, No. 2 seed Phoenix Suns, No. 3 Seed Denver Nuggets, and No. 4 Seed Los Angeles Clippers remain.

The Los Angeles Clippers have begun to peak at the right time with back-to-back wins against the Dallas Mavericks. The superstar duo of Kawhi Leonard and Paul George are averaging 32 points and 23 points per game respectively. While the Clippers were able to get past the Dallas Mavericks, the Jazz are a completely different team. A top 5 team in both offense and defense, the Jazz are being led by a young superstar in Donovan Mitchell and three-time Defensive Player of the Year in Rudy Gobert. The Clippers lack dependable scoring options while the Jazz have 2020-21 Sixth Man of the Year Jordan Clarkson, Mike Conley, and Bojan Bogdanovic all averaging over 17 points per game. The Jazz also come into the series with almost a week’s rest, compared to the Clippers only having a couple of days rest. Mitchell led the way in game 1 scoring 45 points to give the Jazz a 1-0 series lead. Game 2 is tonight and a must-win for the Clippers.

The second matchup in the west Semi-Finals features the Suns and Nuggets. The Suns surprised many as they took out the LeBron James-led Los Angeles Lakers, giving James the only first-round playoff exit of his career. The team has been led by a young superstar in Devin Booker, who averaged almost 30 points per game in the first round. Superstar guard Chris Paul has not performed to his expectations following a shoulder injury suffered in the first round, but he has shown up big-time in this series. Deandre Ayton had a significant defensive presence against LeBron James and the Lakers, but he faces another significant challenge. Led by 2020-21 Most Valuable Player in Nikola Jokic, the Denver Nuggets have surprised the league and fans. Many assumed that the Nuggets would fall due to the loss of star guard Jamal Murray back in April, but the team has had a winning record since. While Jokic averaged 33 points per game in the first-round series against the Portland Trailblazers, Michael Porter Jr. has been a pleasant surprise, stepping up in Murray’s absence. Porter dropped 26 points in game 6, with 22 of those coming in the first quarter. The Suns have taken control of the series and after last night’s 123-98 win, they lead the series 2-0. Paul led the way with 17 points and 15 assists.

Out of all the Western Conference teams competing to reach the NBA finals, the Los Angeles Clippers have the most experience being led by two-time champion and two-time finals MVP Kawhi Leonard. If the Clippers were to make it to the NBA finals, it would be the first Finals appearance in the organization’s history. It would also be the first finals appearance for the Denver Nuggets if they were to reach the NBA Finals. The Utah Jazz have not reached the finals since 1998 and the Suns have not reached the finals since 1993. No matter which team comes out of the West, one this is for sure. If any of these teams win the NBA title, it will be the first in franchise history.

No matter which team reaches the NBA finals, they will have tough competition coming out of the Eastern Conference.