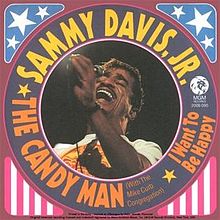 It’s baseball season, a time of rebirth, meaning more sunshine, more outdoor activities, and time to think about what the game means in the greater context of our lives.

I thought about this today after watching Wake Forest University play North Carolina State University yesterday on what had to be one of the most perfect days for baseball, weather-wise, in the 100-plus years the American past-time has been played.

It was quiet on the field, not much chatter. It looked as if the players had been standing on that field for 80 straight days and the monotony of standing there had lulled every one of them into having nothing to say or chirp about. That’s baseball, standing around for days and hours and months and entire seasons.

Then – in that sudden way so characteristic of baseball – a Wake Forest hitter cracked a line drive in the gap for a stand-up double. The stadium then played the classic song “Double Vision.”

The sweet sound of a wooden bat connecting with the sweet fat part of the barrel was enough of a sensory experience to make the whole afternoon worth the trip and price of admission. The playing of “Double Vision” was amusing and added to the fan experience.

Let me run you through some ideas for consideration.

When an umpire calls a hitter out looking at a third strike, and the hitter stares back at the ump showing displeasure with the call, the song “Listen to What the Man Said” should be played if the hitter is on the visiting team.

When a visiting team’s guy cracks a home run and struts around the bases doing the “shush” sign with his finger over his mouth, the stadium music team should play “You’re So Vain.”

If the visiting team’s picture gives up a home run, “It’s Too Late” should blare around the stadium.

If the home team has the bases loaded and the team’s clean-up hitter named Billy is at the plate and the team trails by one and there are two outs, all he needs to do is get a base hit and shouldn’t swing for the fence. Then play “Billy, Don’t Be a Hero.”

Or let’s say the visiting team’s base runner gets caught in a rundown between first and second base, in the middle of the play “Stuck in the Middle With You” should get cranked up.

If the home team’s pitcher has to get one guy out to extricate himself from a bases-loaded jam, “You’re the One That I Want” should play during his windup. The noise during the pitching motion will help distract the hitter’s concentration and make it more likely he doesn’t get a hit.

Shifting to the outfield, the stadium jumbotron should also show a close-up of the right fielder standing there, on a sunny day, doing nothing but waiting for something to happen but nonetheless looked content. Cue “Sunshine on Shoulders Makes Me Happy.”

When the opposing pitcher licks his fingers before every pitch, “Very Superstitious” should be played to throw him off his game.

When that same pitch beans the home team batter, crank this tune: “Hey, Won’t You Play Somebody Done Somebody Wrong Song.”

Beyond the playing field, there are plenty of other songs that could be played to enliven the games and enrich the fan experiences. As the candy man walks up and down the stadium aisles, “The Candyman Can” would turn up the atmosphere.

If the game was being played in Georgia and the stadium lights went out, the stadium (assuming the soundtrack remained on) could play “That’s The Night the Lights Went Out in Georgia.”

And finally, you could imagine this situation. The third baseman’s wife is pregnant and is sitting along the third baseline. 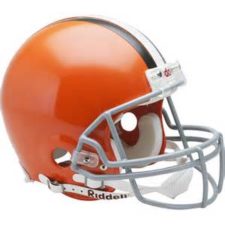 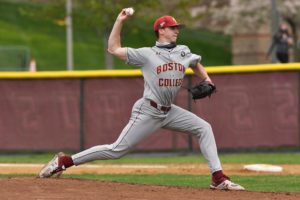 Next post Boston College Baseball: BC Edged by UMass in Amherst