Roy Williams Announces His Retirement from Coaching After 33 Years 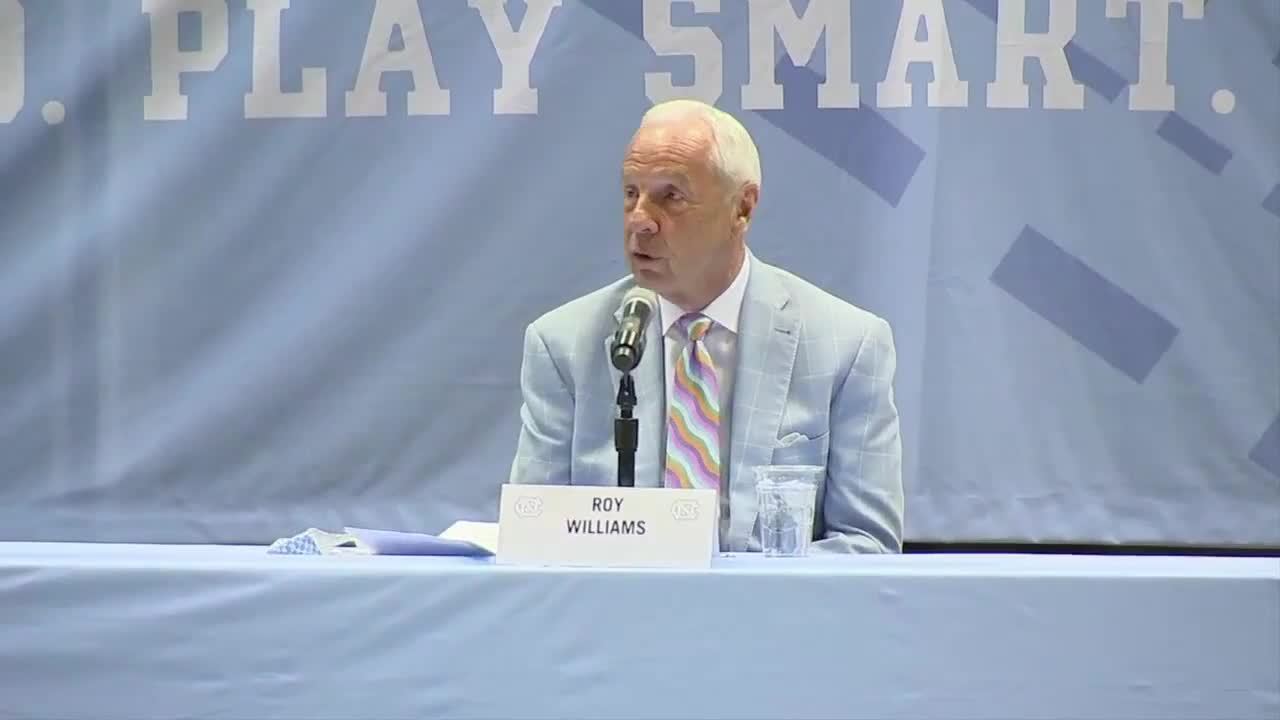 When the 2021-22 college basketball season gets underway a new voice will be manning the sidelines at Chapel Hill. That’s because, after 18 seasons at North Carolina and 33 overall, Roy Williams has decided to walk away from the game and the university that he graduated from. The 2007 Naismith Hall of Fame inductee leaves behind quite a resume to look at and applaud. He leaves the game with 903 wins and three national championships. The wins put him third all-time as a division one coach. His winning percentage of .774 is sixth-best in NCAA history. The titles were all won at North Carolina (2005,2009,2017). Before he landed at Chapel Hill, he spent 15 seasons as the head man at Kansas where he won 400 games. In fact, Williams is the only coach that can lay claim to winning 400 games at two different schools.

His resume is off the charts. He is third all-time in NCAA tournament appearances with at least 30. He led both the Tar Heels and Jayhawks to nine Final Fours which places him fourth all-time. He is second in tournament wins with 79, second in #1 seeds with 13, second in games played with 105, third in winning percentage at .745, and is tied for fourth in NCAA championships with three. He reached 900 wins in fewer games (1,161) and seasons (33) than any other coach in NCAA history. He is the second-winningest coach in Tar Heels history and third-most in Jayhawks history. His total number of wins is 100 more than any other coach in the history of college basketball. The NBA came calling quite often when it was time to draft players. Williams has 32 NBA first-round picks (22 at Carolina, 10 at Kansas). In all, 52 former players found their way to the next level that is the NBA.

In the Atlantic Coast Conference, Williams leaves an impressive mark for other coaches to try and chase down and surpass. He is third in wins with 212 regular seasons victories, third-most in road wins with 93, and fourth-highest winning percentages on the road all-time at .604. His overall record at North Carolina is 485-163. In the tournament, Williams-led teams went 45-13 for a .776 percentage at Carolina and when the Tar Heels made it to the final four they went 3-1, 4-1 in the National Semifinals, Williams won nine regular-season titles in the ACC. In the ACC tournament, he is 29-15 with three tournament titles.

The school will begin the task of finding the next head coach of the Tar Heels. The search will be of the national variety. One thing is for sure, whoever becomes the new head coach of North Carolina basketball will have quite an act to follow.