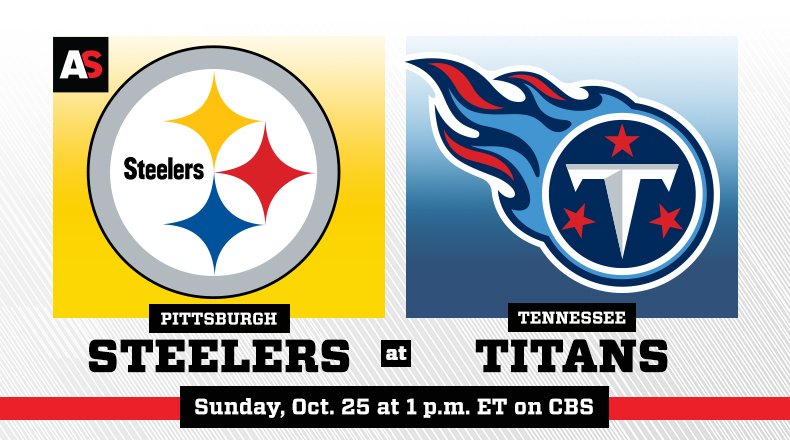 NASHVILLE- The Tennessee Titans vs the Pittsburgh Steelers will finally begin after what seemed like an eternity. The game was rescheduled due to a COVID-19 outbreak that hit the Titans hard. Now the game is back on schedule, it’s time to preview this intense matchup and a few other big games for this week.

Game of the Week:

The Steelers pass rush seems second to none. Although the Steelers offense needs to continue improving, the defense is looking Super Bowl caliber. Pittsburgh lost linebacker Devin Bush for the year but that shouldn’t stop Pittsburgh from keeping the momentum. Receiver Chase Claypool continues to look like the steal of the 2020 NFL draft.

Ryan Tannehill is a different quarterback from his Miami Dolphins days and just keeps passing the ball effectively. Derrick Henry will test the Steelers run defense as well.

Which team will stay undefeated? We’ll finally have an answer to that question.

However, Derek Carr, Henry Ruggs, Darren Waller and Josh Jacobs are putting up big numbers and lots of scoring drives. This will be a game that features a lot of points and will make old school football fans yell at their televisions.

Division matchups are always fun. You just never know what will happen. Will the 5-0 Seattle Seahawks stay undefeated? Can Kyle Murray, DeAndre Hopkins and Kenyan Drake put the first blemish on Seattle’s schedule?

The fact that two improvising quarterbacks go against each other makes this NFL game more intriguing. Can the league’s new number one quarterback Russell Wilson lead Seattle Seahawks to their sixth win of the season?

This Monday Night Game will be a really fun one and possibly a preview of a matchup we’ll see again in the playoffs. The Chicago Bears are a surprise team or perhaps THE surprise team of 2020. No one could see this coming.

The Rams are back to their winning ways after a disappointing 2019 season. What will happen in this exciting, vibrant, playoff atmosphere game at SoFI stadium? Bears starting quarterback Nick Foles continues to show why he’s the one starting as he has a quarterback rating of 83.9 this season. Rams quarterback Jared Goff is also enjoying a great season so far as he has 10,63 passing yards, six touchdowns and a 108.1 quarterback rating. This game looks to be a tossup but the Rams have the home field advantage. It will be a very close finish and this game could feature a last-minute comeback.

Enjoy all of your games from Week Seven in the NFL.