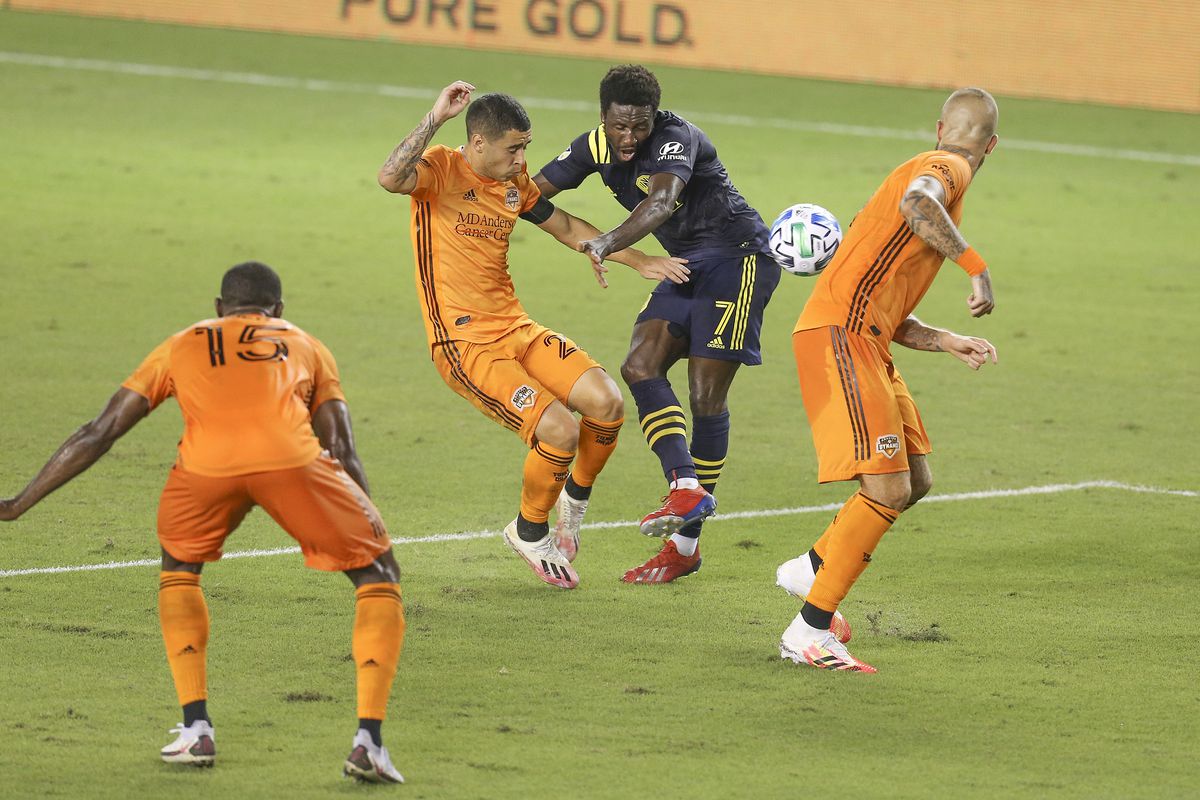 The Houston Dynamo dropped a 3-1 result this evening to Nashville SC at BBVA Stadium.

After a slow-paced first quarter-hour, Nashville broke through with the opening goal through midfielder Hany Mukhtar. The attacker drifted into space between Houston’s lines and ran onto a pass from forward Abu Danladi before rounding a defender and tucking a low rolling shot inside the left post.

The visitors doubled the lead four minutes later, this time with Danladi playing the role of finisher. After some nifty combination play in midfield, winger Taylor Washington got free along the left flank and whipped in a cross that found Danladi streaking toward goal, and the forward’s header was buried in the back of the net.

It was 3-0 in the 23rd minute after a free-kick goal from Mukhtar. Nashville’s no. 10 drew a foul 25 yards out, then stepped up to the free-kick and whipped a curling right-footed shot into the upper left corner of the goal.

Houston pulled a goal back in the 75th minute through forward Darwin Quintero. The Colombian skipped through the Nashville backline to get on to the end of a combination between forwards Christian Ramirez and Mauro Manotas. Manotas laid the ball off for Quintero, and he used the outside of his right boot to slip the ball into the back of the net.

A busy two-week stretch for the Houston Dynamo will conclude on Sunday when they head north to take on Minnesota United FC. The match will be Houston’s fifth in 15 days, though they will receive a much-needed midweek break afterward before turning around and hosting Columbus Crew SC on Oct. 24.