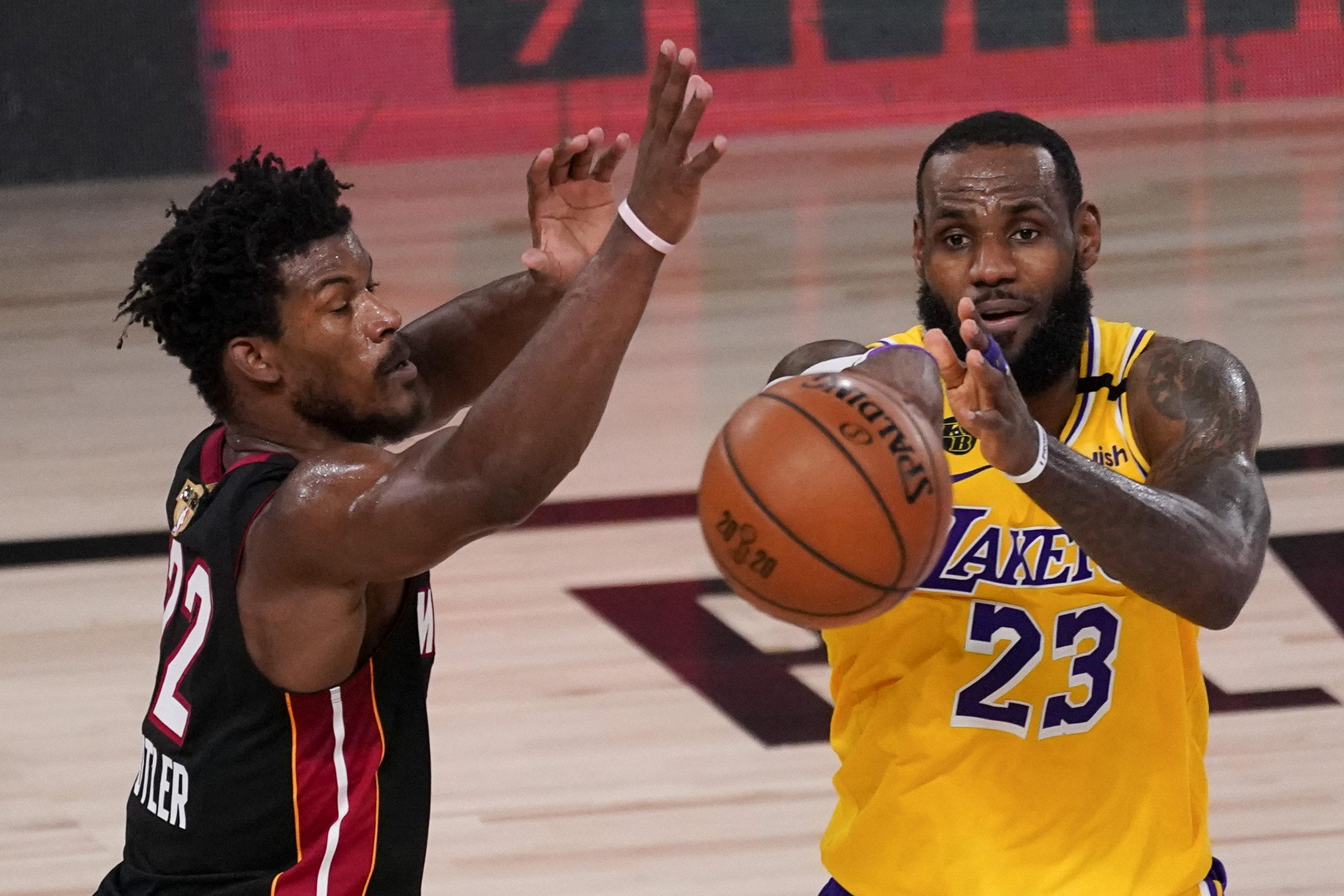 It was clearly written all over the face of LeBron James after Jimmy Butler had the game of his life to bring the Miami Heat back in these NBA Finals in Game 3. Butler would have a triple-double with 40 points, 11 rebounds, and 13 assists. But it was much more than the triple-double that bothered James. It was the fact that the Heat now believed they belonged in this NBA Finals as an equal to the Lakers.

As the most scrutinized player in the league, James’ macho was challenged. He was shown up for one game and watching and listening to Butler say “in trouble” late in the fourth quarter of Game 3 had to piss him off. He knew that if the Heat came back and won Game 4, his status and the status of this Lakers team would be in question big time.

So, with his legacy on the line yet again, James delivered a pre-game message to his teammates. He let them know what was pretty much obvious to the basketball world. This was a must-win game for his team and they could not afford to let the Heat back into this series.

With that said, James scored 28 points, grabbed 12 rebounds, and added eight assists in leading the Lakers to a 3-1 lead in the series. They can clinch the franchises’ 17th NBA championship with a win in Game 5 Friday night. This was not a done deal until Anthony Davis hit a 3-pointer with 39.5 seconds left to make it 100-91 LA. Davis would finish with 22 points, nine rebounds, and four assists to complement James.

For the Heat, the uphill climb now begins. The monumental task of winning three-in-a-row begins and ends with Jimmy Butler. He had 22 points in Game 4 and got back his big man, Bam Adebayo who chipped in 15 points and seven rebounds. But it just was not enough in a game that stayed close throughout the evening. It does not take a rocket scientist to figure out that Butker is going to have to be a monster if Miami has any chance of winning Friday, much less the series.

For LeBron James, his status as the GOAT will continue as he seeks his fourth NBA title ion 10 tries. One thing is for sure, he is going to give it all he’s got in order to climb the NBA Mt Rushmore once again.