ACC Football News and Notes: Four Teams in the Top 10 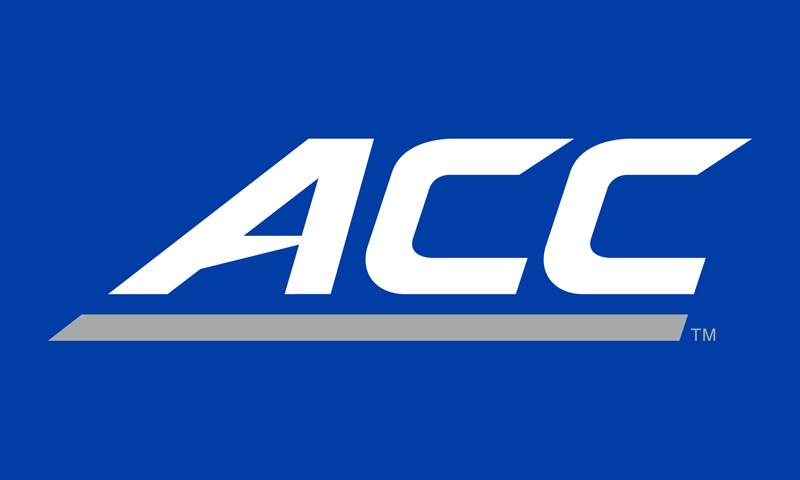 The first week of October is looking pretty good for the ACC. Five teams are ranked in this week’s AP Top-25 poll. And for the first time in league history, four of them are inside the Top-10. #1 Clemson, #5 Notre Dame, #7 Miami, #8 North Carolina. Virginia Tech rounds out the group in the poll. The Pittsburgh Panthers drop out of the rankings based on their loss to North Carolina State on Saturday.

Next weekend, the game of the week takes place on Saturday night before a nationally televised audience. The top-ranked Clemson Tigers (3-0, 2-0) will take on #7 Miami Hurricanes (3-0, 2-0). For the sixth straight season, Clemson has started 3-0 and after getting off to a sluggish start vs Virginia on Saturday night their starters got things rolling to get them the win over Virginia. Quarterback, Trevor Lawrence, threw for 329 yards and three scores with two of them going to wide-out Amari Rodgers. Running back, Travis Etienne ran for 115 yards and caught five balls for 75 yards out of the backfield. Etienne now has 38 straight games with at least a touchdown tying a record with Florida quarterback Tim Tebow and Louisiana Tech’s Kenneth Dixon. The Tigers defense did give up some yards in this rematch of last year’s championship game as Virginia outgained the Tigers 147-137 on the ground. It was a part of a 417-yard day for Virginia offense. Miami had the weekend off to get ready for this Saturday night huge game.

The Pittsburgh (3-1, 2-1) defense, heading into their game with the Wolfpack (2-1, 2-1), was one of the best in college football through the first month of the season. On Saturday afternoon, it looked anything but as N.C. State quarterback Devin Leary went for 336 yards in the air on 28 of 44 passing and four touchdowns. That included two in the fourth quarter to lead his team to the upset win on the road. Pittsburgh’s defense gave up 398 yards on the day, almost 180 yards more than they had allowed in their previous three games. Panthers QB Kenny Pickett did all he could to keep his team perfect on the season by throwing for 411 yards which is a career-high. He would also add two scores on the ground, but it would not be enough to stop Pittsburgh from tasting defeat for the first time this year, 30-29.

# 8 North Carolina (3-0, 3-0) was on the road Saturday afternoon taking on a Boston College (2-1, 1-1) team that has things heading in the right direction. Tar Heel quarterback Sam Howell completed 14 of 26 for 225 yards, running back Michael Carter ran for 121 yards on 16 carries. But in the end, it was an interception on a tying two-point try by the Eagles that secured the win for North Carolina and jumped them into the top ten in the poll. Trey Morrison picked off a Phil Jurkovec pass and returned it all the way to the house for a two-point score. The pick came with 45 seconds left in the game and gave the Tar Heels some breathing room to get the win at Chestnut Hill 26-22. Because of schedule reshuffling, the Tar Heels had two weeks off. However, starting next week with their game vs Virginia Tech, North Carolina will play six straight that will take them to Thanksgiving Day.

For Boston College, Saturday’s performance against the Tar Heels showed just how far this program has come since the coaching change. Eagles head coach Jeff Haffey has done an impressive job with this program since taking over. His offense has an All-American candidate in Tight End Hunter Long who is third in the nation with 25 catches, which also leads all tight ends in the country. On Saturday vs North Carolina, Long had nine catches for 96 yards. His quarterback, Phil Jurkovec, is putting up some numbers as well. He was 37-56 for 313 yards and two touchdowns. The 56 pass attempts are the most by a BC quarterback at home. Phil’s 37 completions are the second most at home since 2006. As good as the passing game has become, the running attack is still a work in progress. Against the Tar Heels, the Eagles could only muster 40 yards on the ground. A far cry from the days of A.J. Dillon running wild for the Eagles.

Virginia Tech (2-0, 2-0) has moved into the Top-25 thanks to a tough 38-31 victory over Duke. That was made even more difficult because the Hokies were missing 21 players and two full-time coaches because of injuries and the virus. Tech running back, Khalil Herbert, ran for 208 yards and two scores. His second touchdown came with 2:20 left in the game and was a 60-yard run. His other score came earlier in the fourth quarter and it was a 23-yard run around the left side that gave his team a ten-point lead with ten minutes left. For Duke, this season has already become one to forget. Their start of 0-4 overall and in league play, is their worst in 14 years.

Next week, we will be back with more from the Atlantic Coast Conference.