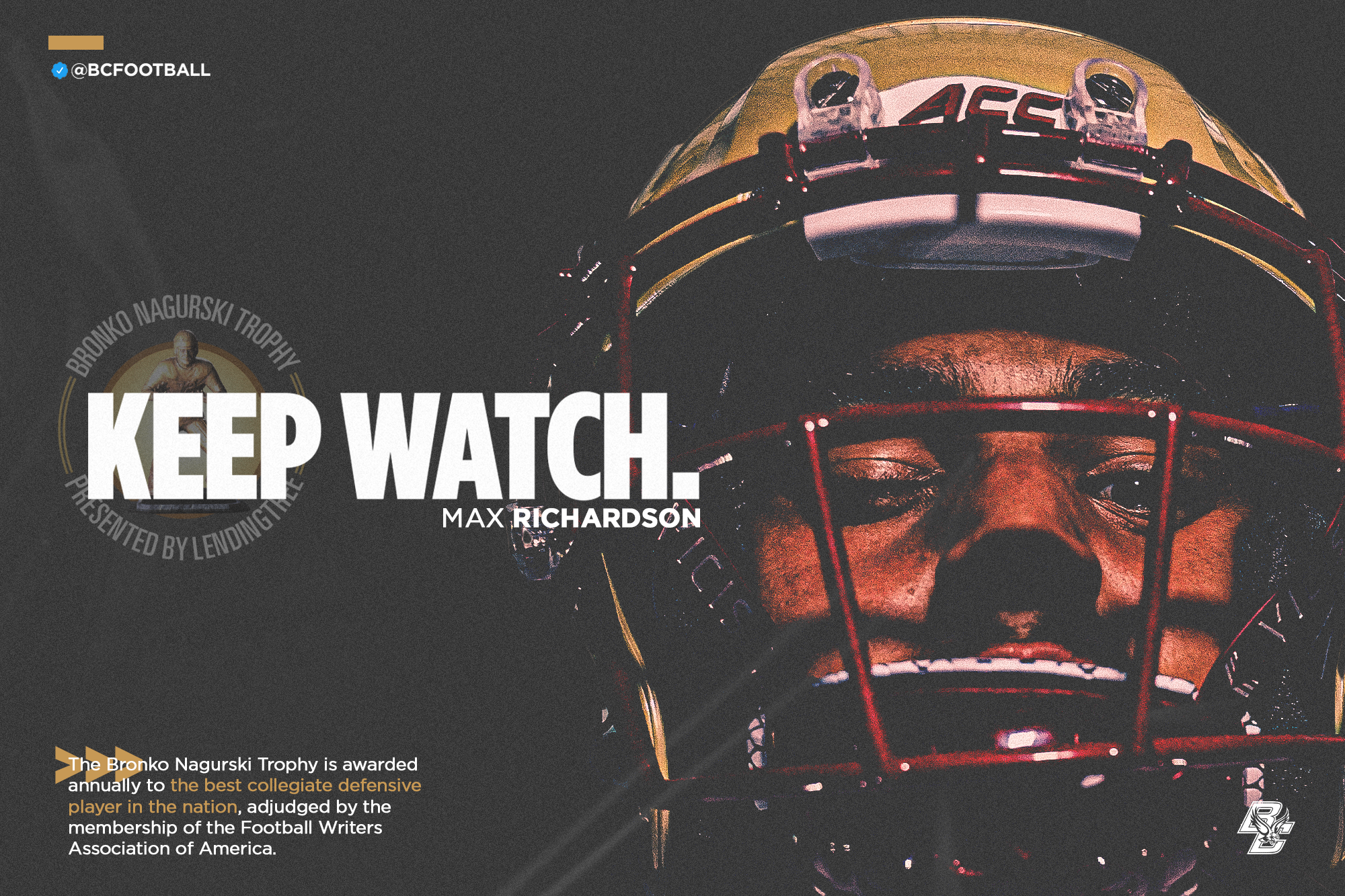 CHESTNUT HILL, Mass. –  The Football Writers Association of America, in conjunction with the Charlotte Touchdown Club, released its preseason watch list for the  2020 Bronko Nagurski Trophy presented by LendingTree today, selecting 98 defensive standouts from 66 schools in all 10 Division I FBS conferences plus independents on a roster that includes five returning players from last season’s FWAA All-America team and one from 2018.

Richardson was eighth nationally with 72 solo tackles in 2019 en route to being named to the All-ACC second-team. He led the ACC in solo tackles and ranked among the conference leaders in total tackles (108).

The Georgia native led Boston College last season with 14.5 tackles behind the line of scrimmage and added 3.5 sacks, two pass breakups, and one forced fumble.

Players may be added or removed from the watch list during the course of the season. As in previous years, the FWAA will announce a National Defensive Player of the Week each Tuesday this season. If not already on the watch list, each week’s honored player will be added at that time. The FWAA and the Charlotte Touchdown Club will announce five finalists for the 2020 Bronko Nagurski Trophy.

The winner of the 2020 Bronko Nagurski Trophy presented by LendingTree as the National Defensive Player of the Year will be chosen from those five finalists. The FWAA All-America Committee, after voting input from the association’s full membership, selects a 26-man All-America Team and eventually the Nagurski Trophy finalists. Committee members, by individual ballot, select the winner they regard as the best defensive player in college football.

The FWAA has chosen a National Defensive Player of the Year since 1993. In 1995, the FWAA named the award in honor of the legendary two-way player from the University of Minnesota. Nagurski dominated college football, then became a star for professional football’s Chicago Bears in the 1930s. Bronislaw “Bronko” Nagurski is a charter member of both the College Football and Pro Football Halls of Fame.